Goals for more diversity in trade and end-use markets will keep pulses in the rotation. 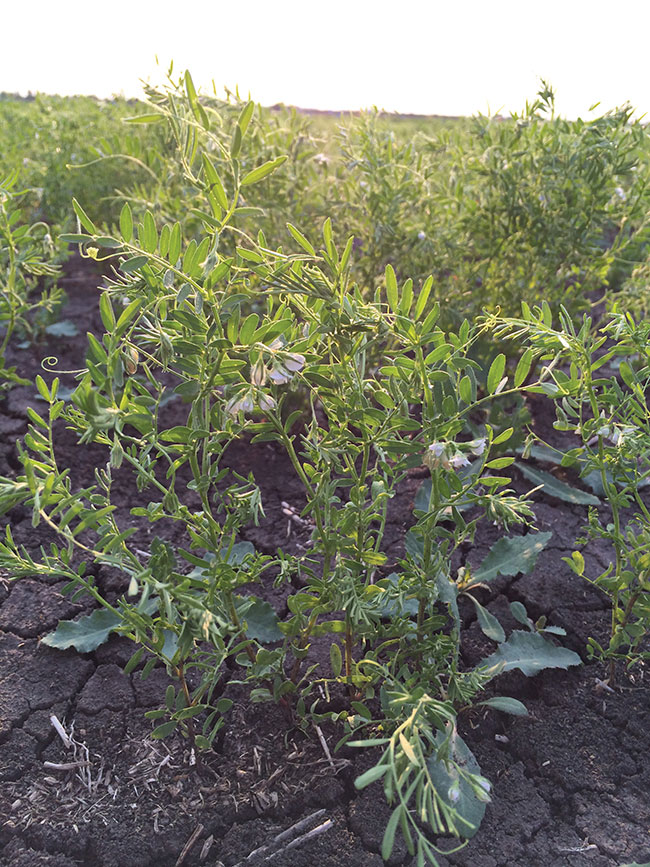 Canada exported more than two million tonnes of lentils last year, with more than a quarter of the total volume going to India. Photo courtesy of Ti Zhang.

In the 2016-2017 crop year, that relationship took an unexpected turn. India began imposing trade restrictions – both tariffs and quantitative restrictions – on peas and lentils, and added technical requirements for methyl bromide fumigation of shipments prior to their arrival in India.

As a result, Canadian pulse exports to India decreased by more than 80 per cent during the 2017-2018 crop year, says Mac Ross, director of Market Access and Trade Policy for Pulse Canada.

“That’s reverberated throughout the entire value chain and that was the big change that we saw from the 2016-17 year to the 2018 crop year. In 2018-2019 we’ve seen an increase in exports of lentils back to India, but peas are nowhere near the levels we were at in the past,” he says. According to Statistics Canada, 737,000 metric tonnes of lentils were exported to India in 2018-2019.

The reason for India’s restrictions on imports, Ross says, is that India is aiming for self-sufficiency in pulse production as part of a mandate to double farmers’ income by 2022. “India’s farmers represent a significant portion of its population and increasing farmers’ welfare is a top priority for the Indian government,” he says.

But that’s not to say the lentil situation is straightforward.
India recently added 26 weed species to its weed seed quarantine list without offering advance notification to export countries. This has resulted in “increased unpredictability” for lentil shipments clearing in India, he says.

Despite this, Marlene Boersch, a partner at Winnipeg-based Mercantile Consulting Venture Inc., says Canada had a fairly good year in terms of lentil exports, with just over two million tonnes exported, and 550,000 tonnes – more than a quarter – of the total volume going to India.

Canada had been sitting on a very large carryout in 2017-2018, with an ending stock of around 650,000 tonnes in 2018. Ending stock is projected to be around 500,000 tonnes the end of 2019. The good year will further reduce that carryout and restore normal supply/demand, Boersch says.

Predictions for producers
After India, Canada’s top lentil buyers are Turkey, Bangladesh, the United Arab Emirates and Egypt, Boersch explains. She predicts that despite ongoing restrictions from India, Canada’s lentil exports will remain steady or increase.

Turkey and Australia are Canada’s top competitors in red lentil exports, followed by Eastern European nations; in green lentils, our top competitors are the U.S. and, increasingly, Russia and Kazakhstan. To some extent, Canada’s export volumes are influenced by how well the crop performs in these nations.

But overall, Boersch says lentils are a relatively safe bet. “Pulses and lentils have been a very good crop for all intents and purposes. In spite of the problems with some protectionism in India, we’ve still had very good volumes traded over the last two years,” she says.

“We’ve had to work very hard to work down the excess production, and when you look at overall lentil production in the world, the overall production of lentils has reduced a little bit from that peak in 2016-17, so we’re getting much more into a balanced market,” she adds.

If India is short on pigeon pea and lentils this year, that market might open up a bit, Boersch says. From a longer-term perspective, she believes lentil will remain a “reasonably interesting” crop to grow.

Keeping trade doors open
The industry is also working hard to keep global doors open for Canadian lentils. With the Global Pulse Confederation, Pulse Canada has partnered with an Indian government agency to improve the relationship between India and pulse exporting nations.

“As India strives to meet its domestic policy goals of increased production and consumption of pulses, this partnership aims to ensure it is done in a predictable and transparent trading environment that allows pulse exporting countries like Canada to augment India’s domestic programs with imports when needed and
allows growers in Canada to make the best planting and marketing decisions. That’s a slower long-term process,” Ross says.

For example, there can be issues with clarity on how technical restrictions, such as acceptable weed seed levels, will be implemented.

Canada continues to work on smoothing trade restrictions on the technical side. “We feel we’ve more than demonstrated our ability to prepare shipments for export that meet their requirements and don’t require fumigation,” he says.

But Ross wants to underscore the fact that the health of Canada’s lentil market isn’t entirely dependent on our global customers.

“From a commodity association standpoint, market disruptions underscore the impact that a loss of market access in even one market can have on profitability of growers,” he says. “We need to diversify our end-use markets.”

Pulse Canada’s 25 by 2025 strategy aims to move 25 per cent of the country’s pulse production into new and diversified markets, including food, pet food and processing.

“There are bright prospects for Canadian pulses. We’re in the midst of a transition from relying on one or two markets to marketing Canadian pulses and pulse ingredients into new markets and applications that will have the greatest volume impact and focusing on the functional, nutritional and sustainability value Canadian pulses can provide over our competition,” Ross says.