Agronomically, there’s little debate: in the interests of pest control, soil management and long-term sustainability, most experts agree growers should hold to a four-year crop rotation. In practice, of course, economics will almost always trump agronomics.

Because canola and cereals usually capture the greatest returns per acre, growers now routinely push rotations way beyond the ideal. If, despite all advice to the contrary, you feel you absolutely must grow on a two-year rotation, carefully analyze and select for varieties (hybrids) that optimize the traits your operation needs most.

“Producers need to look at hybrids as a whole package. They need to consider a whole host of characteristics that will maximize the potential for top yield and great returns, from standability to days to maturity to harvestability to disease resistance,” says Leighton Blashko, market development specialist with Bayer CropScience. “Your needs aren’t the same from year to year, and the hybrids available are constantly improving. So staying up-to-date with what is available is a real key to success.”

Diseases that overcome genetic resistance and weeds that overcome glyphosate are arguably the two biggest operational concerns facing agriculture today. The inevitable results of over-tight rotations and excessive dependence on scientific solutions rather than good management, breakdowns in resistance are essentially a numbers game. Growing the same variety (in cereals) or hybrid (in canola) multiple times allows repeated opportunities for a disease to overcome genetic resistance. Likewise, replanting the same crop repeatedly is a far less integrated method of weed management, elevating the chances of weeds naturally selecting for herbicide resistance.

“It’s human nature to want to grow something you’re comfortable with, that you don’t have to risk the unknown on. But, growing the same hybrid over and over could be adding more risk – significant risk – to your operation,” says Blashko. “If a grower has an issue with disease, certainly one key decision-making factor will be opting for a hybrid that offers the most up-to-date disease resistance package to protect from new pathotypes.”

In Canada, a hybrid that is rated “resistant” to a particular disease may not be resistant to all pathotypes. This is an issue because there are as many as a dozen pathotypes of virulent blackleg, and at least five pathotypes of clubroot in the Prairie Provinces.

“Australia has a system that groups varieties based on how they perform against blackleg. For example, growers would know that varieties x, y and z are in the same genetic grouping, meaning they behave as if they have a similar type of resistance. So, they can rotate resistance groups the way we rotate herbicides here. They even have some ability to predict which strains of the disease will affect which areas so they can choose a hybrid to counter the expected disease strain,” says Keith Gabert, an agronomist with the Canola Council of Canada. “Until we start having access to information like that here in Canada, the only thing we know for sure is that, if you grow the same hybrid over and over, you are guaranteed not to get any benefits from rotation. If you switch hybrids, you’ll increase your chances of accessing different disease resistance packages.”

According to Blashko, in Australia blackleg infection is so bad they wouldn’t be able to successfully grow some of the hybrids grown here because yield loss would be so high. “There are currently no viable tests available in Canada to know what strains of blackleg a grower has in his field. Our resistant varieties are still working well; we’re not yet at the point of seeing hybrids break down and significant yield loss.

“If producers manage the resistance genes well, if they use them carefully as just one tool in the disease toolbox, we hopefully won’t get into a situation where we need to use the types of tests they have to do in Australia,” adds Blashko.

“Every hybrid is made up of a unique combination of a huge number of possible genes, making it different than any other hybrid, so each will draw resistance from differing genetics. You need to let science guide you,” he says. “We’re constantly trying to improve the level of disease resistance in our hybrids, so each newer generation of hybrid will have additional layers of resistance built on top of them.”

Just as selecting hybrids for their disease package can make a vital difference to countering disease resistance, so too can selecting for herbicide system make an important difference to staving off weed challenges.

“When we are talking about herbicide rotation, including a Liberty Link system will add more diversity into your system than Roundup because glyphosate already occupies a very significant place in most producers’ herbicide toolbox, given its use at burn-down and pre-harvest,” says Gabert.

Several companies now offer support to help growers make good hybrid decisions. Bayer CropScience, for example, recently released a simple, at-a-glance decision-making matrix on their website, BayerCropScience.ca/InVigor, that classifies hybrids by key attributes. This type of decision-making tool is particularly useful given the constantly changing nature of hybrid options. Most hybrids last in the market for less than a handful of years before being replaced by something newer.

No matter how good the matrix, of course, the success of your hybrid choices will be largely based on the knowledge you’ve acquired in previous seasons. 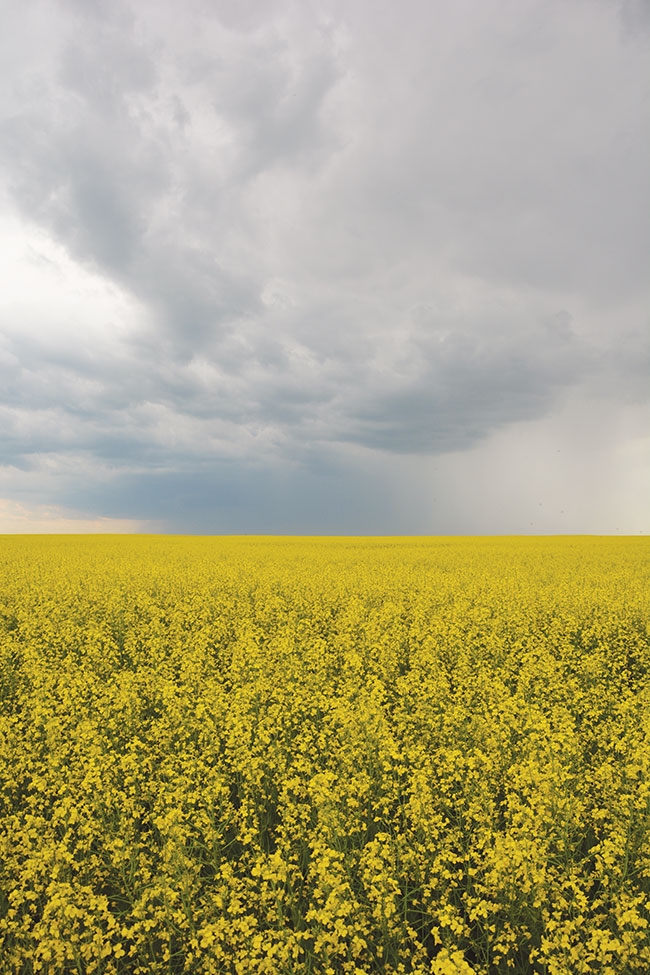