Delving into the mechanisms of stress response in soybeans could lead to more resilient varieties. 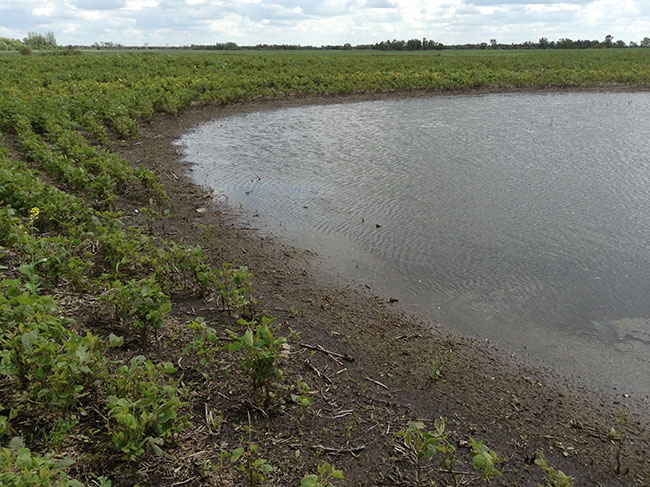 Manitoba researchers are working towards soybean varieties with better tolerance to flooding and other stresses. Photo courtesy of Manitoba Pulse and Soybean Growers.

In Manitoba, we experience moisture extremes where sometimes we have drought conditions but then it can swing back into a cycle of excessive moisture,” says Cassandra Tkachuk, a production specialist with the Manitoba Pulse and Soybean Growers (MPSG). As a result, having soybean varieties that could tolerate both flooding stress and drought stress would be a real advantage.

Claudio Stasolla with the University of Manitoba’s plant science department is leading some research that might eventually lead to such varieties. This research focuses on plant proteins called phytoglobins.

For about the past six years, Stasolla has been collaborating with Robert Hill, an emeritus professor in the same department, to investigate the roles of phytoglobins in different plant species. “Rob Hill was one of the people who really pioneered the discovery of phytoglobins in plants,” Stasolla notes.

Role of phytoglobins in improving crop tolerance to stressful conditions

More recently, Stasolla and Hill have turned their attention to the role of phytoglobins in protecting against various stress conditions in plants. One of the strategies that plants may use to better tolerate stress in their environment is to ramp up their production of phytoglobins.

“In very simple terms, phytoglobins are animal-like hemoglobins found in plants. Like animal hemoglobins, they are able to bind to oxygen. The most important function of these proteins in plants is that they scavenge, or remove, nitric oxide. Nitric oxide is a signalling molecule implicated in many developmental and stress responses. But during many stress conditions, high accumulation of nitric oxide causes damage to cells and tissue,” Stasolla explains.

“So we decided to manipulate these proteins to see whether we could alter the response of plants to diverse types of stresses including flooding, salt and drought.”

It may seem surprising that phytoglobins might reduce both flooding stress and drought stress, which seem like opposite problems. But Stasolla says, “Plants respond to diverse types of stress often, but not always, through similar mechanisms. And in several plant species, one thing that associates hypoxic response – hypoxic refers to low oxygen conditions [that occur in flooded soils] – to drought response is the high accumulation of nitric oxide, which induces cell death.”

One of Stasolla’s current projects is focused on the role of phytoglobin in helping soybean plants to tolerate flooding. Although previous scientific studies have proven that phytoglobins can alleviate hypoxic stress in some other plant species, no such studies had been done with soybeans.

This project started in 2016 and is funded by MPSG and the Manitoba Government. “This project has two objectives. One is to screen commercially available soybean lines for their ability to tolerate flooding conditions and correlate their ability to their phytoglobin level. So, the idea is to determine whether soybean plants with a naturally high phytoglobin level are more tolerant to flooding stress, whereas plants with a naturally lower phytoglobin level are more susceptible to this stress,” he says.

So far, both hypotheses have proven to be true. The researchers’ work with the commercial soybean varieties showed that all the varieties quickly increased their phytoglobin levels under flooded conditions, but some produced more phytoglobins than others.

As well, the researchers are looking into the possible use of phytoglobin as a molecular marker. Stasolla says, “We feel that phytoglobin can be used as a marker that could be very useful in soybean breeding programs. It could provide a way of quickly selecting breeding materials based on the expression of phytoglobins, to predict how the plants will perform in the field under flooding conditions and possibly other types of stress.”

They will also be digging deeper into the basic science around phytoglobins and plant stress responses. “We are very interested to determine why phytoglobins are expressed in specific cells in specific tissues and not others, and also what causes the production of higher levels of phytoglobin during a condition of stress,” he explains.

Getting clear on fundamentals first

“When studying stress responses, like any type of plant response, it is very important to understand the mechanism behind these responses before providing recommendations. These mechanisms can only be understood by engaging in some basic, fundamental research. Then, once we understand the mechanism, we can come up with practical applications that could be used to improve the situation.”

Tkachuk notes, “MPSG funds research all the way from discovery to applied to on-farm. This phytoglobin research is an example of that discovery-type, upstream research. Finding out about the role of phytoglobin in stress responses will give us a direction for possible new tools that could be developed. Discovery research like this is a necessary first step toward practical applications.”

If phytoglobin turns out to be a key to developing soybean varieties that are able to survive and thrive despite flooding and other stresses, that would help to reduce crop losses and boost the profitability and sustainability of soybean production on the Prairies.

“Soybeans are generally pretty tolerant to excess moisture, but prolonged flooding will hurt the plants,” Tkachuk says. And drought stress can be a major limiting factor for soybean yields. “Improved tolerance to these extreme conditions would be helpful for soybean growers across different regions.”

She adds, “This research could also provide an opportunity to improve soybean productivity across a field. For example, in a rolling landscape with depressional areas and hilltops, soybean varieties with improved flooding tolerance would increase productivity in depressional areas that have excess moisture. That could result in more uniform crop growth across the field. And a uniform crop makes everything easier for a farmer in the field operations throughout the season all the way to harvest. So anything we can do to get a more uniform crop is definitely a positive.”

EFFECTS OF PHYTOGLOBIN LEVELS
Examples of soybean plants fully submerged for seven days and then allowed to recover. 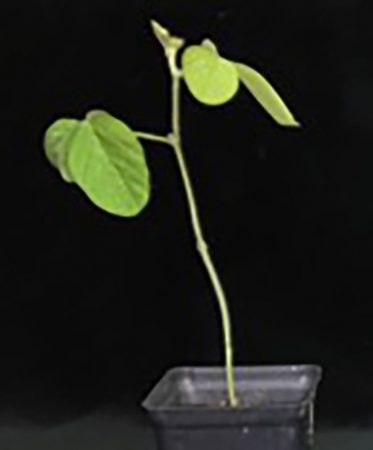 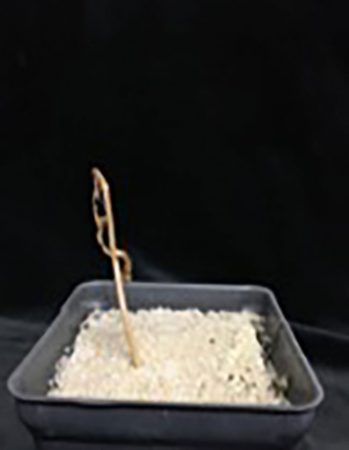 Control plant not exposed to submergence. 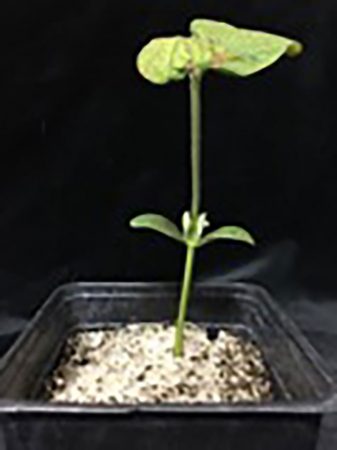