Long-term fertility trials are established and used across the globe. Unfortunately, for many reasons long-term trials are regularly discontinued. These trials are a wealth of data and information laden with golden nuggets of new and amazing insight. In this article, such nuggets gleaned from long-term wheat trials in Canada are presented.

The Swift Current “Old Crop” rotation is located in southeast Saskatchewan and was established in 1967. Swift Current is located in the driest portion of the Canadian Prairies and is known for its long, cold winters and short growing seasons. This report will focus on four of the original 12 treatments implemented in 1967: fallow-wheat-wheat (FWW) with N and P fertilizer (FNP); fallow-wheat-wheat with P fertilizer only (FP); continuous wheat with N and P fertilizer (CNP), and continuous wheat with P fertilizer only (CP). On average, all cropped treatments designated to receive P received nine to 10 kg P/ha/yr. The data, figures and results are derived from Selles et al. (2011).


The temporal trend in Olsen P levels was also assessed (Figure 1). All treatments showed linear positive trends that persisted for the first 20 years of the experiment. The P only treatments, CP and FP, maintained the increasing trend over the duration of 0.68 and 0.45 kg P/ha/yr, respectively. The rotations receiving both N and P created linear trends of 0.64 and 0.56 for CNP and FNP, respectively, for the first 20 years of the experiment then Olsen P stabilized for the remainder.

Many long-term trials have opportunity to incorporate split plots; the Old Crop rotation is one of those. In 1993, the researchers decided to split treatments receiving P fertilizer to provide an area in which P fertilization was discontinued. Withholding fertilizer P had no impact on grain yield in either treatment in the FWW rotation; however, 10 per cent reduction in grain yield was observed in the CW systems (Table 1). Selles et al. (2011) noted that the yield reduction in CW was not consistent; however, for both CNP and CP there were two years in which yield reduction was more than 35 per cent.

The results demonstrate that residual soil P accumulated during the previous 27 years (1967 to 1993) remained in forms readily available to the crop, confirming that in soils with high levels of residual P, crops rarely suffer production losses when fertilizer P is not supplied. 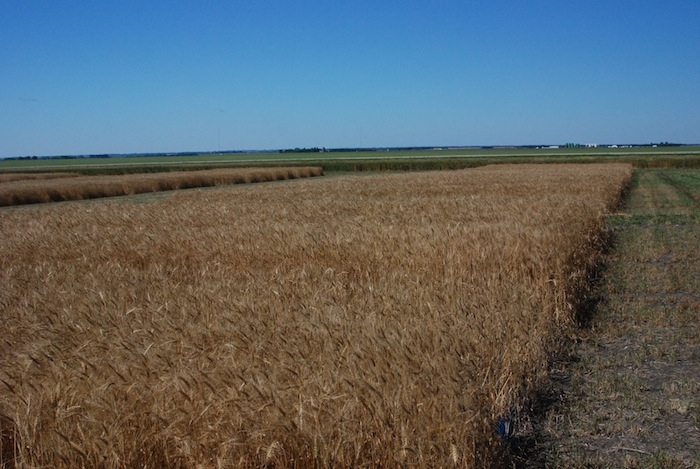 Residual P remains in forms readily available to crops. Long-term fertility trials are established and used across the globe.