Figuring out precisely how much nitrogen fertilizer Ontario farmers should apply to their grain corn is tricky business. For starters, nitrate – the form of nitrogen (N) in the soil that is readily available to plants – is highly mobile and susceptible to being leached away by rainfall. Therefore, the spring soil nitrate test that’s standard in Western Canada is not always useful in Eastern Canada, where rainfall tends to be heavier. 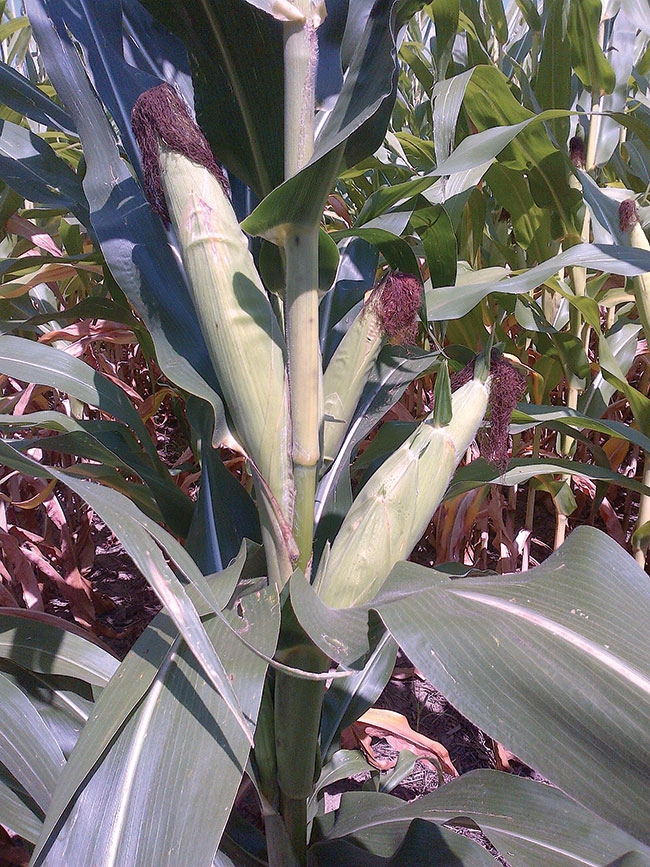 To further complicate matters, 95 per cent of the N in the soil is tied up in organic matter. However, this nitrogen only becomes available to plants once it has been converted into ammonium and nitrate by soil microbes. The rate of this conversion, known as mineralization, is weather-dependent and varies depending on soil moisture and temperature.

It’s crucial farmers get N fertilizer applications right on their corn crops. If there is insufficient nitrogen, both corn yield and profit will suffer. But applying too much is problematic too, resulting in environmental degradation as the excess nitrogen washes into rivers and lakes when it rains, or is emitted as a gas, resulting in poor air quality.

With more than three million acres of corn grown in Ontario, the stakes are high. Mehdi Sharifi, a research scientist at Agriculture and Agri-Food Canada in Summerland, B.C., estimates that if farmers could fine-tune nitrogen fertilizer recommendations to apply 20 per cent less nitrogen fertilizer without losing yield, they would collectively increase their profits by almost $1 billion. In 2013, Sharifi, who at the time held the Canada Research Chair in Sustainable Agriculture at Trent University’s School of the Environment, set out to improve Ontario’s N fertilizer recommendations for corn.

Sharifi took a two-pronged approach to his research. First, he wanted to be able to predict the potential capacity of Ontario soils to supply corn with N from soil organic matter. He also wanted to assess the ability of lab tests to predict how much N the soil could supply to the corn crop. This amount would then be accounted for in the N fertilizer recommendations.

During the 2013 and 2014 growing seasons, corn N response trials were conducted at 19 sites in Ontario, ranging from Ridgetown to Peterborough. Most of the sites were located on growers’ fields and were part of a nitrogen response trial conducted by the Ontario Ministry of Agriculture, Food and Rural Affairs (OMAFRA). At each site, four or five rates of N were applied, varying from zero to 180 pounds of N per acre (lbs N/ac). Soil samples were taken to a depth of 30 centimeters within seven days of planting and then sent to the lab for analysis.

Sharifi says the project proved Ontario soils have a significant ability to supply N to the corn crop from soil organic matter. Under optimum conditions, the potential release of N from the province’s soils ranges from 250 to 700 lbs N/ac. Sharifi stresses this amount represents the potential N release, which may take more than one growing season to achieve.

When comparing the usefulness of selected lab tests for predicting the soil’s capacity to supply nitrogen, Sharifi’s research team found the traditional pre-plant nitrate test (PPNT), which measures nitrate levels at planting, is a good predictor in most years. They also introduced the water soluble nitrogen (WSN) test as an alternative – and effective – predictor of soil nitrogen availability. The WSN test measures the total soluble soil nitrogen and the nitrate plus ammonium plus soluble organic nitrogen, and its results are more consistent across years. However, Sharifi points out that the WSN test has limitations. Not all soil labs are equipped for measuring WSN and the analysis is more costly than nitrate analysis.

The team also found that considering the texture of the soil enhanced the predictive accuracy of the soil tests. “Coarse- to medium-textured soils showed the most promising relationship between laboratory soil N tests and field-based indicators of soil nitrogen supply,” Sharifi says. “The heavy-textured soils showed more complexity and had variable and unpredictable responses.”

While the research project showed good potential for the lab tests to help fine-tune nitrogen fertilizer application rates, especially on coarse- to medium-textured soils, more field validation is needed. “The selected soil nitrogen tests need to be calibrated and validated over several years across the province in farmers’ fields before they will be ready to use in making nitrogen fertilizer recommendations,” Sharifi says.

Management practices were also found to have an impact on soil organic N forms – another area that should be studied in future research. Soil microbes are responsible for recycling organic N in soil, however, their populations, diversity and community structure are influenced by soil conditions and management practices.

The effect of climate change and the impact of new corn varieties will also need to be studied and the corresponding N fertilizer recommendations will have to be updated on a regular basis, Sharifi adds.

Now that he’s moved out west to work in British Columbia, Sharifi hopes his colleagues in Ontario will carry on this research.

The project was funded by the Grain Farmers of Ontario with assistance from OMAFRA, Trent University and the University of Guelph.