Features Agronomy Tillage
Improved costs with no till 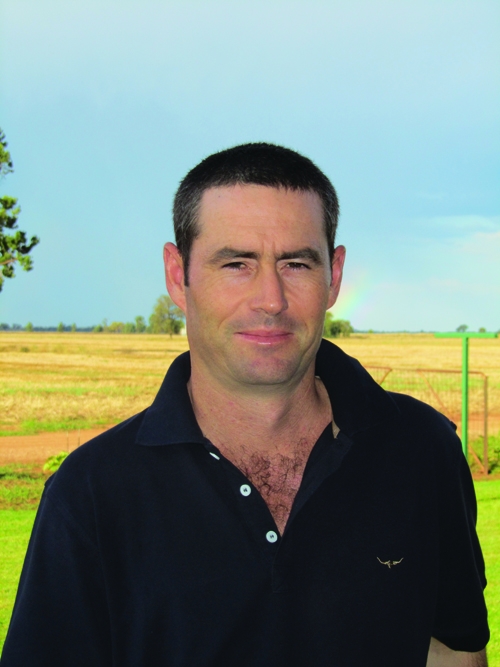 Adam, along with his wife Meggan, run a no-till, continuous cropping enterprise on controlled traffic near Tottenham, in Central-West New South Wales, planting 2000 hectares of mainly cereals over two properties, “Dysart” and “Lansdale.”
The farm switched to no tillage about eight years ago. Adam says, “We haven’t seen any great yield increases, but it’s the cost efficiencies associated with the system that pushed our operation along and we’ve . . . rationalized our machinery fleet.”

“In the last eight years, we’ve halved our fuel consumption and doubled our area of acreage.”

He says no till has generally proven to be very efficient when compared to conventional systems, generally not resulting in any great yield increases, but giving major savings and benefits in sustainability.

Adam would like to focus on machinery cost efficiencies, including machinery requirements, fuel efficiency, hectares to hour of operation, ability to multi-task and the minimum amount of capital outlay needed to operate a broad-acre no-till farm business. He says, “This gives the potential to decrease fixed and variable expenses, without sacrificing your capability to still do the task in a timely manner. I believe this area alone could provide some major leaps forward in overall farm profitability.”

Cropping in a marginal environment as he does means always striving for cost efficiencies, but in being awarded a Nuffield Scholarship last year, he took it one step further.

“I guess the reason I had such a focus on cost efficiencies was due to our risk profile for farming in such a marginal environment, and so reducing our costs was a way of reducing our exposure to poorer seasons and just taking a bit of the risk out of it.”

“On my personal study, I went back to Canada, the US, then on to the UK, then across through western Europe before returning back to Australia.”

“In particular, the western areas of North America are probably very similar to our area of farming, and most of the machinery we use is manufactured in that area. I also had a keen interest in going to Europe as just about every other industry within Europe is highly efficient, so I guess I wanted to pursue that and see where it would take me.”
However, Adam quickly came to the realization that he wasn’t going to learn as much about cost efficiencies as he had hoped.

“The most startling point I realized early on was that everyone really informed me that the Australian system was amongst the most efficient in the world.”

Instead Adam decided to look at what was driving the high levels of capitalism in machinery in other countries. What was different about their systems as compared to Australia?

Throughout the many months of his travel, he realized there were really six forces driving machinery expenditures in different countries:

In countries where there are likely to be adverse weather conditions, such as Canada, everyone needs to be running equipment at the same time. With so few growing days, the yield impact of missing even a few days can be dramatic.  Thus there are fewer opportunities to share equipment or to use older equipment.

The availability of low-cost labour is a major factor. In Adam’s travels through countries such as Brazil and China, there much is less need for machinery efficiency as there are people willing to do manual work. In the Canadian, US and Australian systems, however, labour is in short supply and costly, leading farmers to spend more on highly efficient and larger equipment.

In his travels around the world, Adam was introduced to many different types of soil and, especially in the UK, saw major issues with soil compaction. Again, poor soil requires more specialized equipment, increased fuel costs, increased labour costs and more.

Farming in an area of marginal production also is a driver for efficiency. In such areas, farmers operate on a larger scale, with greater risk, and a correlation was noted that the more marginal the land, the bigger the equipment.

Adam noted that sometimes equipment purchases are not made due to any efficiency gain, but rather as an expensive form of consumerism.

But when it all came down to summarizing what he learned, the answer he came up with was really about risk. All over the world, minimizing exposure to risk is what drives farmers – whether the risk is climatic, financial or of another type. And for Adam, on his farm, he will continue to look for opportunities to do just that.

The Nuffield Farming Scholarship Program operates in nine countries around the world including Canada. Scholarships are awarded to enthusiastic individuals, between the ages of 25 and 45, who wish to explore topics of their choice in agriculture, land management, horticulture or the food chain.