Soil sampling has a long history of use in cropping systems across Canada, and continues to be a mainstay of nutrient management planning and fertilizer recommendations today. The basic principles of soil sampling and soil testing haven’t changed a lot over the years; however advancements in cropping practices, machinery and technology, new crop genetics and need for increased application of fertilizers have resulted in advanced techniques and management strategies.

According to Tom Jensen, director of the North American Program with the International Plant Nutrition Institute (IPNI), soil tests are very useful and even growers who don’t use them can actually benefit as well. “Fertilizer rates and recommendations are based on average soil tests and area conditions, along with target yields,” he notes. “Growers will usually take the recommendations and adjust them based on their experience and target yields for their crop. Without soil testing, growers may under fertilize or over fertilize, both [of] which can impact yields and profits.”

Typically in Western Canada, farmers regularly soil sample fields once every three years, primarily to monitor phosphorus (P) and potassium (K). Sampling and testing for soil nitrate N, to estimate available N and sometimes ammonia, is very useful, particularly in crop years with unusual weather. For example, in 2013, Western Canada had some of the highest average crop yields ever, and it was very useful for farmers to soil test prior to planting in 2014.

“In Western Canada and the Northern Great Plains, fall soil testing is quite reliable, although it is weather dependent,” Jensen says. “Fall sampling works well for drier, cooler climates; however, for nutrients such as N in areas with warmer milder winters, spring soil testing provides more reliable results, as some N present in the fall could be leached and denitrified before spring planting.” Soil samples are usually taken at a 15 cm (six-inch) depth for most less-mobile nutrients such as P and K, but to a 60 cm (24-inch) depth for N.

In Ontario, fall soil sampling is common for most nutrients, except for N. According to Adam Hayes, soil management specialist with the Ontario Ministry of Agriculture, Food and Rural Affairs (OMAFRA) in Ridgetown, many growers will try to sample at the same point in the rotation, so they soil test every three to five years in late summer or early to mid-fall prior to corn for P, K, secondary micronutrients and pH to a 15 cm (six-inch) depth.

“Winter wheat and most cereal crops are harvested between mid-July and mid- to late August,” Hayes says. “Once cereal harvest is complete, growers have the opportunity to soil sample to prepare for the next corn crop and make sure fertility is up. Growers are encouraged to have the sample analyzed for organic matter as well, as levels are dropping in many fields. Sampling for nitrate N is typically done in a corn crop just prior to sidedress timing to a 12-inch depth.”

The challenge with soil sampling has always been, and continues to be, how to sample appropriately and get the best representative sample of the field or management zone. In earlier years, a series of random samples from across one field were typically mixed together to create one sample for an entire field. Over the years, strategies such as benchmarking and grid sampling were used to gain a better understanding of variability in different areas of a field. As GPS technology and advancements in precision farming and variable rate application of crop inputs improved, fields tended to be divided into reliable stable management zones and representative samples were taken for unique zones.

“One of the ways to get a better average sample is to take more random samples across the field or areas,” Jensen says. “Although pure benchmark sampling is not as popular as it was a few years ago, growers or crop consultants often use random sampling with GPS and will tend to go back very close to where they sampled previously.”

He says another sampling technique some crop consultants are starting to use is to take a small slice (two centimetres) of soil across the seedrow as a way to collect from areas that are banded and not banded to get a better representative sample.

Hayes says crop consultants and growers today often use a combination of information and knowledge of the field to direct where soil sampling should take place. “Many growers will combine information gained from yield maps, satellite imagery, electrical conductivity maps, topography and other crop imagery with their knowledge of each field to target sampling. Consultants use automated probes on ATVs and GPS for sampling to either record sampling sites or to follow a pre-set sampling pattern in the field. Many suppliers offer a service that puts the GPS locations and soil test results into a mapping program to average out between the points, before turning that information into recommendations.”

The principles of soil testing and analysis in the lab haven’t changed significantly over the years, although automation and new technologies have made improvements. “In some cases, advancements in equipment and increased automation have increased the accuracy of results,” Jensen explains. “Auto-analyzer type analysis equipment and adapted soil extraction procedures are used to replace some of the older, labour-demanding wet chemistry analyses, and overall the results are still very acceptable.”

Advancements abound
Other significant advancements over the years include farming practices, and machinery and fertilizer application technologies. There was a long history of broadcasting fertilizer and working it in at seeding when tillage was the predominant practice. As growers began to switch to conservation tillage, direct seeding and no-till practices, they also moved to banding fertilizer and other strategies, and away from broadcasting. Precision farming and variable rate technology have also changed how some growers apply fertilizer in their operations. Soil sampling and testing are very important to these advancements.

“Research in the 1980s showed that banding fertilizer was much more beneficial than broadcasting by fertilizing the crop and not the weeds,” Hayes says. “Corn growers traditionally relied on broadcasting N, working it in and then planting the crop. Growers moved to side-dressing N in-crop at the time the corn is starting to ramp up its N requirements. Anhydrous ammonia was used a lot as it was less expensive, but also riskier. Many growers now use liquid N as a side-dress. As fields are getting larger in Ontario, a number of growers are choosing to use liquid fertilizer, even if it costs a bit more, because they can quickly refill applicators and cover more acres in a day.”

Jensen adds there is also an increased use of plant sampling and analysis along with soil sampling. “Especially with higher value crops, growers have more invested in seed and fertilizer, and are monitoring to ensure they have the right nutrient plan in place. There are also new technologies being developed for in-crop variable rate application. As those technologies, such as crop imaging, NDVI (Normalized Difference Vegetation Index) and other tools become more refined, we will likely see more growers using on-the-go application of some nutrients.”

Fertilizer forms haven’t changed much over the years – until recently. “We are starting to see new options such as controlled release products, additives for urease and nitrification inhibitors, and new technologies for applying micronutrients as a seed or seedrow fertilizer dressing or foliar application to improve distribution of less mobile nutrients,” Jensen notes. “There are also some pretty exciting advancements in compound fertilizer products, such as mixtures of nutrients in one fertilizer granule. Although Europe has been doing this for a long time, we are starting to see these products available in Canada. For example one new product has nitrogen, phosphorus, sulphur and zinc in the same granule, which puts more bits of zinc distributed along the seedrow, resulting in better crop utilization.”

Soil sampling and testing will continue to be an important tool for growers striving to optimize nutrients, yields and profitability. There will also be valuable tools for other programs, such as environmental footprinting and sustainability, reducing greenhouse gas emissions and nutrient management planning. 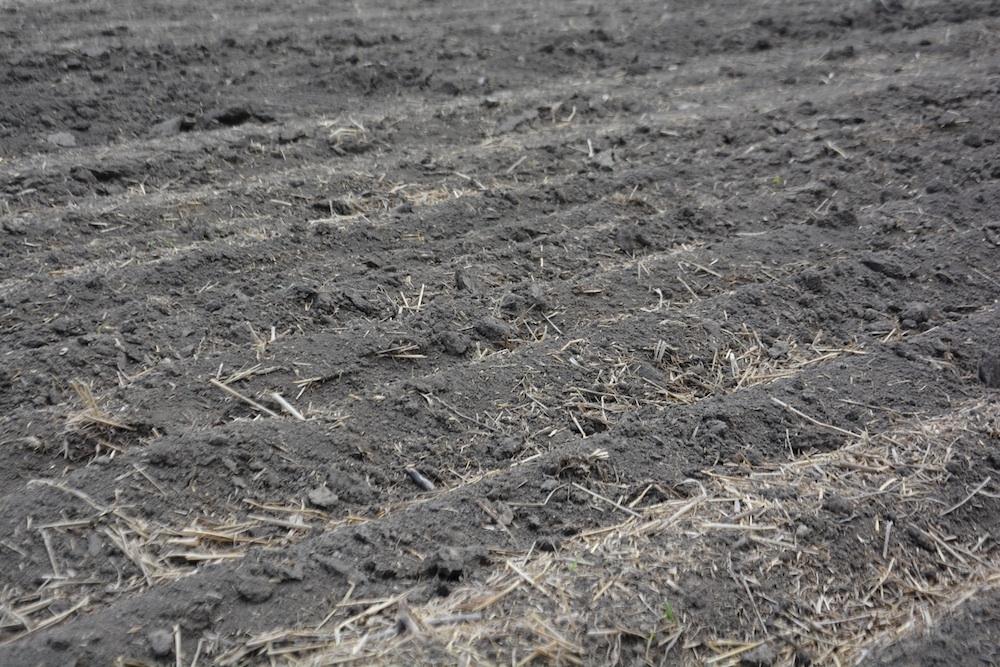 Depending on the area Soil sampling has a long history of use in cropping systems across Canada.