Does no-till increase the concentration of phosphorus in tile drainage water? That’s the question researchers set out to answer with plots on three farms in southern Ontario.

While no-till has long been touted for its ability to reduce phosphorus (P) losses in field run-off by minimizing the amount of phosphorus leaving farm fields attached to soil particles, recent research raised concerns that phosphorus levels in tile drainage from no-till fields were higher than from conventionally tilled fields.
A group of long-time no-till farmers, called the ANSWERS group, wanted to see if this was the case on their own farms under their management practices. The farmers approached the government and researchers in order to set up a scientific study.

Funding came from Environment Canada’s Lake Simcoe Clean-Up Fund, the Ontario Ministry of Agriculture, Food and Rural Affairs (OMAFRA), the Agricultural Adaptation Council’s Farm Innovation Fund and the Grain Farmers of Ontario. “It was a collaboration between researchers, farmers and government,” says Merrin Macrae, a researcher from the University of Waterloo. Macrae was involved in the project, along with Ivan O’Halloran, University of Guelph (Ridgetown), and Mike English, Wilfrid Laurier University.

The results were good news for farmers who have adopted no-till. There were no significant differences in the P losses between any of the tillage treatments, Macrae says.

The multiple-site, multiple-year project took place from 2011 to 2014 on farm fields near St. Marys and Innisfil under a corn-soybean-wheat rotation. A modified no-till system had been in place at both locations for several years prior to the study. This system is a predominantly no-till system but with some shallow tillage at one point during the three-year crop rotation, for example, following winter wheat. This tillage system is referred to in the study as reduced till (RT); the other two tillage systems in the comparison were strict no-till (NT) and annual disk till (AT) treatments.

Tile water was monitored for three years for each of the tillage treatments. The tile drains were intercepted at the field edge (below ground) to capture edge-of-field losses at each study plot. Discrete water samples were collected from each tile using automated water samplers triggered by tile run-off. The weather was also monitored.

Tillage type did not affect either the dissolved reactive phosphorus (DRP) or total phosphorus (TP) concentrations or loads in tile drainage. Both run-off and phosphorus export were episodic across all plots and most annual losses occurred during a few key events under heavy precipitation and snow melt events during the fall, winter and early spring, Macrae explains. The study shows the importance of crop management practices, especially during the non-growing season, she says.

Both tile drainage flow and phosphorus losses were lower than the researchers expected, Macrae says. Previous studies suggested about 40 per cent of precipitation leaves cropland in tile lines but in this study that proportion was significantly lower.

Macrae admits the researchers were surprised there wasn’t more dissolved phosphorus in the tile drainage water from the NT and RT sites due to the increased presence of macropores and worm holes. However, she points out that these farmers also use best management practices (BMPs) for phosphorus application in addition to using a reduced tillage system. For example, the farmers apply only the amount of phosphorus that the crop will remove. The phosphorus fertilizer is also banded below the surface instead of being surface-applied.

Macrae believes soil type also plays a role in the amount of dissolved phosphorus leaving farm fields in tile lines. “These sites were not on clay soils,” she says. “Clay soils are more prone to cracking, which could lead to higher phosphorus concentrations in tile lines.”

The research highlights the importance of bundling BMPs, Macrae emphasizes. “It’s not just tillage. Farmers should adopt a 4R’s approach: right source, right rate, right time, right place.”
Macrae also says farmers should do what they can to ensure nutrients stay in place, such as maintaining good soil health, using grassed waterways, riparian buffer strips and water and sediment control basins (WASCoBs) where needed, and carefully choosing when and how to apply nutrients.

“Since most of the water movement occurred during the non-growing season, the study showed the importance of how fields are left in winter and why it is important to not spread manure in winter,” she says.

The variability of rainfall intensity, duration and timing will also impact phosphorus losses, she adds.

In future, Macrae hopes to study the impact of tillage on phosphorus losses from clay soils as well as the impact of other management practices such as manure application and cover crops. 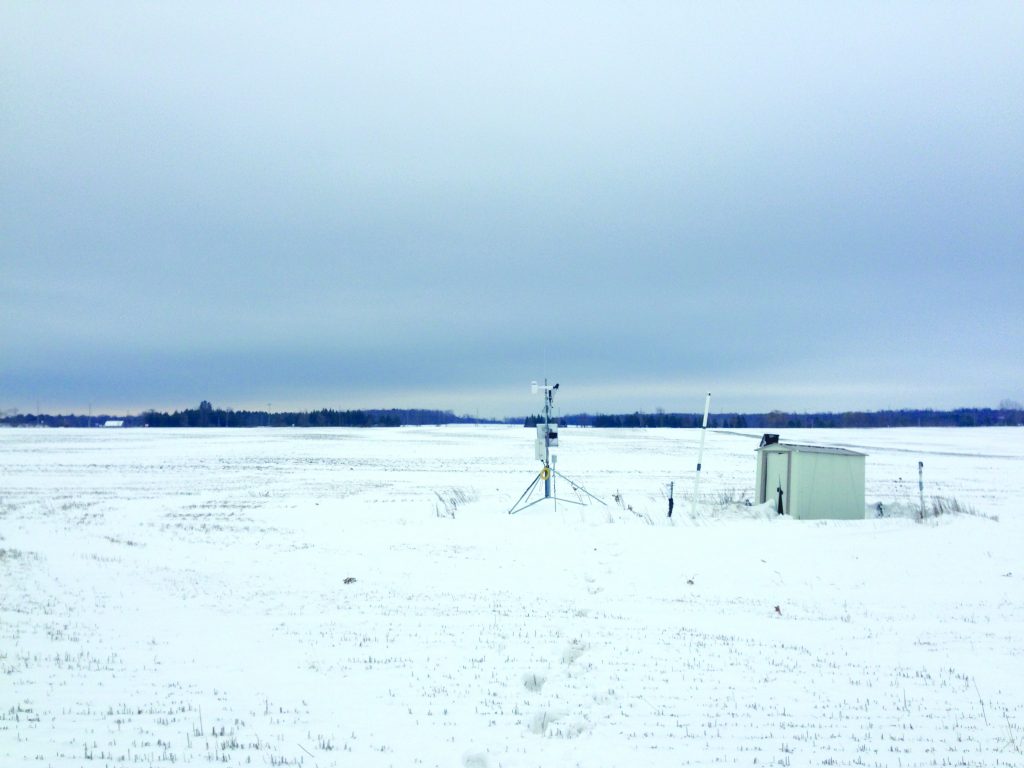 
Related
Tile drainage comes to central Alberta
Occasional tillage OK to get rid of ruts on long-term no-till soils
Scientists say no longer any doubt about impact of pesticides on bees
Crop rotation study: Evaluating the impact of forage crops on profitability