Mar. 1, 2012, Duluth, GA - Hesston by Massey Ferguson  is going back to its roots by sponsoring the Wrangler National Finals Rodeo (WNFR) in 2011 and plans to continue this sponsorship in the years to come. Hesston was a long-time supporter of the Professional Rodeo Cowboys Association (PRCA) and the Wrangler NFR, beginning in 1974. Now Hesston by Massey Ferguson is carrying on the tradition by becoming the official farm equipment company of the PRCA with high visibility during the PRCA-sanctioned WNFR.

“We are proud to again be an official sponsor of this exciting event,” says Todd Stucke, director of hay and harvesting for Hesston by Massey Ferguson. “Just as rodeo and hay production have a shared heritage in the West, Hesston’s sponsorship of the WNFR is an important part of our heritage that we wish to continue.”

The WNFR, held in Las Vegas from Dec. 1–10, is sanctioned by the PRCA, the largest and oldest rodeo-sanctioning body in the world and the recognized leader in professional rodeo.

The WR Series includes many industry firsts, such as the easy-to-use C1000 monitor that controls nearly every aspect of the windrower, providing exceptional operating precision and efficiency.

From mowers, conditioners and rakes to the industry’s popular MF2170 Series large square balers, Hesston by Massey Ferguson offers industry-leading American-made solutions for the operator harvesting hay for his own livestock as well as solutions for the largest commercial hay producer. Kick the tires now at your Hesston by Massey Ferguson dealer to earn a chance to kick up your heels at the Wrangler National Finals Rodeo this December, plus receive some valuable accessories that help enhance the quality of the hay being harvested.

For more information about the new Hesston by Massey Ferguson WR9700 Series Self-Propelled Windrowers and other high-technology hay equipment, visit your local Massey Ferguson dealer or go online at www.masseyferguson.us/products/combines-hay-equipment.

AGCO, Your Agriculture Company, a Fortune 500 company, was founded in 1990 and offers a full product line of tractors, combines, hay tools, sprayers, forage equipment, tillage implements and related replacement parts. AGCO agricultural products are sold under the core brands of Challenger, Fendt, Massey Ferguson and Valtra and are distributed globally through 2,600 independent dealers and distributors, in more than 140 countries worldwide. Retail financing is available through AGCO Finance for qualified purchasers. AGCO is headquartered in Duluth, Georgia, USA. In 2010, AGCO had net sales of $6.9 billion. http://www.AGCOcorp.com.

The PRCA, headquartered in Colorado Springs, Colo., is the largest and oldest professional rodeo-sanctioning body in the world. The recognized leader in ProRodeo, the PRCA is committed to maintaining the highest standards. The PRCA, a membership-based organization, sanctions approximately 600 rodeos annually, and there are nearly 30 million fans in the U.S. The PRCA showcases the world’s best cowboys in premier events through the Wrangler Million Dollar Tour presented by Justin Boots, and its subsequent Justin Boots Playoffs and Justin Boots Championships; the Seminole Hard Rock Xtreme Bulls Tour presented by B&W Trailer Hitches; the PRCA’s bull riding series; and the world-renowned Wrangler National Finals Rodeo. Action from PRCA-sanctioned rodeos and its premier events appears on Great American Country (DISH Network 167, DirecTV 326) and Pursuit (DISH Network 240, DirecTV 608). Each year, PRCA-sanctioned rodeos raise more than $26 million for local and national charities. www.prorodeo.com. 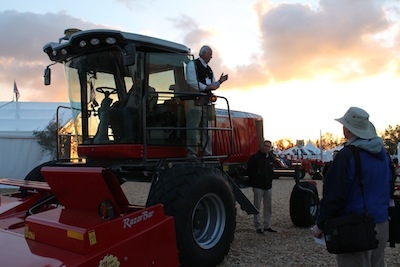