New herbicide product registrations and label updates continue to bring more choice to farmers, with multiple modes of action to manage weed infestations and herbicide resistance. Product information is provided by the manufacturers.

Burndown herbicides
BlackHawk: Pyraflufen-ethyl (Group 14) and 2,4-D Ester (Group 4) is a newly registered, pre-formulated herbicide developed to be added to glyphosate prior to the emergence of cereal crops and soybeans. BlackHawk provides systemic and contact activity targeting Group 2 and 9 resistant kochia, volunteer canola (all herbicide tolerant varieties), and tough to kill broadleaf weeds such as wild buckwheat and cleavers.

Blitz: Florasulam (Group 2) is a newly registered herbicide to be tankmixed with glyphosate to control volunteer glyphosate tolerant canola, wild buckwheat (up to five-leaf) and top growth control of dandelion (up to six-leaf stage).

GoldWing: Pyraflufen-ethyl (Group 14) and MCPA Ester (Group 4) is a pre-formulated pre-emergent herbicide designed to be mixed with glyphosate for three modes of action in one tank to manage risk of glyphosate resistance. GoldWing controls the toughest herbicide-resistant weeds including volunteer canola (all herbicide tolerant varieties), and Group 2 and 9 resistant kochia. It also has enhanced activity on tough-to-kill broadleaf weeds such as wild buckwheat and cleavers. GoldWing is registered prior to emergence of field peas, cereals and canaryseed, with further label additions coming after the 2016 season.

Hotshot: Bromoxynil (Group 6) and florasulam (Group 2) co-pack is a unique preseed herbicide designed for mixing with glyphosate for burndown of hard to control broadleaf weeds including Group 2 and 9 resistant kochia, volunteer canola (including glyphosate resistant), wild buckwheat, dandelion and narrow-leaved hawk’s-beard. For preseed applications prior to wheat (spring, winter and durum), barley or oats.

Grassy and broadleaf herbicides
GP Herbicide: Pyroxsulam (Group 2) is a highly effective graminicide addition to the PrecisionPac portfolio. It controls tough grassy weeds, including Group 1 resistant wild oats and Japanese brome. When mixed with a PrecisionPac broadleaf blend it gives growers completely customized control of grassy and broadleaf weeds. For use in spring and durum wheat.

Squadron: Metribuzin (Group 5) is a broad spectrum herbicide registered for grass and broadleaf weed control in a wide range of crops, most notably lentils, peas, chickpeas, fababeans, soybeans and potatoes. Can work alone or in combination with recommended tank-mixes.

TraxosTwo: Pinoxaden (Group 1), clodinafop (Group 1), fluroxypyr (Group 4) and 2,4-D (Group 4) is a new cereal herbicide co-pack that provides spring wheat and durum growers in the Brown soil zone of Western Canada with fast and powerful control of tough-to-manage annual grass and broadleaf weeds. TraxosTwo contains four active ingredients through two components: the grass component contains pinoxaden and clodinafop (Group 1) for control of difficult grass weeds including wild oats, green foxtail and Persian darnel; the broadleaf component contains 2,4-D Ester and fluroxypyr (Group 4) for control of aggressive broadleaf weeds, such as kochia (including Group 2 resistant biotypes), cleavers and wild buckwheat. TraxosTwo can be applied on the crop from four-leaf stage up to the flag leaf stage.

Label updates
Ares: Imazamox (Group 2) and imazapyr (Group 2) has an amendment weed list to include control of chickweed and
stork’s bill.

Distinct: Diflufenzopyr (Group 19) and dicamba (Group 4) has an amendment of the weed list in chemfallow at 100 g ae/ha to include redroot pigweed, lamb’s-quarters, round-leaved mallow and spiny annual sow thistle.

Focus: A co-pack of carfentrazone (Group 14) and pyroxasulfone (Group 15) is a preseed/pre-emergence herbicide registered for use in corn, soybeans and now spring and winter wheat. Focus can be tankmixed with glyphosate in your burndown treatment or applied alone to the soil. There is no mechanical incorporation required. Focus will control major grass weeds, including downy and Japanese brome.

Heat WG: Saflufenicil (Group 14) now has the addition of MSO Concentrate as an alternative adjuvant to Merge.

Heat LQ: Saflufenicil (Group 14). BASF will be launching a bulk SKU of Heat LQ for pre-harvest use. One tote will treat 1,000 acres.

Odyssey Ultra: Imazamox and imazethapyr (Group 2) and sethoxydim (Group 1) is now registered for use on fababeans.

Paradigm: Arylex Active, halauxifen (Group 4) and florasulam (Group2) is registered for control of a series of new weeds in addition to those already present on the label, including Canada fleabane (up to 15 cm), flixweed (up to eight cm), stork’s bill (eight-leaf), common ragweed (one- to six-leaf), shepherd’s purse (up to 20 cm), round-leaved mallow (one- to six-leaf) and volunteer alfalfa (up to 25 cm).

Pixxaro: Arylex Active, halauxifen (Group 4), fluroxypyr (Group 4) and MCPA (Group 4) is registered for control of a series of new weeds in addition to kochia control and high performance on a wide array of broadleaf weeds. The new label weed control claims include annual sow thistle (four-leaf), Canada fleabane (up to 15 cm), flixweed (up to eight cm), stork’s bill (eight-leaf), common ragweed (one- to six-leaf), shepherd’s purse (up to 20 cm), round-leaved mallow (one- to six-leaf) and volunteer alfalfa (up to 25 cm). It is also registered for use with a wide array of both Group 1 and Group 2 graminicides.

Salute: Imazamox and imazapyr (Group 2) and clopyralid (Group 4) is the only Clearfield canola solution for high-performance broad spectrum control of grasses, annual and perennial broadleaf weeds. For 2016, the control of chickweed and stork’s bill has been added to the wide label of weeds controlled.

Stellar XL: Florasulam (Group 2), fluroxypyr (Group 4) and MCPA (Group 4) is a new co-formulation of Stellar XC that will provide for convenience of handling in bulk containers. Stellar XL will be available in 97.1 L drums that will treat 240 acres. Stellar XL will provide the same levels of control of many tough to control broadleaf weeds in Western Canada by using multiple modes of action with activity on tough-to-control weeds such as kochia, cleavers, wild buckwheat, hemp nettle and many other common broadleaf weeds.

Poast Ultra Liquid: Sethoxydim (Group 1). Amendment of the Poast label to include control of labelled weeds in crop subgroup 13-07A (caneberries) and amendment of the PHI from 15 days to one day for the already registered use in highbush blueberries.

Industry update
New for 2016, Gowan Agro Canada has purchased Edge herbicide globally, and assumed manufacturing and marketing in the western Canadian market. Edge is a proven pre-emergent residual herbicide providing early weed removal and long-term control of grassy and broadleaf weeds. With a Group 3 mode of action, Edge is an excellent resistance management tool. It is registered for use in canola, peas, lentils, fababeans, mustard and
specialty crops.

Gowan Agro Canada has also purchased Treflan herbicide globally, and assumed manufacturing and marketing in the western Canadian market. Treflan is a proven pre-emergent residual herbicide delivering season-long control of grassy and broadleaf weeds. It is registered for use in crops such as canola, mustard, peas, lentils, flax and many specialty crops.

Pyraflufen: a novel new Group 14 active ingredient that is registered for preseed, non-residual control in many crops, including pulses, cereals and soybeans in Western Canada. The recent approval of additional crops such as lentils, field peas and canola has allowed Nufarm to introduce two new products to enhance preseed burndown: Pyraflufen is now available in a pre-formulation with BlackHawk and new GoldWing herbicides. 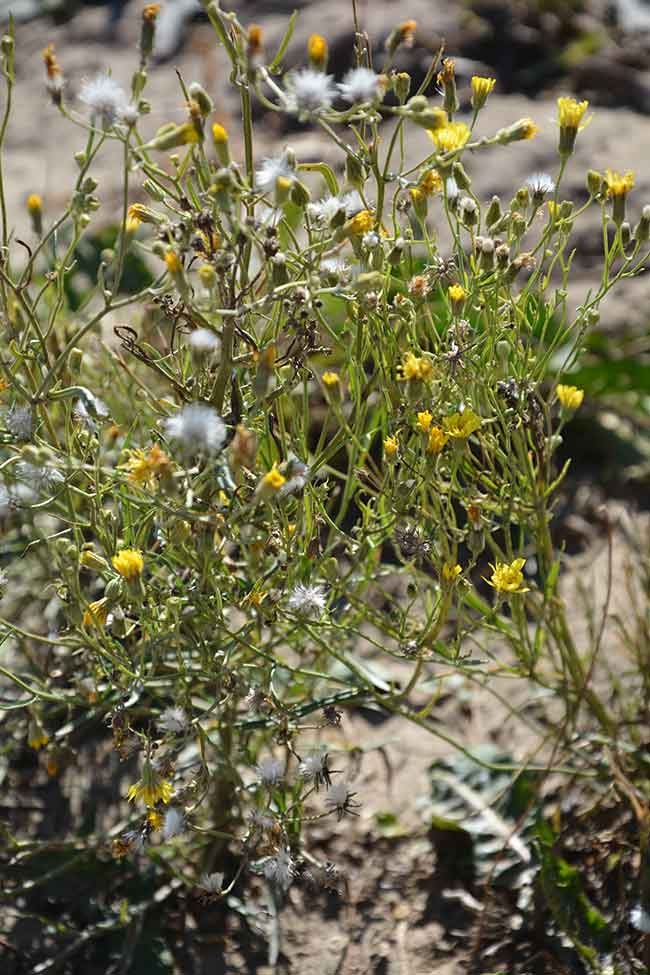