What does the decision mean for breeders – and farmers? 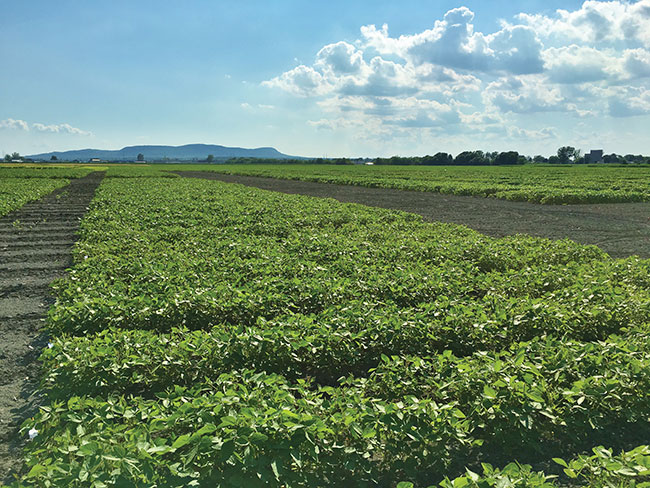 When it comes to plant breeding and the release of new varieties, understanding Canada’s regulatory landscape can be a challenge.

But new guidance published by Health Canada in May – which stipulates that gene-edited crops that are not considered novel can be treated like conventional crops and bypass pre-market safety evaluations – is meant to simplify new variety development.

Gene editing describes the use of different techniques, including CRISPR-Cas9, to make extremely specific changes in the DNA sequence of an organism. In plant breeding, it’s used to increase resistance to biotic and abiotic stresses, among other applications.

André Gagnon, a spokesperson for Health Canada, says the decision is consistent with the agency’s traditional approach – namely, to focus on the product, rather than how the product is developed.

“Canada has always taken a product-based approach to the regulation of products of plant breeding,” Gagnon says. “It is the final characteristics of the product, rather than the method used to make the product, that determine the level of regulatory oversight. This regulatory approach is scientifically supported, as it is the characteristics of a product, like whether it contains an allergen or a toxin, that determine if it is safe to eat.”

Rob Duncan, a professor and Brassica breeder at the University of Manitoba, says it’s important to understand that, no matter what technology is used in the development of a plant product – traditional breeding, transgenic approaches or gene editing – if that product is deemed “novel,” it must go through a pre-market safety assessment in Canada.

But what determines whether a trait or product is “novel?” Duncan says that has to do with how much a product differs from existing products in the marketplace.

He offers an example. “Let’s say the natural variation of a crop had a protein content around 40 per cent for whatever crop we’re talking about. If I was able to produce something with a substantial difference from the natural variation – for example, 60 per cent protein – that could be deemed ‘novel.’ That doesn’t mean a gene-edited crop would automatically be deemed novel – the method doesn’t determine the outcome of that novelty.”

Safety concerns
Much of the conversation around gene-edited crops, particularly among consumer groups, has focused on whether or not crops developed using gene-editing tools are safe for human consumption and for the environment.

In fact, compared to some “traditional” methods used in plant breeding, which produce many random changes, Duncan says it’s safer, because it’s far more specific and targeted at specific genes.

Chemical mutagenesis is one example. The decades-old technique is considered “traditional,” but involves exposing seeds to chemicals and watching for desirable traits in subsequent generations of plant progeny.

Duncan explains that scientists are always on the alert for unintended consequences, no matter the breeding technique, but these are more likely when the breeder is using non-specific methods.

“[Whether you’re] using gene editing or traditional breeding, an unintended consequence could occur through either method – traditional or mutagenesis or transgenic methods. For decades, chemical mutagens have been used and can introduce random changes into the genome, but it’s been deemed ‘acceptable’ because it doesn’t introduce information from other organisms,” he explains.

“Gene editing is incredibly precise. The best analogy is a word processing document – you can delete or add words down to the letter.”

But Duncan also makes the point that gene editing isn’t solely used to create commercial end-products, but also on the “fundamental science side of things” – for example, discovering what gene controls resistance to a particular plant pest, or the production of an allergen.

“My graduate students, who are doing this fundamental research, can utilise this technology to figure out the genetics underlying a trait or improve that fundamental knowledge. Then, they can take that knowledge and apply it to a potential commercial product,” he says.

“In the past, if you were using traditional transgenic methodology, you’d have to do that fundamental research, then you’d use traditional transgenic techniques – but again, that insertion or deletion could be random in the genome. It could easily take years. I think this precision has the potential to reduce the amount of time it takes for new varieties to get out to the field.”

François Eudes, director of Research, Development and Technology and lead director for Novel Breeding Technologies with Agriculture and Agri-Food Canada based in Lethbridge, Alta., says the updated guidance from Health Canada will help keep Canada competitive and adaptable to a changing climate.

Eudes says, “This technology could reduce the need for pesticides, added fertilizer and other inputs, lessening the impact to the surrounding environment as well as improving the farmer’s bottom line.”