Sept. 17, 2014 - Some Alberta producers, especially in the Calgary area, were hard hit by a wintery blast last week. Harry Brook, crop specialist at Alberta Agriculture and Rural Development says there are options for producers to minimize harvest loss.

"The heavy snow has caused some fairly severe lodging," says Brook. "These cereal crops that were left as they were going to be straight cut, now, the snow has caused severe lodging, which will require swathing prior to harvest. The snow has bent the crop over every which way so there's no one direction a producer can actually cut from. This will result in a higher harvest loss. The ground is wet and with the crop being lodged, it will take some time to dry out for threshing, certainly longer than if it had been left standing."

Brook says there are also quality issues for producers to consider if the crops stay wet for too long.

"Staining or bleaching of the grain can occur which will reduce the quality of the grain. If it's a late seeded crop that isn't quite ready for swathing such as an oilseed, canola, wheat or barley, killing frost can cause considerable damage. If the seeds are above 20 per cent moisture, they are susceptible to frost damage. This causes ice crystals to form in the cells, rupture the cell walls which eventually dries out the plant very quickly locking in green colour in both canola and cereals."

Brook says that damaged crops will require special harvesting equipment, such as equipping lift fingers on a combine or a swather to scrape the fallen plants off the ground. 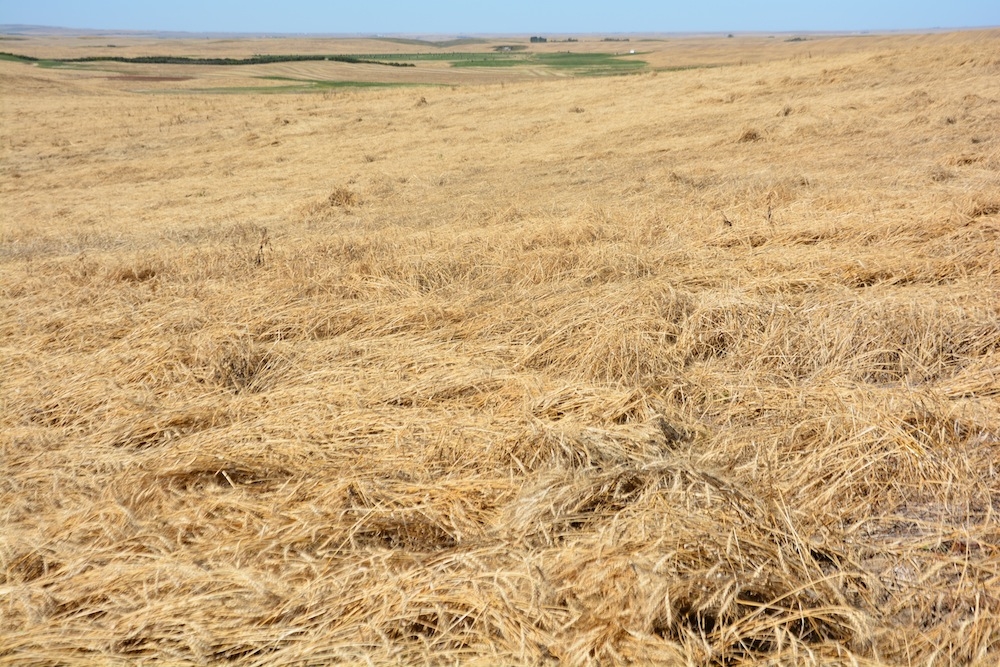