News Harvesting
‘Harvest from hell’ ongoing, progress in the Prairies lags behind

Highlights from the latest crop reports from Alberta, Saskatchewan and Manitoba.

Snow, rain, drought, wind, hail – you name it, and the Prairies have seen it this year. Team Alberta has dubbed the poor harvest conditions experienced in the province as the “harvest from hell.”

Conditions are most critical in the Peace Region where 40 per cent of the crop is unharvested with other pockets in the Peace and several areas along the Highway 2 corridor where less than half of the harvest is complete. The 2019 growing season marks the third year of drought in southern Alberta and excessive moisture in northern Alberta.

This news follows stories earlier in October that showed Alberta’s harvest faced the largest delays when compared to Saskatchewan and Manitoba. However, harvest has been tough everywhere and some crops will remain in the field to overwinter. In Manitoba, a long weekend snow storm blanketed the region, causing its 2019 harvest to be delayed beyond was seen in the previous two years. 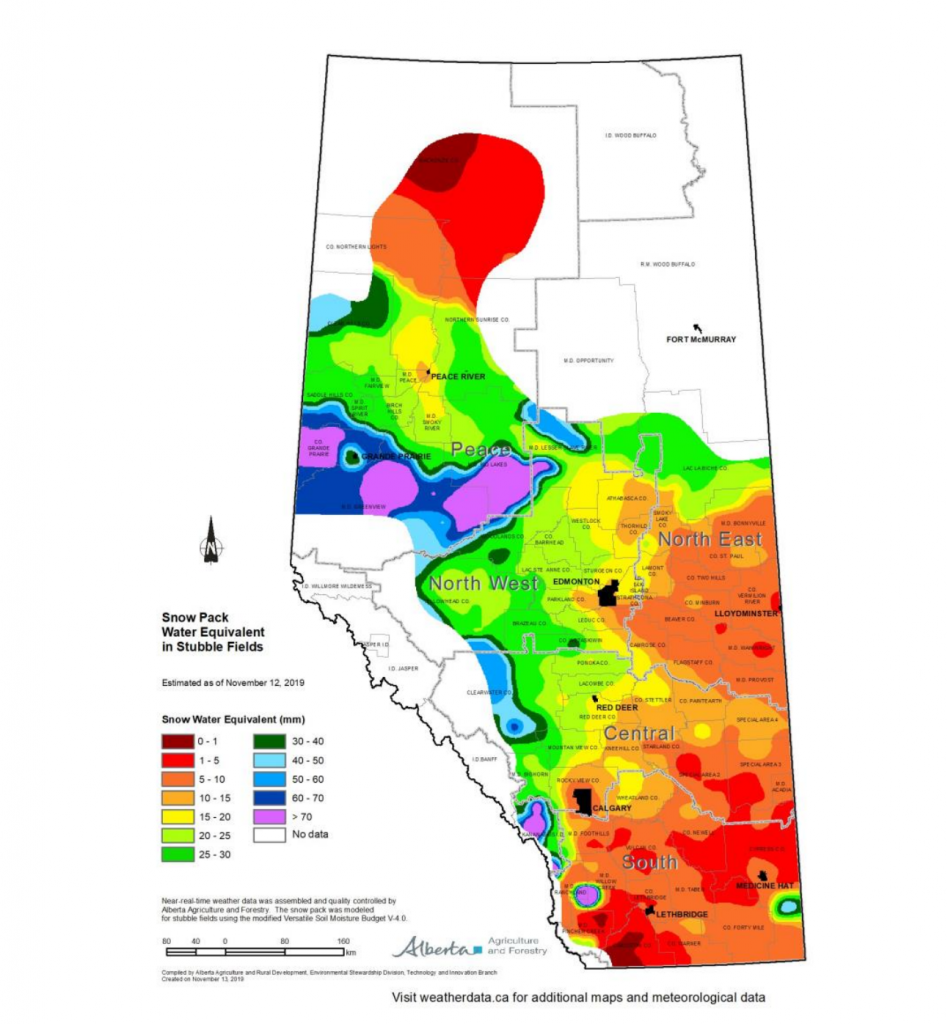 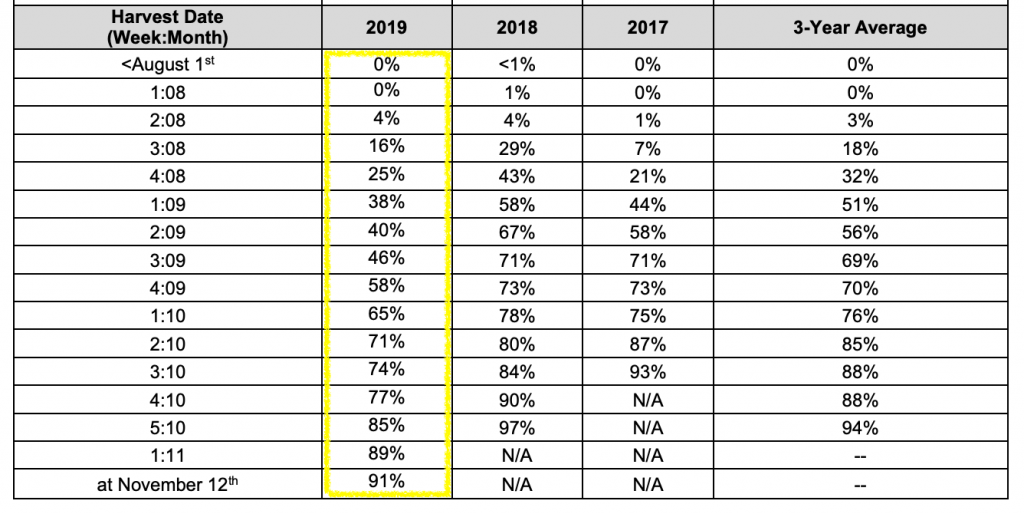 Harvest 2019 progress is behind the province’s three-year average, and a couple points behind where it was last year. Photo courtesy of Manitoba Agriculture.