Fenugreek growers and processors in Saskatchewan approached the Saskatchewan Pulse Growers (SPG) to include fenugreek under SPG’s mandate.

SPG is a provincial organization that currently promotes and supports opportunities related to the production of lentils, peas, soybeans, chickpeas, fababeans, and dry beans.

Fenugreek is a self-pollinated, small-seeded annual legume that has traditionally been grown as a spice and forage crop. Currently, a processing plant operating in the province allows for diversified value-added production. According to SPG, the inclusion of fenugreek under their mandate would support SPG’s goal to develop new crop options for Saskatchewan growers. 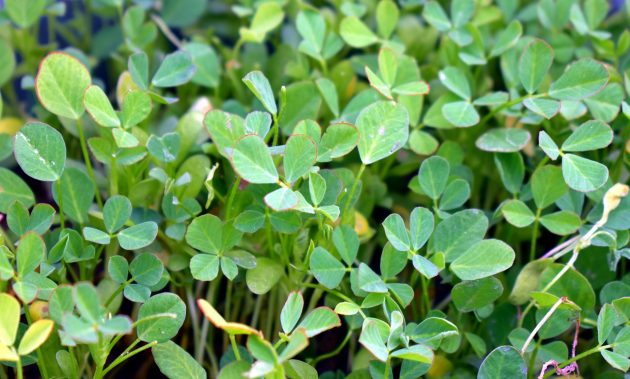 Fenugreek is a self-pollinated, small-seeded annual legume that has traditionally been grown as a spice and forage crop. Photo courtesy of Sandeep Handa.

If fenugreek is incorporated into the SPG mandate, the SPG would also establish and administer a non-refundable levy to invest in the development of the commodity.

Under SPG’s proposed plan for the inclusion of fenugreek to their mandate:

The collected levy from fenugreek will be invested back into fenugreek priorities to help advance the industry. This could include:

Producers have from September 20 to October 31, 2019 to submit their comments on the inclusion of fenugreek under SPG’s mandate.

Once producer feedback from this survey is collected, it will be analyzed by the Agri-Food Council, which will then make a recommendation to the minister of agriculture. The minister will then decide if SPG can hold a fenugreek producer vote regarding the proposed plan.