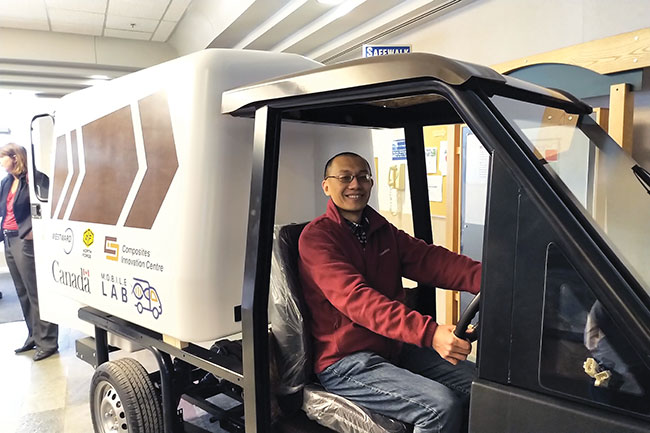 With Genome360, PSI is developing a “mobile lab” that can be deployed to rapidly identify disease and weed species in the field. Photo courtesy of Pest Surveillance Initiative.

The program is also open to agronomists submitting samples on behalf of growers. Combined, the tests ring in at roughly $450 for non-members.

“We are definitely still in the awareness-building phase of offering this service. We had a few dozen growers take advantage of the service last year, but that number is growing,” says Delaney Ross Burtnack, executive director of Manitoba Canola Growers.

PSI is the MCGA-led molecular detection lab that identifies, quantifies and tracks risks to successful crop production – including soilborne pathogens like clubroot, and airborne pathogens like blackleg, sclerotinia, cereal rusts and Fusarium, as well as weed threats such as GR kochia.

Last year, in collaboration with Manitoba Agriculture, PSI surveyed townships across the province and collected more than 700 soil and plant samples to aid in provincial clubroot, blackleg and GR kochia monitoring. This year, PSI hopes to increase that number.

In the case of blackleg and clubroot, PSI is the newest link in the province-wide effort to understand, monitor and prevent diseases that represent a serious economic threat to Manitoba producers.

“It all started when the first detection of clubroot happened in Manitoba in 2013. Although the universities analyze samples and Manitoba Agriculture’s Crop Diagnostic Centre does gross plant analysis and traditional culturing, we had no in-province capacity to determine how big of a problem clubroot was,” says Lee Anne Murphy, CEO of PSI.

The Canola Growers immediately instigated an effort to set up a lab, which, in collaboration with Manitoba Agriculture and other partners, opened just a year later in the fall of 2014.

“There’s no other grower-funded lab like it in the Prairies,” Burtnack says.

“There’s no other grower-funded lab like it in the Prairies,” Burtnack says. 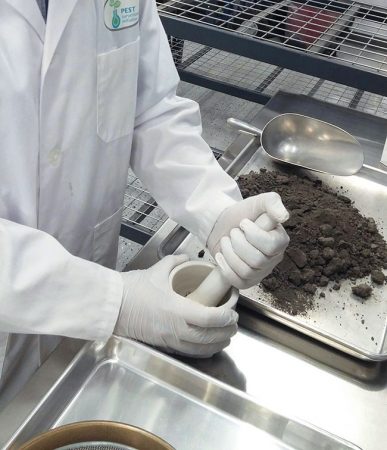 In 2018, PSI collected more than 700 soil and plant samples to help monitor issues like clubroot, blackleg and glyphosate-resistant kochia across Manitoba. 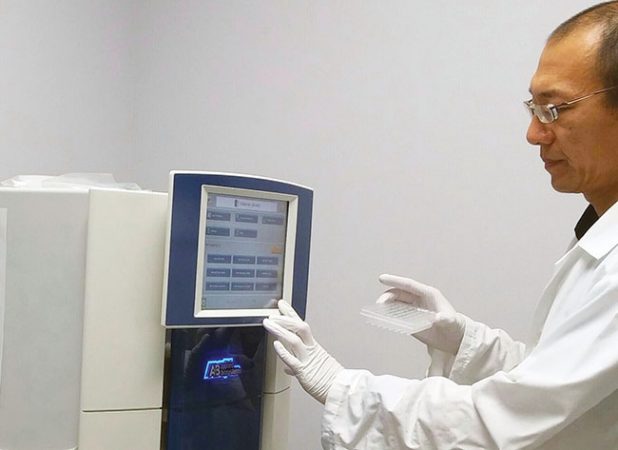 PSI currently hosts more than 1,500 soil samples and pools the data it collects with Manitoba Agriculture’s provincial data for a broader effort.

Murphy says the lab started with a focus on understanding and benchmarking clubroot incidence in the province, but its efforts quickly expanded.

“Ideally you grow canola one in four years, but what happens in the intervening years can impact your crop. We asked, ‘How can we leverage existing DNA capacity to keep on top of emerging issues and identify them through surveillance?’” she says. “That led us to look at other pathogens.”

Blackleg is caused by a complex of two species of fungus: Leptosphaeria maculans and Leptosphaeria biglobosa. The former is a virulent species responsible for most blackleg damage. Lab testing helps determine which of these species is present in the field, and the frequency of blackleg races across the samples. Race identification is a crucial step for producers hoping to mitigate the impacts of blackleg when a given variety’s resistance starts to break down in the field, because major genes within canola varieties must match avirulence genes in the pathogen in order to work.

When resistance breaks down, producers need to get their fields tested to establish the blackleg races that are present so they can choose varieties with resistance to match.

Testing happens in two parts: first, the lab confirms whether or not the sample is blackleg. If blackleg is confirmed, PSI identifies the races present in the field where the sample was taken, including genotype and estimated phenotype – which the producer uses to make variety choices. If the sample isn’t blackleg, half of the test fee is refunded to the producer.

“We don’t just provide the results, but go to the next step and say, ‘Based on the race structure, these are the genes you should be looking for on the seed bag.’”

“Every producer who submits a sample gets a report on what’s in that sample. Our first focus is on getting that information to the grower,” Murphy says. “We don’t just provide the results, but go to the next step and say, ‘Based on the race structure, these are the genes you should be looking for on the seed bag.’”

The lab also archives its samples, Murphy says. Currently, PSI hosts more than 1,500 soil samples; because spore DNA is relatively stable in these samples, when PSI receives new clubroot race assays they can go back and cross-reference the new assays against archived samples.

PSI doesn’t operate alone. It pools its data with Manitoba Agriculture’s provincial disease survey data to “grow out the database” for the broader surveillance effort. It’s also part of a project called Genome360, a collaboration between Genome Prairie and partners that aims to offer access to state-of-the-art equipment to Manitoba’s genomics community.

With Genome360, PSI is developing a “mobile lab” that can be deployed to rapidly identify disease and weed species in the field. PSI is currently testing a Bento Lab unit, a mobile mini DNA analysis tool that might be a good fit for the lab.

With Genome360, PSI is developing a “mobile lab” that can be deployed to rapidly identify disease and weed species in the field.

“Especially with fresh material, you want a high-quality sample. We want the time between when you pick the leaf to when you extract the DNA to be as short as possible,” Murphy says.

Murphy says that once the technology develops the lab could be deployed to help with clubroot and blackleg identification in the field, but the industry isn’t there yet. “Right now, we see the mobile lab working more on herbicide resistant kochia and, eventually, GR resistant waterhemp, than on disease identification, because at this point it’s easier to extract DNA from actively growing plants,”
Murphy says.

Burnack sits on the Canola Council of Canada’s Blackleg and Clubroot Steering Groups. She says the industry is working together at every step to understand how to tackle these diseases across the Prairies.

But PSI’s efforts are focused on Manitoba producers first and foremost. “We want to make sure growers have opportunities to get something tangible from the checkoff dollars they put into the Canola Growers,” she says.

How to take a soil sample

Further, more detailed sampling guidelines for producers, including blackleg sampling protocols, can be found on the PSI website at www.mbpestlab.ca/field-testing/.