Professional home economist Simone Demers-Collins does a bit of everything. 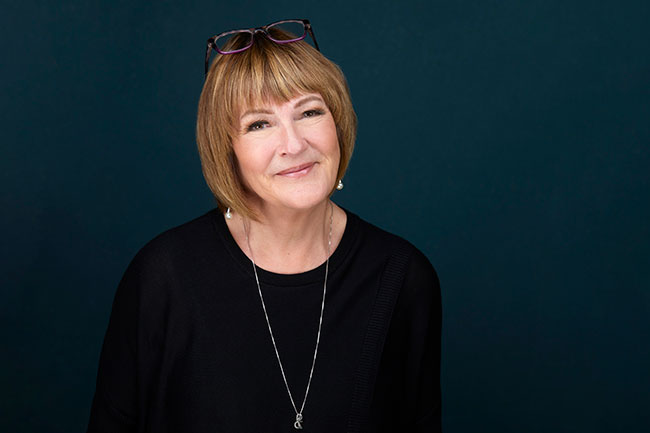 While working as an extension educator for Alberta Agriculture, Simone Demers-Collins would do her laundry weekly at a local laundromat – and found herself answering questions about everything from gardening and recipes to stain removal. Before she knew it, she had a reputation – not only as a helpful presence, but also as someone who could fashion something outstanding out of very few resources. Now an independent consultant and professional home economist, she does a little bit of everything, from advocacy and education to food tours and events. Editor Bree Rody speaks with Demers-Collins about her history of thinking outside the box and how she stays in touch with the community.

Tell us about your background and roles in agriculture.
Currently, I’m a member of the Edmonton Food Council as well as the University [of Alberta] Alumni Association. Up until COVID, I was a food tour guide with the Edmonton Food Council doing food tours, but this has been put on hold. Food tours were natural for me. This is a way for me to connect my experience with community needs.

That’s what I think my strength is. For example, I participated in a lunchtime webinar on a program called Veg Instead. It’s kind of a modern version of the victory gardens that were done during the war, but is a way of reconnecting people to their land as well as connecting them to growing vegetables and awareness of agriculture. It allows me to talk to people about some of the science and misconceptions.

I had a question about GMO seeds, and I had to go back and say, “I’m sorry, we don’t have GMO seeds that are available to consumers. These are the ones that have been approved in Canada,” and they said, “We didn’t know that.” My background in ag comes out in very different ways – talking about GMOs; talking about noxious weeds. Those are items that might be new to urban consumers.

When I worked on the display with the Ag and Food Museum in Ottawa – this all started as a tour. And as I was listening to people giving this particular tour, I thought, “There’s not a lot of information about Western Canadian agriculture.”

The more we discussed, we realized that canola was a story that needed to be told. When we introduced the concept of canola as being the only “made in Canada” crop, it became really important for us to get this done in time for [Canada 150] and the 50th anniversary of the Canola Council of Canada.

What is the biggest risk you’ve taken?
I started my career working in government as an extension worker within Alberta agriculture. I had the opportunity of becoming a manager, and I realized that’s not where my heart was at. So, I had to say no despite the fact that it meant my salary would not be at a managerial level. I had to go with the programs and the work that was more creative.

Can you share a particular challenge that you might have faced and what you’ve learned from it?
I started my career in an area of the province that had a huge turnover of staff. People came and went quickly. I rented a basement apartment suite close to the office that had no laundry facilities. On Monday nights, I’d find myself at the laundromat. And I started having conversations with people. I noticed people would start coming to the laundromat [when I was there] with their home ec questions that they had for me. I was working more at the laundromat than I was on my office phone. It was that whole idea of listening to people where they were comfortable and working from that particular perspective.

That served me well a few years later when I was an event coordinator with the Alberta Horticultural Congress. We had snow in August. Anything that wasn’t below ground froze. People had nothing left to sell except their root vegetables.

We decided that if people chose to come to Congress that year, it was going to be the best three-day holiday they could possibly have. We had close to 800 people register. They drove in, attended all the sessions, ate the food, drank a few beers, and for many that was the only holiday they had that year. It was a very powerful experience.