Soil health is the basis of successful crop production. This is why more and more growers are doing the groundwork to preserve and improve this vital part of their operations. Some, however, still avoid it because they perceive it as an economic issue – soil improvement costs money, it doesn’t make money. Not so, say Ontario soil specialists. Crop rotation trials prove if growers take a longer-term view of their operation, there will be economic rewards, yield bumps and an improved crop production environment. 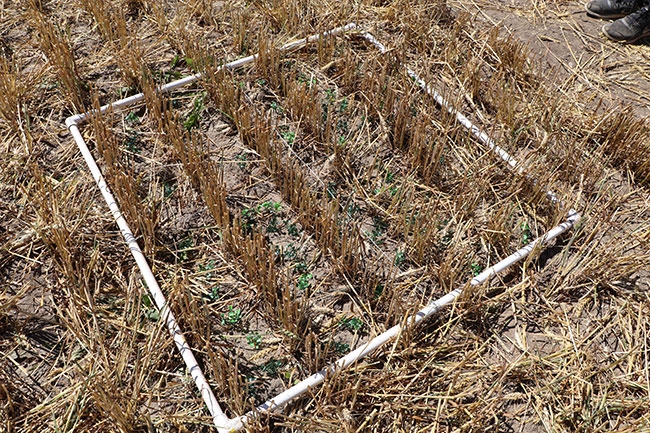 “From the long-term rotation and tillage plots managed by Dave Hooker, on average, between 2010 and 2016 a corn-soybean-winter wheat with underseeded red clover rotation saw an increase of nine bushels per acre in corn,” says Anne Verhallen, a soil management specialist for horticulture crops with the Ontario Ministry of Agriculture, Food and Rural Affairs (OMAFRA). Though she deals primarily with tomatoes and such, Verhallen notes she’s increasingly dealing with field crops as vegetable growers use them as rotation options.

“Over time you have to apply the increase in corn yield to the previous wheat crop. Wheat gives you the option to use red clover, which in turn enhances the yield improvement from rotation,” she adds.

Building better, more resilient soils is a long-term process, but farmers live in the here and now and many deal with banking partners who have a shorter-term view.

Long-term rotation studies at Elora, Ont., (since 1980) and Ridgetown, Ont., (since 1995) prove the value of using cover crops and adding winter wheat into a rotation. According to Laura Van Eerd, an associate professor with the School of Environmental Sciences at the University of Guelph’s Ridgetown campus, the objectives of the research are to study crop rotation and tillage operations. The research also looks at nitrogen application rates at Ridgetown. But the big take-away message from all the research, led by Hooker and Bill Deen, an associate professor with the University of Guelph’s department of plant agriculture, has been that using cover crops and adding winter wheat into the rotation pays off in the long run.

Adding wheat into a rotation does not have to be difficult, Verhallen adds. “Soybeans or edible beans come off early, which allows wheat to be planted in September and then corn follows the next year. Adding that third crop will put money in the bank over the long term.”

“What we’ve seen in our long-term cover crop trials is an increase in soil organic carbon in our sandy loam soils and a slight yield boost,” Van Eerd continues. “We have intuitively known that cover crops improve soil, but we needed the long-term trials to allow us to measure the benefits.”

For many producers, cover crops require extra management. Putting wheat into the rotation means another crop to manage, but the rotation studies show increased profit margins when cover crops are added. Plus, there is the overall benefit to the soil, which will continue to improve and produce payoffs over time.

“I would encourage growers to start with winter wheat and plant a cover crop after harvest,” Van Eerd says. In years where there is production stress, such as dry years, she adds, the benefits of cover crops include minimizing yield loss. “We’ve seen in long-term trials a yield boost in sweet corn and green beans when cover crops have been consistently included in a rotation.”

Verhallen says farming is an intense profession, as growers manage schedules and logistics and deal with weather, pest and disease challenges. But, she adds, the research also supports a workload that’s easier to manage when winter wheat is added to the rotation. “Growers can be planting wheat by no-till as they are harvesting soybeans,” she explains.

“In extreme weather years, protecting the soil is going to make a difference,” Van Eerd adds. By adjusting production practices and adding a cover crop and/or winter wheat into the rotation, there will be long-term soil health benefits and growers will be able to continue producing the food the world needs.

Verhallen believes good management will save producers in the years when climate extremes could make production difficult, such as very wet years or extremely dry years. “Adding wheat and a cover crop can make the difference over time when faced with less than ideal conditions,” she explains.

The discussion around adding winter wheat and a cover crop into a rotation to build soils and improve the bottom line is supported by concrete evidence, but some growers continue to resist the recommendation. In the University of Guelph trials, the proof was in the numbers. By putting winter wheat into the rotation, there was a five to six per cent yield increase in corn and a 10 to 14 per cent yield improvement in soybeans. Plus, growers have the wheat crop to sell as well, which made a tidy profit for those who grew it in 2016.

Work will continue in the long-term rotation studies, but the value of using wheat in rotation has already been demonstrated. Van Eerd and Kari Dunfield, with the University of Guelph’s School of Environmental Sciences, are going to examine the biodiversity of the soil with a view to learning which combinations of crops will offer the most benefits to the soil. In the meantime, Verhallen will continue to sing the praises of cover crops and management concerns to all who will listen. Both are focused on building better soil health and productivity in Ontario soils. But expanding rotations to include winter wheat and cover crops are just one aspect of the equation. Doing the groundwork will improve production, the bottom line and soils.


Related
Cover your ground – and a lot more – between crops
Mining the soil for data: The impact of cropping systems on soil health
Building soil resilience with cover crops
Cover cropping to capture nitrogen