Nov. 9, 2012 - With new grants totaling $8.4 million from the U.S. Department of Energy, U.S. Agency for International Development and industry partners, UC Davis plant scientist Eduardo Blumwald is reaching out to feed and fuel the world.

With his laboratory colleagues, Blumwald uses genetic engineering to improve the drought tolerance and efficiency of switchgrass, a native North American grass valued for its potential as a sustainable source of fuel, and to develop heat- and drought-tolerant varieties of pearl millet, a vitally important grain for India and Africa. Blumwald holds the Will W. Lester Chair in the UC Davis Department of Plant Sciences.

The U.S. Department of Energy recently awarded a five-year, $6.6 million grant to Blumwald and his collaborators at the U.S. Department of Agriculture to support his research into switchgrass, which has the advantages of being a high-yielding and adaptable perennial plant. Working with Blumwald on the project are John Vogel, Christian Tobias, and Roger Thilmony, all at the USDA Agricultural Research Service Western Regional Research Center in Albany, Calif.

Blumwald and his colleagues will use the grant to develop new molecular biology tools to accelerate switchgrass breeding. Via genetic engineering, the team also will introduce traits recently developed at UC Davis to rapidly increase both the plant’s drought tolerance and nutrient-use efficiency.

Because current switchgrass varieties are only a few generations removed from their undomesticated predecessors, scientists anticipate that there is considerable potential for improving the plant as an emerging energy crop.

In order to ensure that the crop yields more energy than it requires to produce and does not compete with food crops, switchgrass and all other crops grown specifically for biomass must be grown with minimal fertilizer and water on marginal lands unsuitable for producing food crops.

In the second project, funded by a $1.8 million, four-year grant from the U.S. Agency for International Development and matched by in-kind support from the industry partners, the Blumwald lab is using biotechnology tools to develop new varieties of pearl millet, a small-seeded grass that has been grown in Africa and India for thousands of years. The project is part of Feed the Future, the U.S. government’s global hunger and food security initiative. Led by USAID, Feed the Future leverages the strengths of U.S. agencies and works with partners to address poverty and undernutrition around the world.

Pearl millet is an important grain crop because it will tolerate poor soils as well as heat and drought — conditions that are badly suited for growing other grain crops like corn and wheat. As millet increases in value as both a food and feed crop, there is a greater need to enhance its tolerance to heat and drought so that it will produce stable yields even in marginal environments. This is especially important for impoverished regions of Africa and India.

UC Davis is collaborating on the pearl millet project with an international consortium of researchers, including scientists at Arcadia Biosciences, headquartered in Davis; the nonprofit International Crops Research Institute for the Semi-Arid Tropics, headquartered near Hyderabad, India; and Krishidhan Seeds, also of India. The goal of the partnership is to develop indigenous drought-tolerant pearl millet varieties that will help farmers in India and Africa deal with harsh environmental conditions and open the doors for higher-yielding millet crops.

UC Davis’ role in the partnership will be to identify metabolic and genetic pathways for plant-stress tolerance, and to introduce genes and gene combinations that have been shown to play key roles in conferring to new varieties resistance to drought, heat and salinity.

Arcadia Biosciences and Krishidhan Seeds will make the technology available and support commercialization through private and public partners. 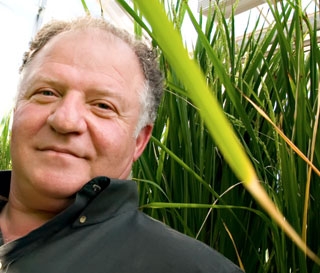