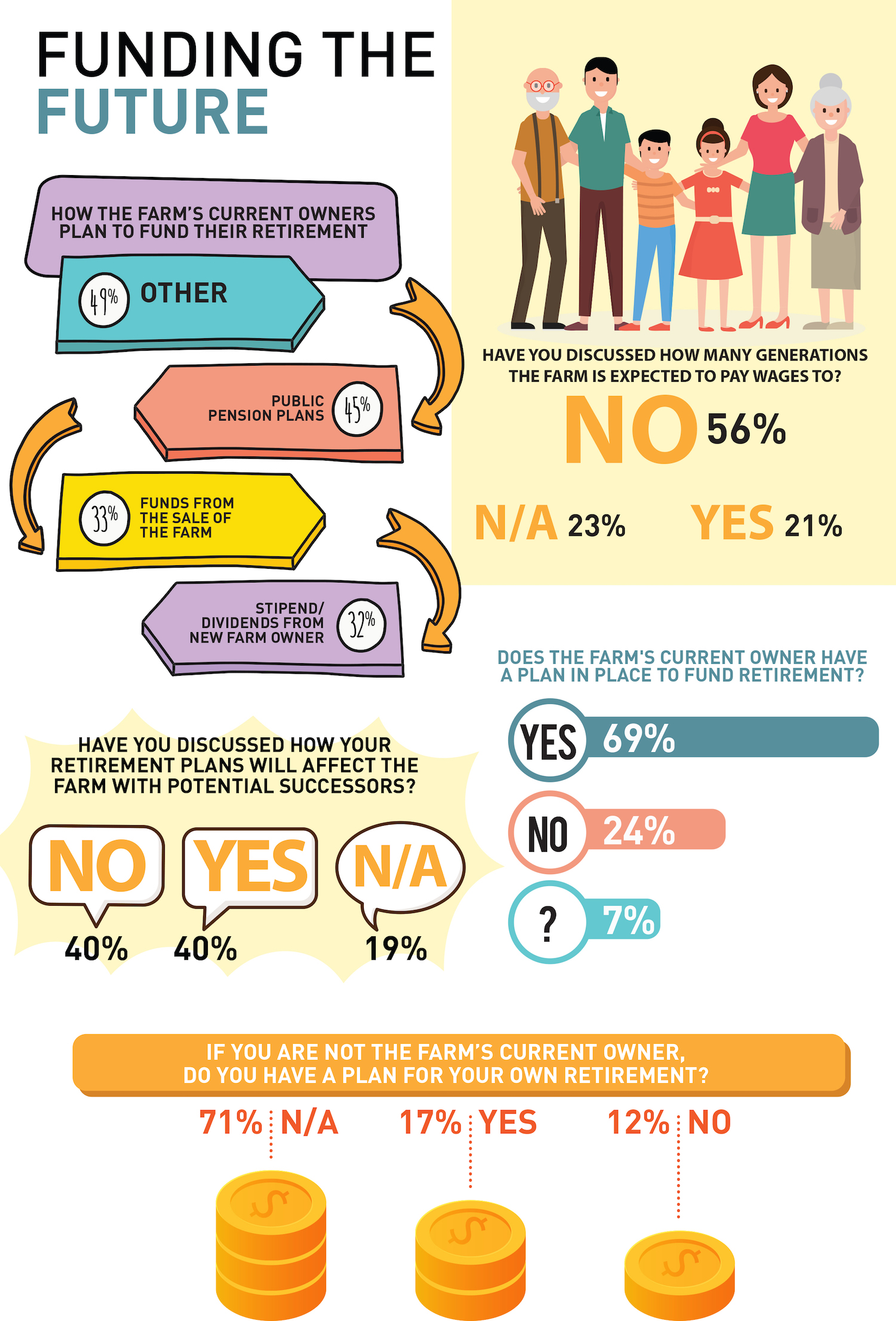 For many current owners, succession planning is synonymous with retirement planning. The Ag Succession Survey looked into how farm owners are expecting to fund their future.

These results mirror answers from survey questions that sought to find out if succession planning is being discussed. Not having a succession plan in place is a barrier to discussing transition on the farm for 26 per cent of current owners and 30 per cent of prospective owners. The large number of respondents (40 per cent) who aren’t discussing how retirement plans affect the farm could be a by-product of the lack of transition discussions in the first place.

When it comes to prospective owners, or those who don’t currently own the farm, most (17 per cent) have a plan for their own retirement, but some (12 per cent) do not.