Prairie Carnation has potential uses in cosmetics, pharmaceuticals and more. 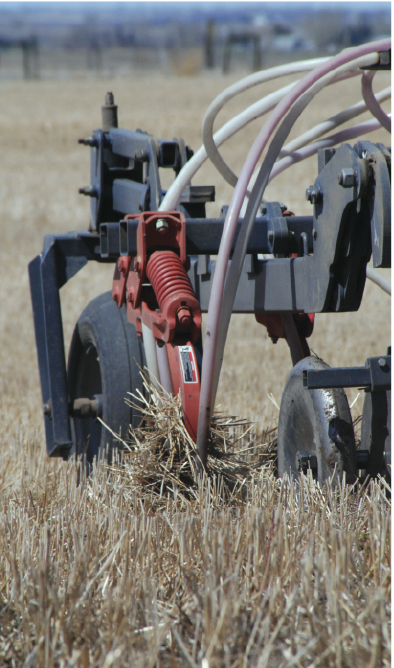 Prairie Carnation is on a fast track to becoming a valuable bio-product crop. Created from the wild plant cow cockle (Saponaria vaccaria), Prairie Carnation contains compounds that could be used in cosmetic, medical and veterinary products. Researchers are currently developing agronomic recommendations for the crop, and a company called SAPONIN Incorporated is investigating the crop’s commercial potential.

The first Prairie Carnation plants were created by the National Research Council using technology developed at its Plant Biotechnology Institute (PBI) in Saskatoon. “Through a process that takes half a year, the resulting plants are basically as good as a breeding line. Considering that other people take eight or 10 years to develop a true breeding line, this is a tremendous technology which is going to save us a lot of time in developing commercial lines for Prairie Carnation,” explains Dr. Michael Oelck, CEO of SAPONIN.

PBI has patented the technology, the Prairie Carnation strains and compounds. SAPONIN is the exclusive licensee of these patents so it can sell the products from the plant. At present, the company is focussing on non-food uses of three types of compounds – starches, saponins and segetalins – which are all found mainly in the plant’s seed.

The starch particles are extremely small and have a smooth surface structure, making the starch excellent
as ingredients in skin care and cosmetic products. “Starch from Prairie Carnation is the finest starch on the market. It’s not the only plant in the plant kingdom that makes this fine starch, but it’s the only one of these which can be grown on a commercial scale,” says Oelck. He adds, “If you put this starch on your skin, it feels almost like cream. It doesn’t feel like a powder at all.”

Many saponins have properties that make them suitable for various uses including cosmetics, vaccine adjuvants and other medicinal products. Some types of saponins have been shown to lower cholesterol, help clear respiratory pathways and have anti-inflammatory properties.

Oelck notes, “Prairie Carnation contains about 30 to 40 different saponins in the seed. Other plants contain saponins; for example, the soapbark tree, Quillaja saponaria (which has been the major commercial source of saponins in the past), contains about 30 different saponins. From plant species to plant species, the profiles of saponins are overlapping. So we don’t have a lot of unique single saponins in Prairie Carnation, but the profile is unique.” The company is analyzing the plant’s overall mix of saponins as well as the individual saponins, and it is testing the saponins to evaluate possible commercial uses.

“Segetalins are little peptides which are very small proteins,” says Oelck. “Peptides have a lot of biological activities. For example, some of these segetalins are antimicrobial, that is, they are able to selectively kill certain micro-organisms while not affecting others. When you use the extract from the plant as a feed additive, it will kill very specified protozoa in the gut.” The protozoa compete with gut bacteria needed for the digestive process, so adding segetalins to feed rations could have livestock health benefits. The saponins in the extract may increase this effect. SAPONIN is exploring uses for the various types of segetalins, including feed additives and pharmaceutical applications like lowering of blood pressure.

An adaptable little plant
In tandem with the investigations into uses for Prairie Carnation are field studies to develop practices to grow the crop. Dr. Paul Watson of the Alberta Research Council has been running the agronomic trials at Vegreville, Alberta since 2005, and Eric Johnson is running trials at the Agriculture and Agri-Food Canada Research Farm at Scott, Saskatchewan. As well, Dr. John Balsevitch of the National Research Council in Saskatoon conducted some field trials in 2003.

“Although cow cockle is known as a Brown soil zone species, Prairie Carnation is proving to be a fairly adaptable little plant,” says Watson. The plant grows to about two to three feet tall, has pink flowers and has seed about the same size as hybrid canola seed.

The researchers have already developed a preliminary set of agronomic recommendations. The earlier the crop is seeded, the better, as frost tolerance does not seem to be an issue. Crop competitive ability is approximately equal to that for field peas, clean fields are best for Prairie Carnation. A high seeding rate is better for weed control and for simplicity of harvest.

Watson explains, “Prairie Carnation is somewhat like canola: the more space the plant has, the more it branches out, with branches developing lower down on the plant. The flowers come out of the leaf axils, so with low density plantings, some flowers develop fairly close to the ground. The seed from those low flowers will likely be lost during harvest. Seeding at a higher density should reduce the seed losses since the flowers will be higher up on the plant.”

No herbicides are registered yet for use on this crop, but there are some that seem to work well. The researchers are developing the information needed to obtain Minor Use registrations. Additionally, insect pests have not been an issue so far. Alternaria affected the crop at Vegreville one year when there were unusual growing conditions. The researchers have since found some fungicides that are effective against this disease and are working toward Minor Use registrations.

Maturity is about five days less than barley. Volunteer Prairie Carnation has not been a problem in subsequent crops.

Watson notes, “When we do everything right and we don’t have bad weed pressure, we can get 20 to 25 bushels an acre. When you do a few things wrong, the yield drops rather rapidly.” The researchers have been using straight cutting to harvest the crop; they think swathing may be possible but they have not proven that yet.

Determining when Prairie Carnation is ready to harvest is a bit different. Watson explains, “The seed capsule has an inner and an outer layer. The whole plant including the outer capsule will look brown and dead, but inside the seed may still be soft dough. So you actually have to open up the capsules and check the seed to make sure it’s ready to harvest.”

Over the next four years, Watson and Johnson are planning to do further field studies to refine their preliminary recommendations, to complete studies of some other aspects, such as determining fertilizer requirements, and to look into some new aspects like the potential for fall seeding.

Moving closer to commercialization
Prairie Carnation will be grown on a contract basis for SAPONIN. The company has already begun some small-scale seed reproduction with contract growers in various locations in Alberta and Saskatchewan, producing about 50 tonnes of seed in 2007. Oelck also hopes to try growing the crop at locations in Manitoba, Ontario and British Columbia in the future.

SAPONIN is aiming to begin commercial sales of cosmetic ingredients and agricultural-veterinary supplements in 2008, and then to move into other products in the coming years.

Although there is still some work to be done on the agronomics and on product development, Prairie Carnation does look promising. Watson says, “At the Alberta Research Council, we think Prairie Carnation has considerable potential as a new crop on the prairies for a fairly widespread acreage. And we think we’re quite close to being able to produce this on a widespread commercial scale. In short, we think this is a winner!”

Oelck emphasizes, “Growing pharmaceutical crops on a larger scale is a new opportunity for agriculture… I hope that not only the company but a whole generation of farmers is going to have advantages from this crop.” n