Learning and re-learning the principles and practices of soil fertility. 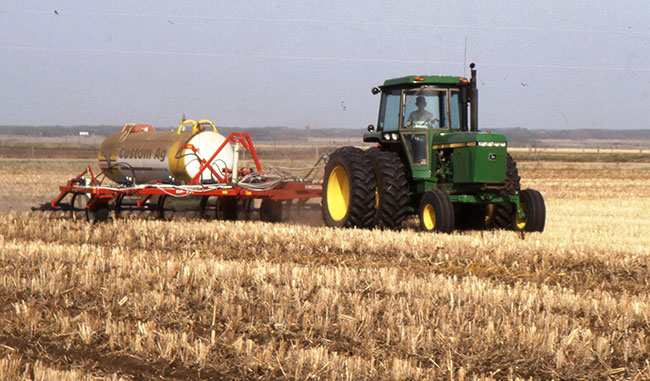 At this year’s Top Crop Summit, Don reflected on the soil fertility lessons he learned – and some that he forgot – along that education and career path.

Some of the biggest changes to agriculture in the Prairies over those years have been the move to zero-till seeding and the rise of one-pass seeding and fertilizing practices. At the same time, there were large declines in summerfallow acreage, especially in Saskatchewan. This meant increased cropped acreage and less reliance on mineralization of soil organic matter for nutrients.

Cropping systems also became more diversified with the introduction of canary seed, chickpeas, grain corn, lentils, mustard, soybeans, and sunflowers, along with a massive increase in canola acreage. Crop yields have also increased requiring more nutrients for crop growth, and resulting in more nutrients removed from the land in the harvested crop. The average yield of spring wheat in Manitoba has more than doubled since 1970 from around 22 bushels per acre to almost 50 bushels per acre.

Nitrogen lessons
In response to the high yield potential of modern spring wheat varieties, research was conducted by Amy Mangin, research agronomist at the U of M, in 2016 and 2017 to see if the nitrogen fertility levels required for optimum economic returns had changed. At seven site-years in Manitoba, the economic optimum range of soil test plus fertilizer N was 1.9 – 2.9 lbs. N/bu, with an average of 2.3 lbs. N/bu to grow an average of 86 bu/acre. The former recommendation was 2.5 to 3 lbs. N/bu, so the amount of N per bushel is a bit smaller. However, with the higher yield potential, the overall N requirements per acre are much larger with today’s wheat varieties.

Nitrogen placement and timing practices have also evolved. In the 1970s, most N fertilizer was applied as broadcast urea (46-0-0). Research during that period found that anhydrous ammonia (82-0-0) outperformed urea mainly because ammonia was banded and urea was broadcast.

One of the key benefits of band application of N is reduced immobilization by soil micro-organisms. Immobilization ties up a larger portion of fertilizer N during decomposition of crop residues, and maximum immobilization occurs when crop residue and fertilizer are incorporated together into the soil. It’s important to remember that fertilizer additives such as nitrification inhibitors are unlikely to reduce immobilization, but band placement will.

Landscape position also affects nitrogen uptake and efficiency. Excess moisture is a very important factor that contributes to N losses . . . and the risk of excess moisture varies across a variety of time and spatial scales . . . including not only the regional differences across a country or a province, but also at the landscape scale within a field. 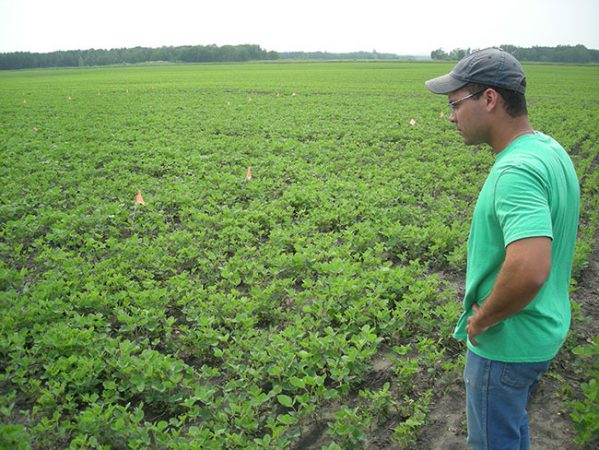 Phosphorus lessons learned
In 1975, banding was generally accepted as a better way to apply phosphorus (P). A quote from Don’s old textbook, Soil Fertility and Fertilizers, third edition, by Tisdale and Nelson (1975), indicated that: “Drilling the P with small grain seed requires only half as much to produce a given increase in yield as when the material is broadcast.”

Westco research in the 1980s found this statement was generally true, but may underestimate the benefits of banding P. Wheat yield was higher with banded than broadcast P fertilizer, and 20 kg/ha phosphate banded was as good as 80 kg/ha broadcast. But the Guide to Farm Practice in Saskatchewan (1987) and a more recent Ag Canada study also indicated that yield response to P fertilizer on the same site is highly variable from year to year, depending on moisture and temperature conditions. Part of the variability is due to crop rotation (e.g., whether the crop was first or second year wheat after fallow), but it’s also due to year-to-year variability in P supply from soil vs. P demand by crop.

P response also varies with crop species. For example, greenhouse studies in the 1960s at the U of M showed that soybeans are more efficient than other crops for feeding on soil P in Manitoba soils. That probably explains why recent field studies by U of M graduate student Gustavo Bardella showed that even on sites with low soil test P, soybeans responded infrequently to fertilizer P. Only one of 28 trials showed a seed yield response to P fertilization. This had not changed, as the 1975 Tisdale and Nelson fertility textbook highlighted similar findings.

Research on corn response to starter fertilizer P has produced some contradictory findings. The 1975 textbook recommendation was to sideband starter P to corn, particularly in northern areas. This was supported by U of M masters student Magda Rogalsky in her research (2015-2016) that found side-banded starter P in corn provided substantial benefits, especially if the corn was planted after canola. Starter P resulted in twice as much early season biomass, up to one week earlier maturity, a decrease of grain moisture content by two to three per cent, and a 10 per cent yield increase.

But subsequent research by U of M Masters student Dickson Tran (2017-2019) added another perspective. Dickson looked at the effect of starter P on eight different corn hybrids. Although starter P improved the yields, overall, when averaged across all eight hybrids, only one of the hybrids had a substantial yield response and that was the hybrid that Magda Rogalsky had used in her study. 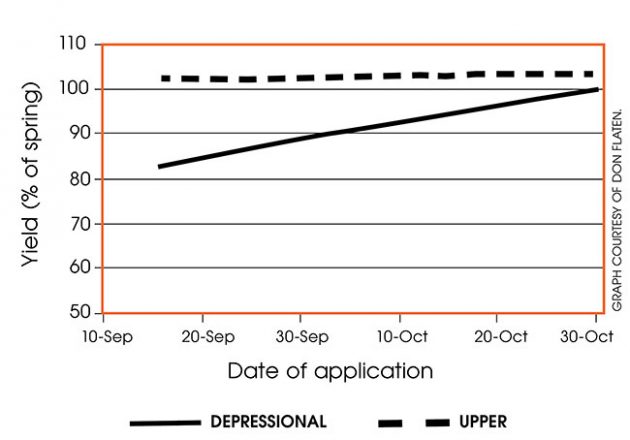 Megan Bourns, in her U of M Masters research project in 2018 and 2019, looked at K fertilization of soybeans on K deficient soils. Potassium deficiency symptoms were observed throughout the growing season. However, she found no yield response to any K treatment at any site. But barley planted on the same sites showed a 20 per cent increase in yield where soybean showed none. This indicates that the current recommendations based on soil test K work well for barley but not soybean.

Another trend that Don and others have observed since the 1980s has been the increasing risk of sulphur (S) deficiencies, even on black soils with high soil organic matter. As a result, sulphur fertilization has become standard practice for canola production on almost all types of soils in Western Canada. 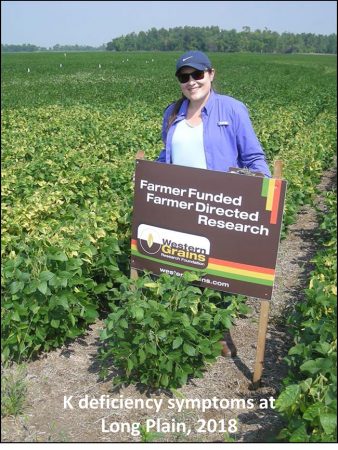 Into the future
From Don’s perspective, climate will continue to challenge us, with increasingly variable weather, from one place to another and from one week, month, or year to the next. Public concerns about environmental issues will continue to grow, resulting in mixed impacts of government policies and consumer pressure on agricultural practices. This means that principles of soil fertility and crop nutrition will continue to apply, and that new agronomic technology should continue to be built on sound agronomic techniques.

As a final thought, what would Old Professor Don advise Young Student Don? First, science can be helpful – learn it and use it. Second, all of us can learn something from someone else. And finally, enjoy not only the journey, but also the wonderful people you’ll meet and work with along the way.