Features Corn
ESN for corn can be a risk management tool

ESN as insurance against N losses. 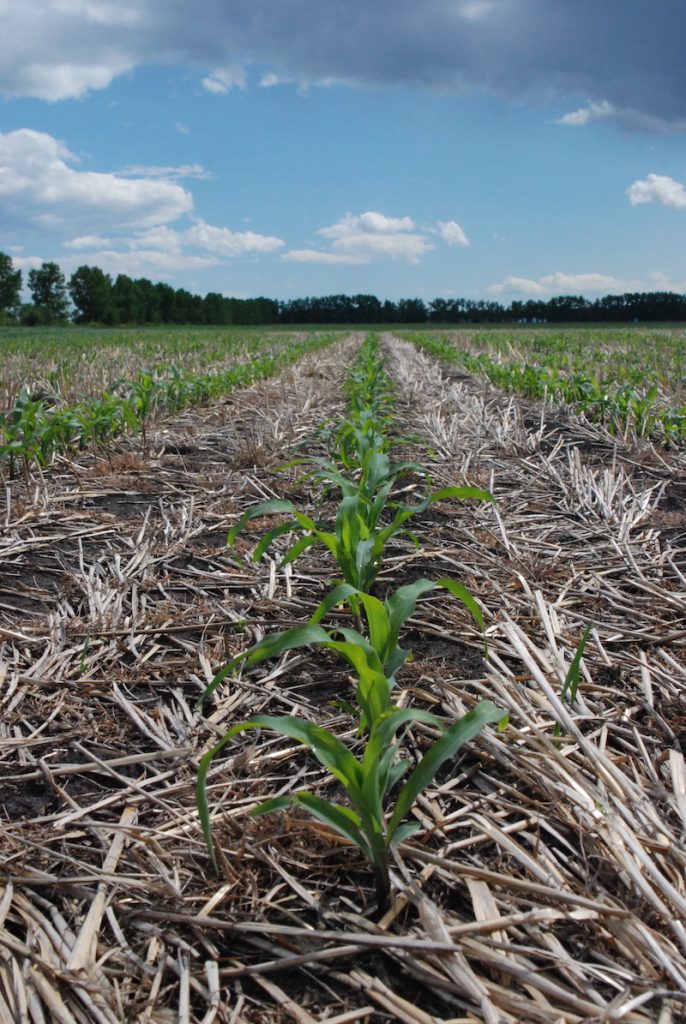 ESN and other enhanced efficiency fertilizers may be useful as a risk management tool. Photo by Bruce Barker.

ESN is a controlled-release nitrogen (N) product that can reduce the risk of volatilization with surface-applied N, or leaching and denitrification losses due to excess moisture. As part of a larger corn fertility study in Manitoba, researchers looked at how ESN might fit with Western Canadian corn production. The researchers assessed the impact of ESN use, rate, placement and timing.

“Of the nine site-years for this trial, only two, possibly three, sites showed a statistically significant corn yield response to added nitrogen. That does not mean that corn does not need nitrogen. Rather, it shows that there were other factors at play, the biggest of which was excess water, that severely impacted the crop’s ability to take up N and achieve our yield targets,” says Curtis Cavers, Agriculture and Agri-Food Canada agronomist in Portage la Prairie, Man.

The lack of N response made it difficult to assess how ESN and other enhanced efficiency fertilizers might work on the Prairies. Three years of trials were conducted from 2014 through 2016 with 12 different N fertilizer treatments that were compared:

Cavers says that despite the soils testing low in nitrate-N and low in organic matter, there was little response to N application. Even the check with 0 N yielded close to 180 bushels per acre. This is despite the soils testing between 41 to 58 lbs. per acre nitrate-N prior to seeding, and organic matter ranging from 1.4 to 2.4 per cent on the three sites at Elm Creek (loamy fine sand); MacGregor (loamy very fine sand, tiled); and Morden (loamy very fine sand) in 2016.

“You wouldn’t expect that level of mineralization, but under the right conditions with good soil moisture and warm temperatures, there can be high levels of mineralization. That’s one of the reasons we didn’t see much response to nitrogen fertilizer,” Cavers says. “The problem is that you can’t depend on mineralization to supply N because it is dependent on environment.”

One of the findings from Cavers’ research was that late applications of N at the V8 stage didn’t always provide a yield response. Late
applications of UAN often did nothing other than increase the amount of soil nitrate post-harvest, which is at risk of loss to the environment.

“Fertilizer rate or source is less of an issue than timing. If you apply too late for the crop to use in our short growing season, you’re not going to see a response,” Cavers says.

Cavers says that enhance efficiency fertilizers like ESN or others like Super U or Agrotain-treated urea could be useful if corn growers are applying their N at pre-plant or at planting in the spring under conditions where leaching or denitrification might occur. Those would be on sandy soils, poorly drained soils or environmental conditions where high rainfall is common.

“If you are a corn grower on imperfectly drained soils prone to excess moisture, it is likely a good insurance practice to use ESN – we used a 50-50 urea/ESN mixture – to avoid N losses,” Cavers says.

Cavers says that producers need to decide how risk-averse they wish to be – either putting all of the corn crop’s N fertilizer needs “up front” using enhanced efficiency fertilizers as insurance, or whether they wish to supply sufficient amounts of starter N and “spoon-feed” the crop with early, in-season N applications.

“Current corn research is looking to address rate and timing. The form of N fertilizer by itself may be less important than the overall management of the fertilizer, such as placement and timing of the fertilizer, especially as it relates to moisture,” Cavers says. “We can do all sorts of tinkering with the 4R management factors, but when growing corn in areas of limited drainage and receiving high rainfall, the most yield-limiting factor is drainage.”