In recent decades, Prairie producers have taken steps – such as using minimum tillage, improving water supplies for livestock, and storing extra feed – that enable them to survive short droughts. But the Prairie climate in the coming decades could include droughts that last five, 10 or more years, as well as extreme swings between really wet and really dry conditions. So Prairie people are starting to come together to plan and prepare for whatever the future might hold.

Many people on the Prairies have experienced dramatic shifts between extremely dry and extremely wet periods in the last few years. “For instance, from April to June in 2015, Regina had 43 millimetres of rain. Normally it would see about 147. Looking at the records that go back to the 1880s, it turns out to be the third driest such period in 120 years. But the previous April to June was the wettest on record for Regina. That is the kind of weather whiplash that farmers are dealing with. The weather has a Jekyll and Hyde personality,” David Phillips, senior climatologist with Environment Canada, says.

He adds, “Farmers build into their strategies dealing with things like too wet to seed and too dry to grow – those things happen when you’re in farming. But when you get back-to-back weather conditions you would expect to see only once in a career of 40 or 50 years of farming, how can you deal with that?”

Looking at the period from 2009 to 2011, University of Manitoba atmospheric scientist John Hanesiak and his colleagues found that precipitation ranged “between record drought and unprecedented flooding.” In some instances, drought and very heavy rains occurred at the same time in different parts of the Prairies. And some locations experienced both weather extremes within those three years; for example, some southern Manitoba farmers had insurance claims for both flooding and drought in the 2009 growing season.

This type of wild variability is predicted to be part of the future climate. “We are expecting to see greater variability from year to year, going from droughts to really wet periods. Even the older climate models were telling us 10 or 15 years ago to expect that kind of a pattern,” Hanesiak says.

The current variability in the Prairie weather may be one indication that the predicted patterns in the atmosphere are starting to become a reality. “Recently some articles have suggested that we’re on the verge of seeing these things happening now, where the wave in the jet stream tends to meander a little more. That potentially could create a more stagnant pattern, where you get longer periods of drought and longer periods of wet, depending on where you are on that wave,” Hanesiak explains.

Studies of past climate patterns show that such weather extremes are not new to the Prairies. Research by Dave Sauchyn of the University of Regina has found that multi-year and multi-decade Prairie droughts have occurred during the past 1,000 years.

“We tend to get caught off-guard [by extreme weather] and we use the excuse that ‘we couldn’t have anticipated it because it has never happened before.’ We’re implying that it has never happened in our lifetime because we all think in terms of our own situation,” Sauchyn says. “But if you get outside your own local experience and look at the longer records, you find that it has happened over and over again.”

Adapting as individuals and groups
Sauchyn has been sharing the results of his climate research with Prairie people who need the information, and he has been learning from them about their drought adaptation strategies. For example, in October 2015, Sauchyn and his research group met in southwestern Saskatchewan with local people including farmers, ranchers and government officials.

“They told us that much of what they have already done over the decades, and especially the last few decades, is putting them in good shape because, in general, agricultural practices are more sustainable than they were in the past. That is reflected in less soil erosion and more resilient agricultural ecosystems. In general, if you maintain a healthy and resilient agro-ecosystem and take proper care of pastures, crops, soil and water, then agriculture will be less vulnerable to the impacts of climate change,” he says.

“But they also told us that individual farmers and ranchers can only do so much, especially if drought exceeds more than one or two years. They can store water for a couple of years. There is an extensive water storage and diversion infrastructure on the Prairies, especially in the drier parts, and it has been very effective in withstanding one- or two-year droughts. Beyond that, there is only so much water that can be stored. Similarly, feed can be stored for one or two years. But they tell us that after a couple of years of drought, the local options are pretty much exhausted.”

At that stage, people turn to their social capital. Sauchyn explains, “We’re all familiar with concepts like ‘fiscal capital,’ money, and ‘natural capital,’ ecosystem goods; there is also ‘social capital,’ maintaining good relations among neighbours. Especially when people are faced with climate extremes like flooding and drought, they rely very much on that social capital.”

He notes, “One of the most effective ways to adapt to a changing climate is to work collectively, with your neighbours within your watershed. Local organizations such as watershed stewardship groups are especially effective.”

BRWA research and stewardship coordinator Susanna Bruneau outlines how the Alliance is approaching climate variability. “At conferences, they talk about preparing for extremes, where you could get really wet events, like the flood in Calgary a couple of years ago, or a multi-year drought. We’ve been trying to work on things that can help in managing both those extremes, especially natural infrastructure like wetlands and riparian areas and even shelterbelts.” Those types of features can have benefits like reducing flood peaks, capturing water in case of drought, and protecting water quality.

She notes, “Another part of how we approach things is trying to have our systems – whether it’s our social support systems, agriculture systems or water infrastructure systems – made in a way that can be adaptive to whatever comes our way.” She explains that the BRWA recognizes the complexity and uncertainty in these systems so it works to continually learn from experience and adjust its plans and actions to more effectively deal with emerging realities. If the BRWA finds that an approach is not working, then it evaluates the approach, asks stakeholders what should be done differently, and modifies the approach to make it work better.

Drought planning a priority
In a watershed-wide consultation process, local people identified drought planning as a top priority for the BRWA. So it developed drought guidelines and policies, which were released in 2012. These documents provide a framework to help agencies in the watershed when developing drought plans for their own area of responsibility. The guidelines relate to agriculture, social issues, natural areas, and water quantity and quality, and consider the social, economic and ecological impacts of drought.

Although people in the Battle River watershed are aware of the need for drought planning and preparedness, it is a challenge for local agencies to direct their limited human and financial resources towards this task. Bruneau doesn’t know of any agencies in the watershed that are currently using the BRWA’s guidelines to develop their own drought plans, but she’s hoping that will change.

“Drought is part of the climate cycles here on the Prairies. Drought is going to happen, no matter what happens with climate change. There is a lot we can do to mitigate the impacts of drought if we plan and adapt before a drought happens,” Bruneau says.

“Drought is not like a flood or an earthquake; it’s not a sudden crisis where you have to deal with things in the heat of the moment. Drought is sly and it sneaks up on you. Unless you are paying attention you’ll get caught. But we have opportunities to prepare for drought, and when we see drought coming or just less than normal precipitation, there are things we can do.” 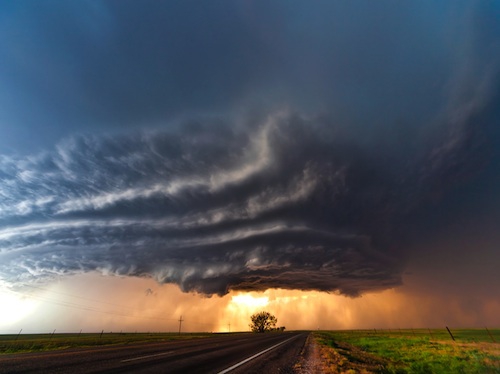