News
Dr. Murray McLaughlin named to the top 125 people in the advanced bioeconomy

March 17, 2015 -  Dr. Murray McLaughlin, Executive Director of Bioindustrial Innovation Canada (BIC), has been named one of the "top 125 people in the advanced bioeconomy" by the international industry publication Biofuels Digest. Award recipients were recognized at the 2015 Advanced Biofuels Leadership Conference in Washington.

“This award recognizes Murray’s outstanding contribution to global collaboration and growth of Canada’s bioeconomy,” says Alexander (Sandy) Marshall, BIC’s chair of the board.

The Top 125 People in the Advanced Bioeconomy list was compiled from votes by readers and the editorial board of Biofuels Digest. Leaders from organizations based in 15 different countries were recognized in the listing, which considered commercial deployments at scale, key figures in deployment of alternative fuels and pioneers in renewable chemicals.

“It’s an honor to be included in this listing,” says Dr. McLaughlin. “Canada has made great progress in recent years in building its bioeconomy and a strong future for its agriculture and forestry sectors.”

Jean-Francois Huc, president and CEO of BioAmber Inc. which is currently building a biosuccinic acid plant in Sarnia, was also named to the list. BioAmber received early funding support through BIC’s investment program.

In 2014, Agriculture and Agri-Food Canada (AAFC) announced $7,098,800 in funding assistance to support BIC’s BioProducts Agriculture Science (AgSci) Cluster program. The funding, through AAFC’s Growing Forward 2 program, supports the development of the bioeconomy in Canadian agriculture and will be managed by BIC in its ongoing role to generate new business opportunities and build bioproducts clusters across Canada.

Bioindustrial Innovation Canada (www.bincanada.ca) is a Canadian not-for-profit organization catalyzing the commercialization of bio-based and sustainable chemistry-based technologies, with a focus on advanced biofuels, biochemicals, biomaterials and bio-ingredients. BIC supports the creation of jobs and economic value sustainably in Canada. 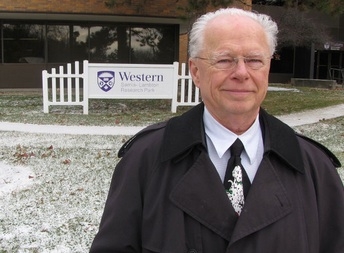