Features Agronomy Cereals
Diversity can be a good thing

With a greater understanding of the interconnections within the cropping system, there may be potential to manage a system to promote the presence of beneficial soil microbes and high quality crops.

The newest cultivar in the study, AC Superb, had the highest organic and conventional yields, whereas the oldest cultivar, Marquis, had the lowest yields in both systems of production. Cultivars varied in breadmaking quality traits, but most were within acceptable levels for Canadian Western Red Spring wheat, indicating that all the chosen cultivars would produce quality bread wheat in both organic and conventional systems of production.

Microbial communities altered by management systems and wheat cultivars
One of our primary interests in this study was to see if the management systems altered the soil microbial community.  The two systems did have different soil microbial communities, and because of the close pairing of the two research sites, we can reasonably assume those differences were due to production practice differences.  The organic system had higher levels of bacteria, fungi (including beneficial arbuscular mycorrhizal fungi) and diversity in the soil microbial community.  The presence of mycorrhizal fungi in our study was positively associated with yield and some breadmaking quality attributes in the organic system, where nutrients may not be as readily available as in conventional systems.

Using composted manure in the organic system may have also played a role in the observed differences in soil microbial communities between the two cropping systems, because manure is a direct addition of organic matter to the soil system.
A surprising and exciting result from this research was that the newest wheat cultivar in the study, Superb, had the highest levels of mycorrhizal fungi associated with the roots in the conventional system. Arbuscular mycorrhizal fungi form mutually beneficial associations with many crops, including wheat, and exchange nutrients such as phosphorus for plant carbon products. Other studies have suggested that mycorrhizal dependency is being bred out of modern wheat cultivars.

Our results suggest that breeding efforts in conventional environments have cultivated mycorrhizal dependence in that environment.

Positive, negative effects of weeds
In this study, we saw that increased soil microbial diversity often led to decreased wheat yield and breadmaking quality measures. Weeds helped increase soil microbial diversity in the organic system, so some of the negative effects of diversity on yield can be attributed to the presence of weeds. We know that the presence of weeds in a field can lower yields, and possibly crop quality as well. So, the positive benefits from weeds (such as an increase in microbial diversity) were tempered by the impact of the weeds on crop yield and quality.

*Editor’s note: This article is based on the Canadian Journal of Plant Sciences “best agronomy article” for 2011. 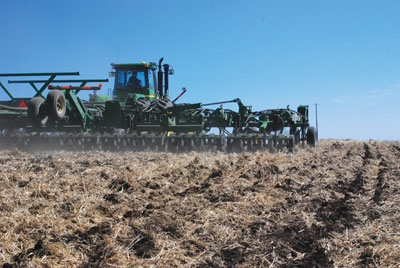