Crops require a number of nutrients in very small amounts called micronutrients. The most common micronutrients include boron (B), chlorine (Cl), copper (Cu), iron (Fe), manganese (Mn), molybdenum (Mo) and zinc (Zn). There are at least five other elements that are needed by specific crops (that we won’t discuss in this article).

The term micronutrient refers to the relatively small quantity of a nutrient that is required for plant growth. It does not mean that these nutrients are less important to plants than other nutrients.

Table 1 below shows the total amounts of micronutrients taken up from the soil by high yielding wheat, barley and canola. Plant growth and development may be retarded if any one of these elements is lacking in the soil. Fortunately, we do not have widespread micronutrient deficiencies in Western Canada.

Soil sampling and testing
Soil testing can be helpful as an initial screening to determine if any of your fields are potentially low or marginal in a micronutrient. Have representative 0 to 6 and 6 to 12 inch depth soil samples analyzed for micronutrients. Most soil testing labs in Western Canada determine metal micronutrients Cu, Fe, Mn and Zn, using the diethylene triamine pentaacetic acid (DTPA) method. Boron is extracted using hot water and chloride is determined using water.

It is important for farmers and agronomists to recognize soil testing for micronutrients is not an exact science. The DTPA method for determining metal micronutrients works reasonably well for copper and zinc. The challenge is having reliable field research to determine the critical levels at which crops will economically respond to micronutrient fertilizers in the various soil and agro-ecological regions of Western Canada. Good research information is available for copper, limited information for zinc and very limited information is available for iron and manganese. Up to now, crop response to micronutrients across the Prairies has been minimal, making it difficult to accurately determine the critical soil test levels at which micronutrient responses may occur.

There isn’t a suitable soil test for molybdenum. The present soil tests used for boron and chloride are not very effective to predict crop response to these nutrients. For example, in a study in southern Alberta, about one-third of soils tested < 0.5 ppm for boron, which is often considered deficient. However, research trials conducted with winter wheat, spring wheat, barley, canola, pea, bean and corn at a number of sites over four years showed no positive responses to boron. From this and other work it is very clear the boron test and the critical levels used to recommend boron are not very reliable.

Boron
Boron deficiencies have been suspected in canola and alfalfa grown on sandy-textured Gray soils. Research to specifically document crop response to added boron is limited. Normally, I would not recommend boron on an entire field based only on a low B soil test, due to the limitations of the test. If soil test B is < 0.5 ppm, I would suggest trying carefully laid out field scale test strips with sensitive crops like canola or alfalfa to determine if a soil B deficiency actually exists.

Chlorine
The soil test for chlorine is very unreliable. Therefore, I normally would not recommend chloride on an entire field based only on a low Cl soil test.

Generally, crop requirements for chlorine are satisfied by the chlorine in the soil and received in rainfall. Rainwater on the Prairies typically contains 0.5 to 1 mg/l of Cl, which is more than sufficient to meet crop requirements. Chloride is also added to soil in potash fertilizer (KCl).

North Dakota research has shown that chloride added at rates higher than required to meet nutritional needs is associated with suppression of root and leaf diseases in some cereal crops. However, western Canadian research is very limited to demonstrate this benefit in Western Canada.

Copper
Research has clearly shown cereal crops will respond to added copper when soils tests are low. Wheat and barley grown on Black or Gray soils may benefit with copper application when the soil test for Cu is < 0.5 ppm. Wheat and barley response to copper on Brown and Dark Brown soils is uncommon and copper should only be applied to these soils when soil test Cu is < 0.3 ppm.

Cereal crops grown on soils with greater than 30 per cent organic matter to a depth of 30 cm often respond to copper fertilization, when soil test levels are < 2.5 ppm.

Generally, copper deficient mineral soils tend to be either sandy or light loam soils with levels of organic matter in the range of six to 10 per cent. Copper deficient soils are sometimes associated with soils with high levels of soil phosphorus or which have received heavy applications of manure.

Broadcast and incorporated rates of 3 to 8 lb/ac of copper in the form of copper sulphate or copper oxide are recommended for deficient mineral soils. On organic soils, broadcast and incorporated rates of 10 to 15 lb/ac are necessary. Soil application rates should be effective for five to 10 years. Chelated forms of copper are also effective in the year of application but the residual effects in Prairie soils is not well known.

Iron
Iron deficiencies have rarely been observed in field crops in Western Canada. Soybean is a relatively new crop to the Prairies and is particularly sensitive to low soil iron levels.

An iron soil test below 3.0 ppm is considered very low and at 3.0 to 5.0 ppm is considered low. These critical levels need western Canadian field research to be verified. Deficiency symptoms with soybean most commonly occur in cool, wet spring conditions. However, research in the U.S. has found the DTPA test is not well correlated to iron fertilizer response. U.S. research generally has found a foliar application of 0.15 lb/ac is recommended versus a soil application for soybean. Note that in the spring as the season warms up, soil iron tends to become more available to the crop and may grow out of the deficiency.

Only limited information is available on manganese fertilization. As a rule, broadcast applications are less effective. For cereals, a seed placed treatment of manganese sulphate may be more effective. Foliar application can also be used if deficiency symptoms develop during the growing season.

Zinc
Zinc deficiencies tend to occur on soils that are calcareous, have a high pH, are sandy in texture and/or have relatively high soil phosphorus levels. Deficiencies tend to occur in spring when conditions are cool and wet. In southern Alberta, irrigated field beans have responded to applications of zinc particularly on sandy soils. Zinc deficiencies have been suspected in some irrigated cornfields in southern Alberta, but research trials have not confirmed this. Response to added zinc may occur on eroded or machine leveled soils or soils that have had large amounts of added phosphate fertilizer.

It is important to keep the need for micronutrient fertilizers in perspective. Many farmers have applied micronutrients in the hope of increasing crop yields even though there is little evidence to suggest a deficiency exists.

Farmers with fields testing very low or low in a micronutrient are encouraged to apply the nutrients in carefully laid out, replicated test strips. These strip treatments must be carefully marked out for comparison to adjacent control strips. Visual comparisons and yield measurements should be made to confirm if a yield benefit actually occurred.

There is no doubt soil micronutrient levels will gradually decline as cropping continues. As soils continue to be cropped, micronutrient deficiencies may become more common as available levels of some elements are depleted. Fortunately, most Prairie soils are currently well supplied with micronutrients. Soils and crops in Western Canada that require micronutrient fertilizers are the exception, not the rule. Care must be taken to keep the need for micronutrient fertilizers in perspective and not to promote them beyond their true significance. 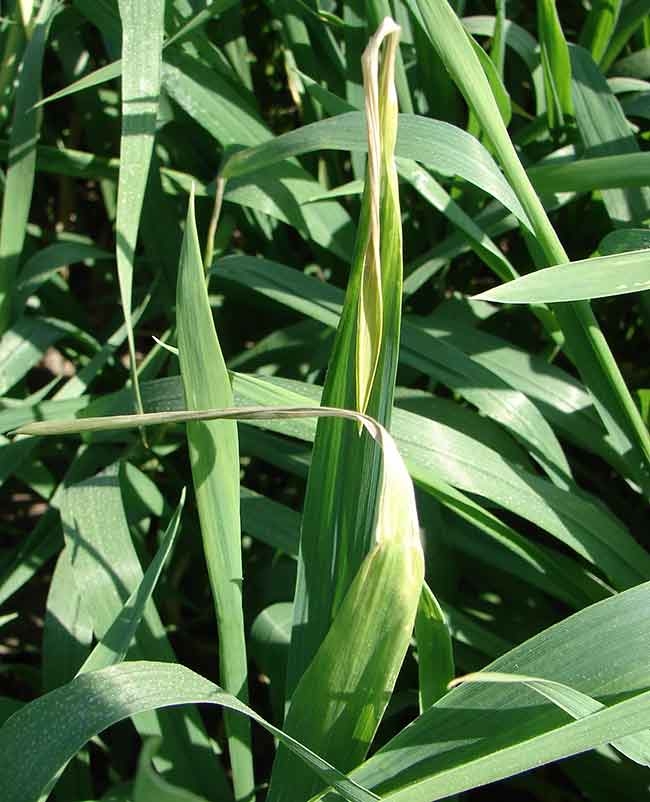