Weeds defend themselves from control measures in many ways, and can adapt to our cropping systems. A winter annual cleavers is avoiding herbicide control because it germinated in fall and will be too large and difficult to kill before an herbicide is applied in the spring. Buckwheat is naturally tolerant to glyphosate, although it is not resistant. Stork’s bill can be a winter annual but it is also morphologically plastic and keeps germinating all season long. Herbicide resistance is another way a plant defends itself. 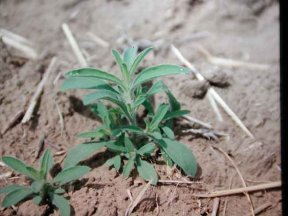 The Phoenix resistance mechanism may be how kochia developed resistance to Group 4 fluroxypyr and dicamba.

Another common target site resistance is a change to the ACCase enzyme, affecting the Group 1 herbicides. Depending on the change, there can be resistance to one or more herbicide types in the Group. So a wild oat may be resistant to a Fop herbicide but not a Dim or Den. Cross resistance can be predictable with DNA testing.

A normal susceptible kochia with two copies of EPSPS is controlled by 217 grams ae per hectare of glyphosate. If gene amplification produced nine EPSPS copies, the dose rate would need to be 1736 grams ae per hectare. For 12 copies, it takes 3000 grams. The copy number tends to increase over time. We have some high levels of resistance in kochia in Canada (up to 27 copies) and the resistance tends to increase over time.

Target site amplification is much rarer than target site mutations but it is a creeping resistance. If there are some low copy number plants, an increased glyphosate rate would control them, but the ones that have more copy numbers are not controlled and are selected for resistance. I think it’s safe to say low herbicide rates can select for gene amplification.

Cytochrome P450 and GST are enzymes that are naturally found in plants, and resistance conferred by these enzymes is called enhanced metabolism or metabolic resistance. They are present because they do metabolic work in the plant and many different genes are involved. These are the enzymes in a crop that break down the herbicide and allow the crop to survive. Weeds can be selected for their ability to survive herbicides using P450 or GST to detoxify the herbicide.

Resistance of this sort can affect herbicides in several groups, for example selective herbicides in Group 1 and 2. Rotation by herbicide group is not an effective way to slow resistance and there is no simple genetic test for this type of resistance.

Enhanced metabolism can provide resistance to herbicides in multiple groups. Usually there’s more than one genetic change and resistance can build up slowly, one gene at a time. Low herbicide rates, or herbicides applied late, increase the selection for this type of resistance.

Enhanced growth is another non-target site resistance mechanism. This is a mechanism responsible for resistance in Group 8 herbicides triallate (Avadex) and difenzoquat (Avenge). How the resistance developed isn’t clear, but for soil-applied triallate, the wild oat mostly just grew through the herbicide layer. Group 8 resistance was present through parts of Western Canada and may still be there.

We also tested these old Group 8 resistant wild oat populations with some new soil-applied herbicides, the Group 15 pyroxasulfone and Group 14 sulfentrazone. This wild oat population had not been previously treated with these two new Groups. Unfortunately, we’re seeing some underlying pre-existing resistance because the seedlings are just growing through the herbicide layer. With these new Groups, we are going to have to watch very carefully for resistance because there’s already some pre-existing resistance out there.

Another non-target site resistance is the Phoenix mechanism. Essentially the weed sacrifices part of the plant to prevent death of the entire plant. This is responsible for giant ragweed resistance to glyphosate. After glyphosate application, there is rapid necrosis of the mature leaf tissue and slight chlorosis of the newest leaves, but the plant continues to grow.

This Phoenix resistance mechanism may be how kochia has developed resistance to Group 4 fluroxypyr and dicamba – the go-to herbicides for glyphosate-resistant kochia.

That population of dicamba-resistant kochia identified in Western Canada is located close to a glyphosate-resistant kochia, and there’s a good chance those mechanisms are going to pyramid as a result of pollination.

Dispersal defence is another mechanism for weed resistance to spread. Drifting along with the tumbling tumbleweed is resistance. The combine also spreads weeds widely. Unfortunately, because of dispersal, you may not get the “weeds that you deserve.” Short distance pollen movement, and short and long distance seed dispersal can spread resistance into the fields of growers who have done their best to avoid herbicide resistance.

Canada fleabane and likely spiny annual sow thistle spread long distances in the air. The seeds of Canada fleabane have been found in the planetary boundary layer, which is the lowest part of the atmosphere extending from the ground to the bottom of where cumulus clouds form. These weeds can move an incredible distance and intercontinental travel is not out of the question.

I believe resistant surveys are going to be very critical to understand the scope of the problem so that we can make the appropriate adjustments. I think research in the public sector really should focus on non-herbicide controls. The herbicide industry is working hard to find new modes of action and new mixtures. Therefore, with your public dollars, I would like to see more research focus on non-herbicidal controls because I think we need both solutions: herbicidal and non-herbicidal. 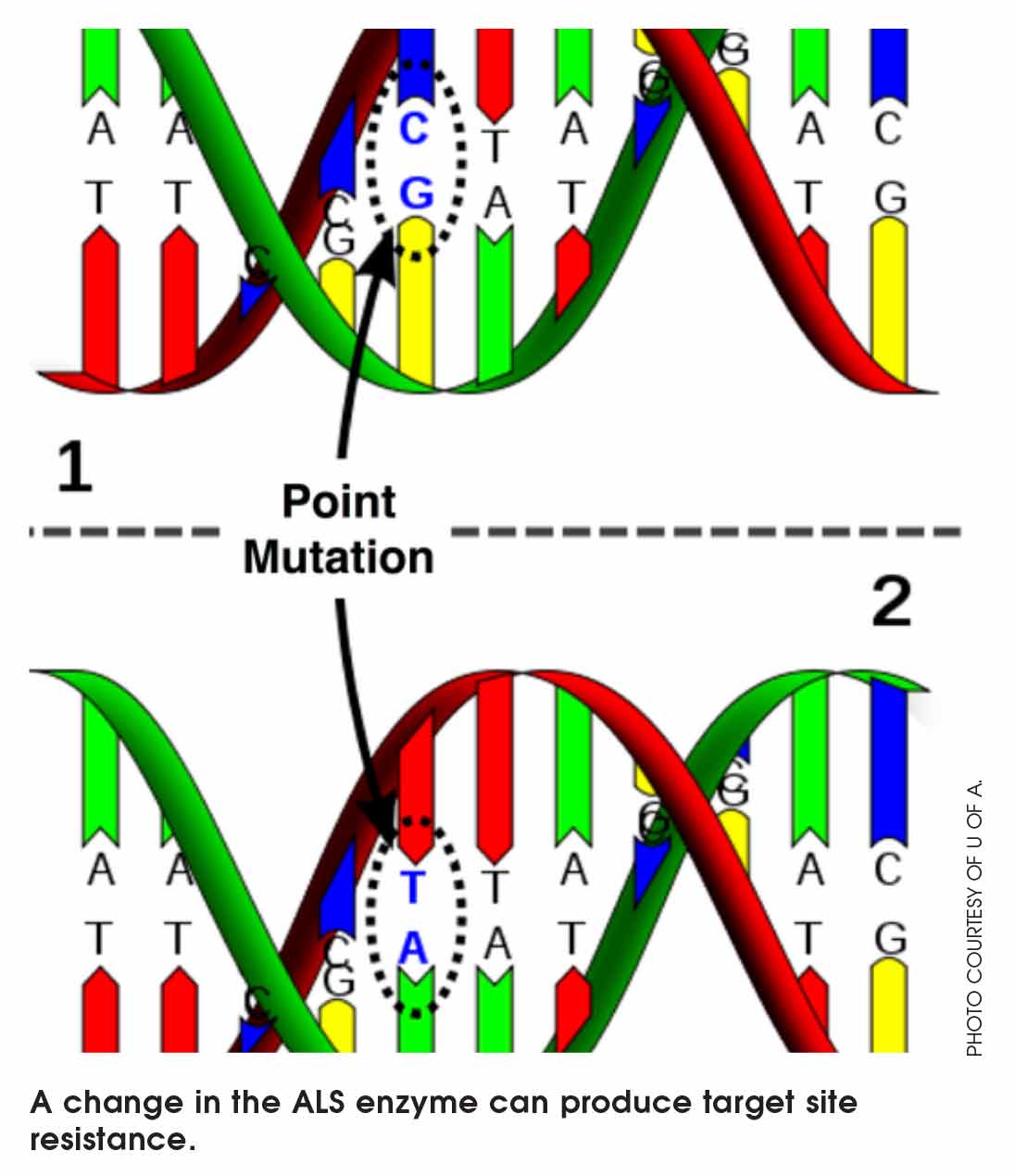