A case of mistaken identity. 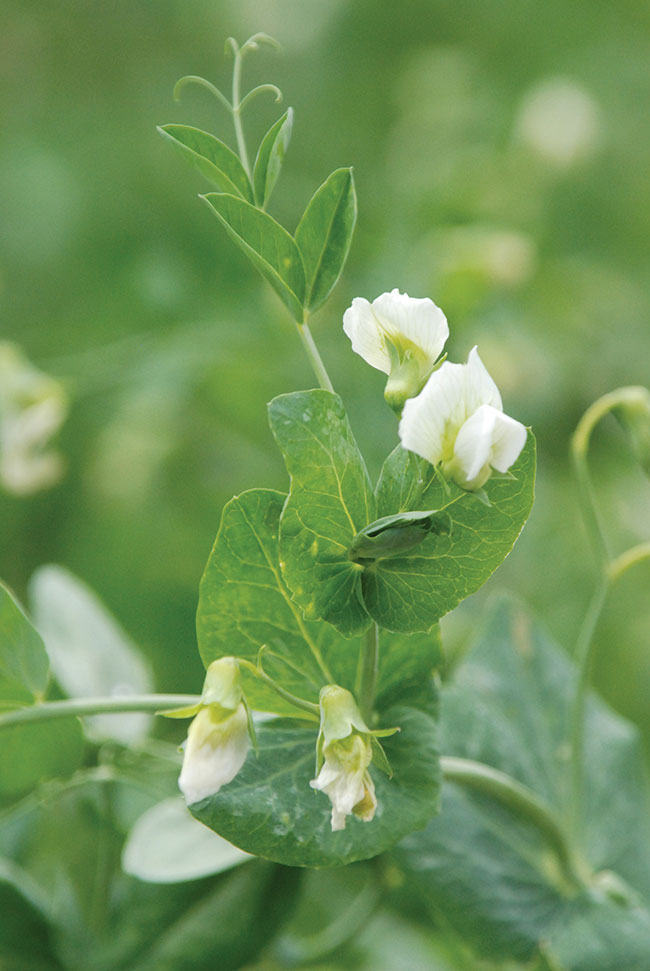 Yellow pea shipments to India must be certified free of D. dipsaci. Photo by Bruce Barker.

A microscopic worm that caused market access issues for yellow pea growers is not what it seems. The stem and bulb nematode, Ditylenchus dipsaci, is a quarantine pest and can attack a wide range of food crops including pea, lentil, onion, garlic, carrots, sunflower, and others. In 2004, when D. dipsaci was detected in Canadian yellow peas, India required every shipment of yellow peas from Canada to be checked for and certified free of the nematode. If the pest was found, the ship carrying the peas would have to divert to a third country to be fumigated to destroy the nematode before it could deliver its cargo to India.

“When the nematode was found in yellow pea by the Canadian Food Inspection Agency it was thought that the nematode was D. dipsaci. However, we suspected it was another species,” says Mario Tenuta with the department of soil science at the University of Manitoba.

Symptoms of D. dipsaci infestations on pea include swollen and distorted stems and petioles, with distinct lesions that are brown to black. Discoloration and distortion of pods and seeds are also observed.

In 2010 a Russian scientist identified a species of nematode that was very similar to D. dipsaci. This species, D. weischeri, was found on creeping thistle (also known as Canada thistle). With funding from the three Prairie pulse grower associations and the Alberta Crop Innovation and Development Fund, Tenuta led a two-year project to determine the species of stem and bulb nematode and its frequency in fields of the Prairie Provinces.

The good news for yellow pea growers is that D. weischeri is not a quarantined pest nor does it appear to cause damage to yellow pea. However, D. dipsaci is still a quarantine pest. In eastern North America D. dipsaci causes complete loss of garlic fields.

Tenuta adds, “It is important that pea farmers on the Prairies are vigilant and protect their fields from getting D. dipsaci, such as avoiding planting and having their fields near garlic and onion grown from contaminated seed.”