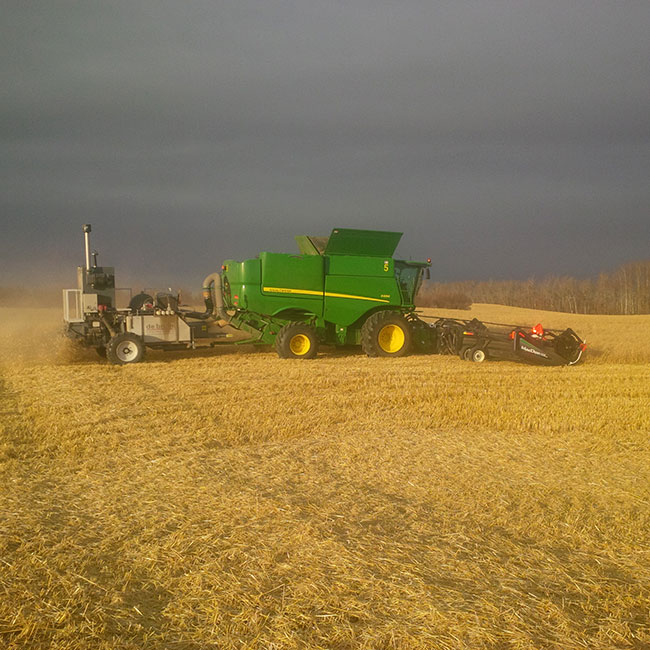 As part of an integrated weed management strategy to manage problem and herbicide-resistant weeds and protect working herbicides from losing their effectiveness, researchers are looking at various strategies including harvest weed seed management. Researchers at Agriculture and Agri-Food Canada (AAFC) in Lacombe, Atla. are conducting a field scale evaluation of the Harrington Seed Destructor (HSD) to evaluate the tool’s efficacy on weeds in Alberta and to determine if efficacy varies by cropping system and management choices.

The project began in the fall 2017, with the first field scale harvest with the Harrington Seed Destructor completed on 20 producer fields. “We conducted the trials on both swathed and straight cut systems and a range of crops including wheat, canola and peas,” explains Breanne Tidemann, field agronomy and weed science research scientist with AAFC. “We went into the fields prior to harvest and marked out areas with more weedy patches. We were interested in how the seed destructor would work, as some of those patches were probably resistant weeds that producers were having trouble controlling. Some of the main weeds included wild oat, cleavers, hemp nettle, sow thistle and others that we could find that were causing issues in and around the Lacombe area.”

The project will run for three years, and includes replicated harvest trials comparing untreated plots with a regular combine operation and plots with the combine and seed destructor in combination. In the spring of 2018, weed counts were conducted in each plot. The harvest operations were repeated in the fall of 2018 on exactly the same plots in each of the 20 producer fields, and will be repeated again in the fall of 2019. The spring weed counts will be repeated in the spring of 2019 and 2020.

“One of the challenges with trying to reduce the seedbank is with persistent weeds like wild oat that often shed their seeds prior to combining,” Tidemann says.

“By going back to exactly the same spot over three years, we can better quantify the seedbank and hope that even with something like wild oat, this treatment will start driving those weed numbers down. Although we don’t have full results available yet, our preliminary results are similar to research done in Australia and the U.S. showing that the seed destructor provides greater than 95 per cent control of weed seeds that pass through the combine. The technology pulverizes the seeds and then puts the material back as a fine dust on to the field, which helps keep the organic matter and nutrients in the field. The equipment works well with a range of seed sizes, even with small weed seeds such as kochia we still had better than 95 per cent control.” 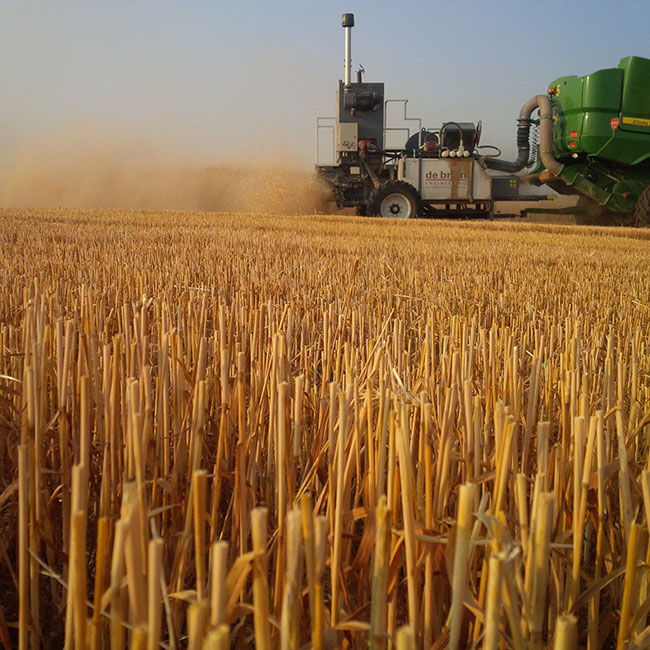 Tidemann notes that since the start of the project, the seed destruction technology has advanced rapidly in Australia. Her team purchased an original HSD in 2016 from Australia, which is a larger tow-behind unit that is now no longer available. The new integrated Harrington Seed Destructor (iHSD) units have been redesigned and are an integrated cage mill system mounted directly on the back of a combine. “Each year has seen improvements with the most recent iteration of the iHSD moving away from a hydraulically driven system that created some challenges with power draw and extra heat, to a mechanically driven system that has overcome those challenges and is also less expensive. Other improvements such as a built-in rock trap are helping reduce the wear issues on the cage mill and strategies to manage the fine dust produced by the mills. Only 10 of these new units were released in 2018, with scale-up and planning for release of up to 100 units in 2019. There is also a new competitor in the market, with a second company now commercializing the Seed Terminator. There are also a couple of other systems being developed, but they are not yet commercialized.”

Researchers are encouraged to see how fast the technology is improving and addressing the challenges, and that competition in the market, has also brought the cost of purchasing this equipment down. Tidemann adds they expected that the price might come down as competition entered the market. Compared to the original HSD tow-behind unit cost at $200,000 AUD, the latest iHSD system is now priced at about $85,000 AUD, while the Seed Terminator is listed at $100,000 AUD. “Recent testing done by Michael Walsh, director of weed research at the University of Sydney in Australia recently compared the efficiency of the original tow-behind and the integrated unit, which showed they are equivalent in terms of control. Therefore, the results from our research will still be relevant and transferrable to the newer systems.” 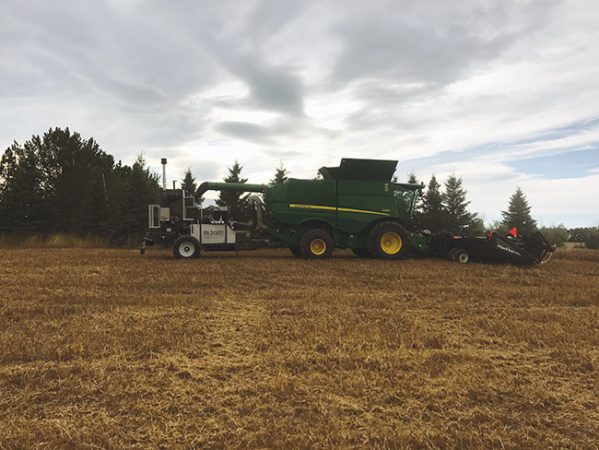 A combine with HSD tow-behind unit for field harvest trials in 2017. Photo courtesy of Breanne Tidemann.

Tidemann’s research project wraps up in 2020, and at that time she will be able to provide more final results of how successful the technology was in reducing weed numbers and seedbank persistence. As a strategy for helping to manage resistance, researchers hope that as the technology becomes more readily available that more producers would consider adopting this type of technology. “We prefer producers would consider adopting the technology before they have significant weed resistance issues because it will allow their herbicides to work for a longer period of time. Although it may seem hard to justify the expense in the short term when herbicide tools are still working, adding equipment tools in as part of an integrated weed management system will help our existing herbicide tools continue to work over the longer term.”

Other harvest seed control methods may also be a consideration and may be less costly to adopt. For example, chaff lining is being trialed in Australia where chaff and weed seeds are dropped in a narrow line behind the combine. The chaff, including the weed seeds, can then compost or rot in the narrow row. However, whether or not there would be the same effect under Canadian weather conditions is not known. Either way this type of strategy would limit those weeds to a smaller area and a more targeted herbicide application could be made.