When the title of “bread basket of the world” was coined, settlers were breaking up long established prairie and plowing down the perennial grasses that made the soil rich. Today, researchers in Canada and the United States are looking to re-establish perennial wheatgrass as a means for soil recovery and food production. Collected from Siberia, perennial wheatgrass could, when adapted and bred for consistent North American production values, be the next grain crop to sweep across the land.

Of numerous iterations of wheatgrass, the most promising and the closest to field production is Kernza, developed by The Land Institute in Kansas. Now under examination in Western Canada for adaptation to this climate and growing conditions, Kernza is a new class of grain that will eventually spawn varieties for all growing regions in Canada. But growers need patience because it could be a decade before the first variety is perfected and seed is available.

“We are narrowing down our germplasm and will be harvesting plots this year,” says Doug Cattani, the lead researcher working with Kernza in Canada. The University of Manitoba plant scientist adds there is a lot to learn about Kernza production besides developing varieties adapted to the Canadian growing system.

“Perennial wheat has deep roots that can reach deep moisture,” explains Jamie Larsen of Agriculture and Agri-Food Canada in Lethbridge, Alta. “It might work well in less productive areas to reduce erosion and build up the soil. Or it could be planted along a stream to protect the area, but there would be a crop as well. Typically, it is also disease resistant and it will compete strongly with weeds.” While it is in the field, it will be useful to break up weed and disease cycles while also replenishing the soil.

“From a seed industry perspective, I think this could look like a model similar to forage crops,” suggests Ellen Sparry, genetics and general manager for C & M Seeds in Palmerston, Ont. “I can see this potentially having a fit for soil recovery and for drier areas.” From a seed standpoint, she says, end use and production would have to match the annual wheat varieties that growers currently rely on.

This is where Cattani is focusing his attention. He is selecting and crossing to get Kernza varieties that are well-adapted to Canada’s growing areas, that have consistent quality and yield year after year, and which offer all the benefits promised by annual crops.

“We need to work out the system,” Cattani admits. “What do we need to do to get it ready for the following year? We can harvest it and cut it back, but what happens if we cut it right to the ground? We need to look at post-harvest management to see if we can get a consistent second and third crop.”

Larsen says perennial grain crops will mine moisture and nutrients lower in the soil strata because they put down a long root system. However, he adds, there may still be a need to add nutrients. But how much?

“You will get better drainage, better soil health, access to nutrients that are below the access of annual crops,” Cattani continues. “There’s a host of benefits that could accrue for future crops when perennial grains are included in the rotation and we want to be able to maximize the yield every year. But we’re still in the initial stages of development and we are at least 10 to 15 years away from a variety with a known production package to give producers.”

Nevertheless, Sparry believes it is good for growers to know about Kernza and to begin thinking about how it could fit in their operations. “From a seed standpoint, it would market similar to forage,” she suggests.

“Certainly, this will fit in any operation,” Larsen adds. There are also many potential uses for Kernza, he says, from basic livestock feed to bread-making. A company in the United States has also incorporated Kernza into beer production.

Unlike current crops that have been tweaked over time and continue to be improved, Kernza and other perennial grain crops need to be perfected before they enter the field, from production recommendations to management advice to end use requirements. Cattani reports there is an issue with kernel shattering in some Kernza varieties and he is working on selections to minimize that while also looking at yield potential and field readiness.

As Cattani prepared to harvest his plots of Kernza in August, he considered the best methods to accomplish the task and how to prepare the plots for production in 2017.

“We’d like to get three seed yields per crop no matter what the growing conditions are each year,” Cattani says.

For his part, Larsen would like growers to learn about Kernza and other wheatgrass prospects. He suggests they need to consider how and where these new grain crops could fit into their operations. Those with experience with forage will have a good idea how Kernza can be managed, but there will still be some adjustments they will have to make to ensure continued success for both human consumption and possible grazing for livestock. The researchers believe it would be ideal if the two could be accomplished simultaneously each year, but, again, that possibility still needs to be examined.

When something as promising as Kernza comes along, it’s difficult to wait until there is seed and a complete set of recommendations to ensure success in the field. Research in both the United States and Canada suggests Kernza is the closest to field readiness of the perennial grains. In the near future, when perennial grain is in a rotation, it could be possible to recover soil to the standard early settlers flocked to the untouched prairie to get. It may have taken 100 years to undo the value in those untouched soils across Canada, but within a decade a solution to revisit those heady days of early crop production could be field-ready. 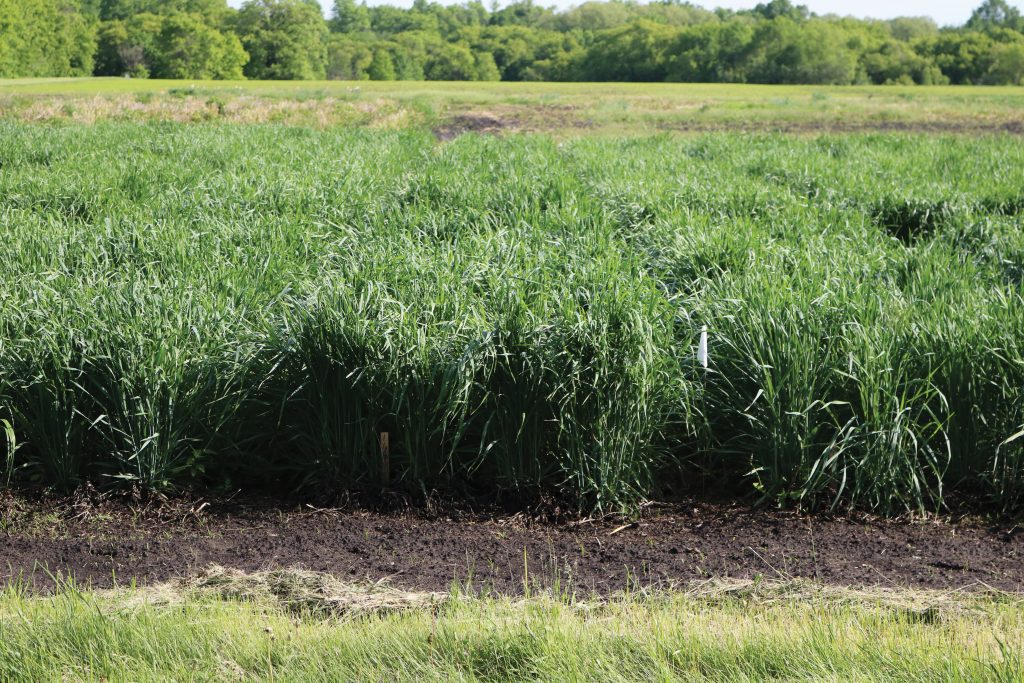