A Three Sisters project in Manitoba aims to increase diversity and build community. 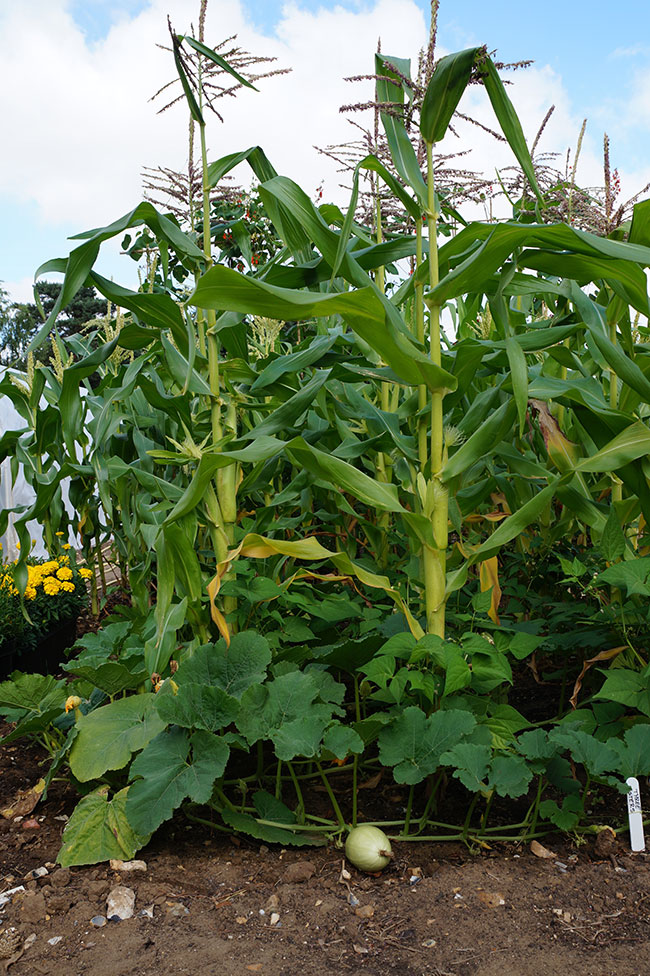 Corn, beans and squash planted as companion crops is the focus of a study at the University of Manitoba. Photo courtesy of Paulina /ADOBE STOCK

It started as a small project led by Victoria Smelko, a master’s student in the University of Manitoba’s department of entomology. But within a few short months, the study has gained national attention, with research sites mushrooming in Ontario and potential partners from B.C. and Quebec expressing interest.

The project aims to look at the effects of a traditional “Three Sisters” cropping design on ecological systems, from yield to insect communities, including pest and beneficial insect populations.

The Three Sisters are maize (corn), beans and squash, with sunflower often considered a fourth Sister. Companion cropping these plants in mounds is a historical Indigenous strategy that respects the qualities of each plant, says Kyle Bobiwash, an assistant professor and Indigenous Scholar in the department of entomology, and Smelko’s supervisor.

Simply put, when planted together, the plants work together. The corn or sunflowers are planted in the middle of the mound, and their strength and height supports the beans, which in turn fix nitrogen in the soil. The squash, planted in a ring around the sunflowers and beans, shades out weeds.

But the study won’t just look at the benefits of the Three Sisters cropping system. It’s designed to be easily replicable in Indigenous communities, where Indigenous groups can potentially use the study to start asking their own research questions. As you move further north in Canada, communities face very different sets of problems.

“How does Three Sisters help you speed up maturity in northern communities? How does it help mitigate flooding, or increase infiltration? All these environmental, social, spiritual or health problems might be knocking around in people’s minds, so this is an experimental area we can use for education,” Bobiwash says.

There are now sites in Ontario as well. Bobiwash and Smelko are collaborating with Joshua Nasielski, an assistant professor in the department of plant agriculture at the University of Guelph, the Ontario Ministry of Agriculture, Food and Rural Affairs (OMAFRA) and Collège Boréal in Sudbury. There are four sites at Guelph and three sites across southern Ontario, Bobiwash says.

“We’re not doing this to say we’re the experts – we’re opening the door to allow more Indigenous collaboration and development. The fact that we might have sites across Canada allows Indigenous people the opportunity to take the lead on these projects or start their own projects,” he adds.

Research setup
The project sites are designed to be permanent, Bobiwash notes, so the researchers can use the sites for long-term monitoring.

At least to start, the sites have been labour-intensive to set up, says Bobiwash. The Three Sisters’ mounded design is extremely different from the row cropping layout most in the industry are used to. Many of the research sites have pest issues, too, particularly legacy weed pressure from past trials.

“Our partners in Ontario are asking how we can mechanize a little of this work,” says Bobiwash. “They’re using a potato rower to create the initial mounds. I think the process of creating Three Sisters in a production-efficient sense – that’ll be an interesting outcome.”

As far as insect populations go, there will likely be interesting fluctuations. “We might see pure increases in pests, maybe small increases in beneficial [insects] – but even with that high pest pressure, we might still see yield. [The project is] really open-ended in terms of taking an observational approach, and the interesting interactions that are happening at that level above ground,” he says.

“We’re going to see that productivity drive pest abundance, but that might [ultimately] create a more beneficial insect community.”

Bobiwash and Smelko are keeping the study design simple. For now, they’re using a less-is-more approach to inputs. So far, they’re not using fertilizer or pest control but Bobiwash says they’re open to it.

“We’re looking at ways to make this applicable to Indigenous communities but also small to medium-sized farmers, organic or conventional,” he adds. “We’re thinking of ways to standardize some of these things to maximize production of these areas without that fertilizer outshining the N benefit of the beans.”

While it will have core elements, the study will be flexible, says Bobiwash, to allow communities in very different locations to adjust it to their own needs, and to ask their own research questions.

But the hope is that the study will help rebuild some connections: not only between plants and beneficial insect populations, but between humans and their food systems.

“It might rebuild some of those links that we’ve missed because people are so far away from their food,” Bobiwash says. “We hope everyone, our community partners, will be in there doing something. Whether it can be scaled up to a large system – that’s not the focus, but I think there will be a lot of interesting questions.”