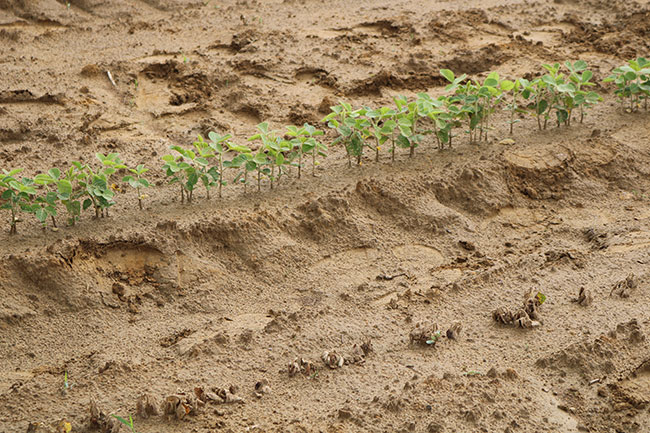 Research is underway to test the tolerance of soybeans to late herbicide applications. Photo by STEPHANIE GORDON.

Burndown herbicides are commonly used in no-till or minimum till soybean production systems to control emerged weeds prior to planting. Adverse weather conditions can delay those applications, putting growers in the difficult position of having to decide whether to spray after the recommended label date and risk crop injury, or not spray at all.

Mike Cowbrough, a weed management specialist with the Ontario Ministry of Agriculture, Food and Rural Affairs, is in the second year of field trials to evaluate the risks associated with late burndown herbicide applications.

Cowbrough says he started his study in response to farmers’ concerns. Some herbicide solutions for glyphosate-resistant weeds restrict applications being made beyond three days after planting, but as Cowbrough points out, it’s not unusual for growers to find themselves in a situation where they’ve been dealt a bad hand weather-wise and they’ve missed the window to follow the label recommendations.

“With glyphosate-resistant species like giant ragweed or Canada fleabane, your options to control them in soybeans once the beans are out of the ground are pretty well next to nothing,” he says.

“This isn’t research about best management practices. It’s about trying to identify what’s the lesser of two evils, and maybe taking some crop injury in order to get very good weed control. That was basically the premise,” Cowbrough adds.

“It’s about trying to identify what’s the lesser of two evils, and maybe taking some crop injury in order to get very good weed control.”

“It’s my hope that this will give an agronomist or a producer the confidence to be able to establish the risk, and then identify for themselves whether it’s reasonable to proceed [with late herbicide applications] or if they should be looking at hand-picking or another method to get rid of the weeds.” 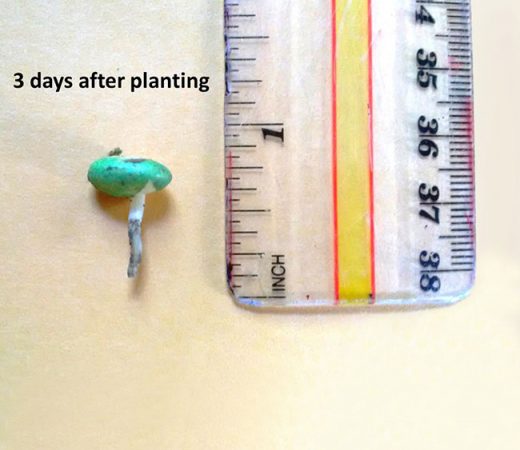 Soybean seedling with radical at three days after planting, seedling below the soil surface. Photos courtesy of Mike Cowbrough.

Cowbrough, who is performing his study at the University of Guelph’s Elora Research Station in Elora, Ont., is assessing Eragon LQ, Sencor 75 DF and 2,4-D Ester 700. These products are often used as tank-mix partners with glyphosate to help control problematic weeds like Canada fleabane in burndown applications. 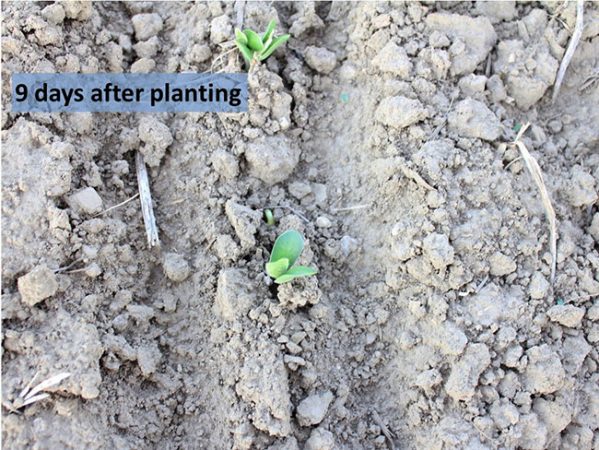 Soybean seedlings beginning to break through the soil surface at nine days after planting.

Cowbrough’s 2017 research showed that when Sencor 75 DF was applied beyond the labelled application window, at six days and nine days after planting, this did not result in reduced soybean yields. 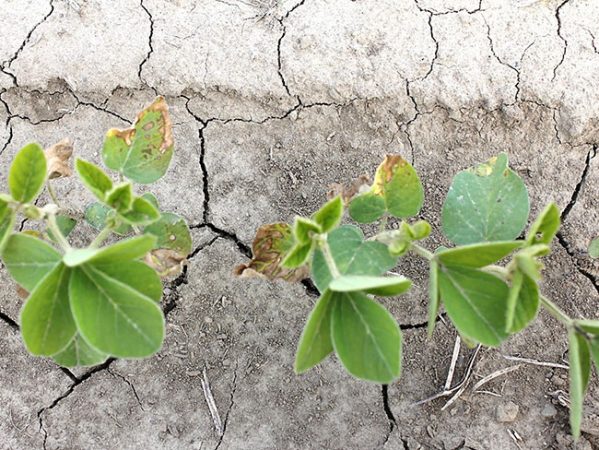 Metribuzin injury on lower leaves as a result of applying Sencor 75 DF nine days after planting. 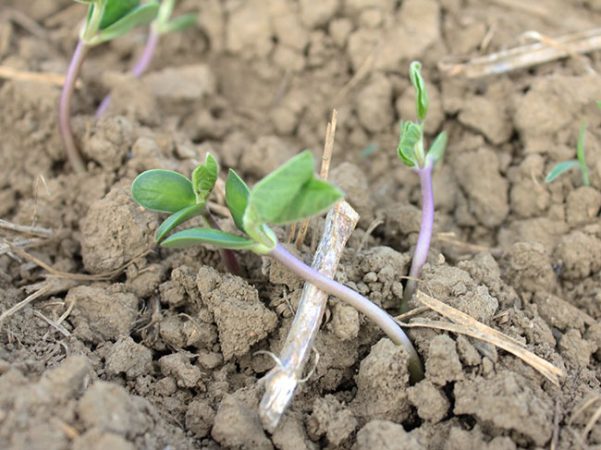 Severe epinasty of soybean seedlings following an application of 2,4-D Ester 700 at nine days after planting. These seedlings eventually died but there was still about 50 per cent of the intended stand left since half of the seedlings were still below the soil surface when 2,4-D Ester 700 was applied.

Cowbrough says the first-year results seem to indicate that Sencor 75 DF and Eragon 700 may be worth the risk of applying beyond the label window, but that doesn’t appear to be the case for 2,4-D Ester 700.

Cowbrough, however, cautions that one year of results is not definitive. “Anytime you’re looking at a sample size of one, we don’t get too excited about it, ” he says. This is why he is repeating the trial again this year.

As of July 2018, the results were more or less in line with what was seen in 2017. “Things look pretty much like they did last year,” he says, even though the weather this summer has been substantially different.

“This year it was very dry . . . whereas last year it was quite frankly the opposite,” says Cowbrough. “This is why you need to do things multiple years and in multiple locations.”

Cowbrough says he’ll continue his study in 2019, especially if he has an opportunity to do the field trial in different soil conditions.

“I always plan to do about eight to 10 different trials every year, and for things like this there are enough questions about it that I feel there is value in pursuing this,” he says. “I’ll probably do this trial one more year and if we see a real anomaly, that would give us an indication that we need to look at it some more.”