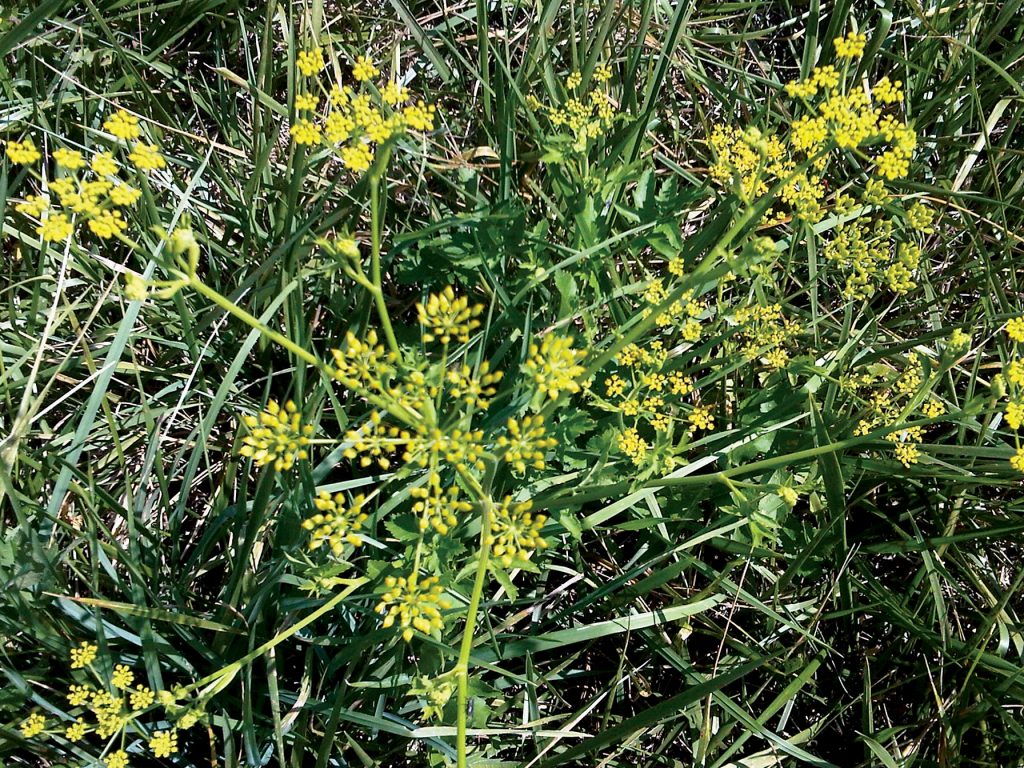 Invasive weeds like wild parsnip are sneaking into Eastern Canada and becoming more of a threat to producers Insect invaders and windborne diseases are common foes of the average farmer but invasive weeds usually don’t take centre stage. Expect that to change.

Organisms with roots are less inclined to get up and travel, but the sneaky things are slipping into Eastern Canada all the same and ambushing the unsuspecting. Just ask Sophia Boivin, who works for Quebec’s provincial ministry of agriculture, the Ministère de l’Agriculture, des Pécheries et de l’Alimentation (MAPAQ). She’s been working closely with the Canadian Food Inspection Agency (CFIA) and le Centre de recherche sur les grains in Quebec to monitor and contain woolly cupgrass, the very first plant to be regulated by the CFIA.

Woolly cupgrass came to the United States from Asia around the 1950s and was discovered in Quebec just over 10 years ago. “We tried to eradicate the weed, but it was not a perfect success,” Boivin recalls. “We have been able to manage the weed and we try to keep it restricted in a small part of the province.” Despite targeted herbicide applications in the fields, pastures and disturbed areas along fences, ditches and roadsides where it’s found, the plant has proven more challenging to control than other annual grasses. Growing between 30 and 200 centimetres high, with dark green, hairy leaves and a typically crinkled edge of the leaf blade, woolly cupgrass lives up to its name thanks to a velvety feel.

“Unlike other invasive species, we have more time with woolly cupgrass because it can only move with soil or grain, not with wind,” says Boivin. She adds she can’t stress to farmers enough the importance of ensuring any seed or farm equipment that they want to move between regions is as clean and as free of dirt as possible.

According to the CFIA, about 58 per cent of all invasive alien plant species are intentionally introduced to Canada, most commonly for ornamental reasons. However, of all the alien plants suspected to have been accidentally introduced to Canada, 72 per cent are believed to have travelled into the country as a seed contaminant, entered as a forage stowaway, or hidden among some other plant product. Additionally, the most popular destination for these hitchhikers (as observed between 2001 and 2005) is Ontario, with Quebec and British Columbia nearly tied for second place.

Kristina Pauk, an officer in the Invasive Alien Species and Domestic Program at the CFIA, says that although these problems have developed relatively slowly, expanding the regulated pest list last year was due.

“Sometimes there’s more of a focus on insects, but invasive plants are definitely a threat and, as farmers know, increase the cost of crop production,” says Pauk. “In 2011, there was a shift from insects and diseases to invasive plants in general because there was an obvious need, and since October 2013, we’ve added 15 additional invasive plants to our regulated pest list.”

One of the species that joined that list last fall is jointed goatgrass. Pauk says this species has only been found in two small sites within Ontario so far, originating from western Asia and southeastern Europe and well known in the United States as an 1880s invader. In the western states, jointed goatgrass has become one of the most difficult weeds to control because it is so genetically similar to wheat that it can cross-pollinate. It even looks like wheat, standing 40–60 cm tall, except for narrow cylindrical spikes and evenly spaced hairs extending from the leaf blades. A series of spikelets, partially embedded in the stem, contain seeds that easily contaminate wheat seed. Pauk says that the best way farmers can minimize the spread of jointed goatgrass, is to buy clean grain, hay, straw and certified seed, ensure any equipment they intend to move from one region to another is free of plant materials, and generally remain on the lookout for unusual species.

“Just to increase awareness of the species we’re focusing on I think is the biggest key to stopping the spread and avoiding them being introduced in the first place,” says Pauk. “Once they are here it’s very hard to get rid of them.”

Dave Bilyea is a professor and researcher at the University of Guelph’s Ridgetown Campus who spoke to farmers about being aware of noxious and invasive weeds at this year’s Southwest Ag Conference. His focus was on the carrot family of weeds, which includes plants such as giant hogweed, spotted water hemlock and goutweed, but he says most invasive plants do not directly impact agriculture as much as they impact rural properties in general. But knowledge is power, so monitoring is key, especially if weeds are being exposed to non-lethal amounts of herbicide spray drift.

“Waterhemp is an invasive species to Ontario. It is not native, but at the present time, is not widespread. In the areas where it does exist, such as Essex County and Lambton County, it does need to be monitored closely because of its reputation of being a significant weed problem in the midwest United States,” Bilyea shares. He adds that wild chervil, a very aggressive plant in the carrot family that’s not palatable to livestock, is thriving in pastures in the Grey Bruce area and warns farmers that “if you cut it up, the hay will go moldy because wild chervil doesn’t dry well.” One invasive species that does directly affect agriculture is dog-strangling vine, which is widespread east of Toronto, in woodlots especially. “It will grow over small dwarf trees in orchards and they call it the tree killer,” says Bilyea. It seems as though the list of things to look out for could go on forever. But his point is that invasives start with a small toehold and then encroach on fields after they have already dominated surrounding ditches or woodlots.

“Plants that are invasive tend to be more aggressive, so don’t ignore an unusual patch of plants growing nearby,” says Bilyea. “It’s worth checking out because you just never know, and usually it’s nothing, but just being diligent is an important part of farming, I think.”

Many invasive species go unreported because they are misidentified, inhabiting areas where they’re not really noticed, or they’re not creating a nuisance at this time, he explains. Unfortunately, the opportunity to gain control of these plants is often during these periods of insignificance. Not that Bilyea believes every alien plant in the country must, or can, be eradicated. He recommends that farmers simply keep an eye on garden cleanings near field borders (goutweed, for example, is still sold in a lot of nurseries, and garden centres only stopped selling giant hogweed less than a decade ago) and ask neighbours to look for suspicious areas too. If there is an alien invader in the midst, consult with a certified crop advisor and contact the weed specialists at the local ministry of agriculture or the CFIA.


Related
Keeping the lid on woolly cupgrass
How do weeds spread?
Discussing the long-term effects of invasive weeds
Solving the problem of lamb’s-quarters