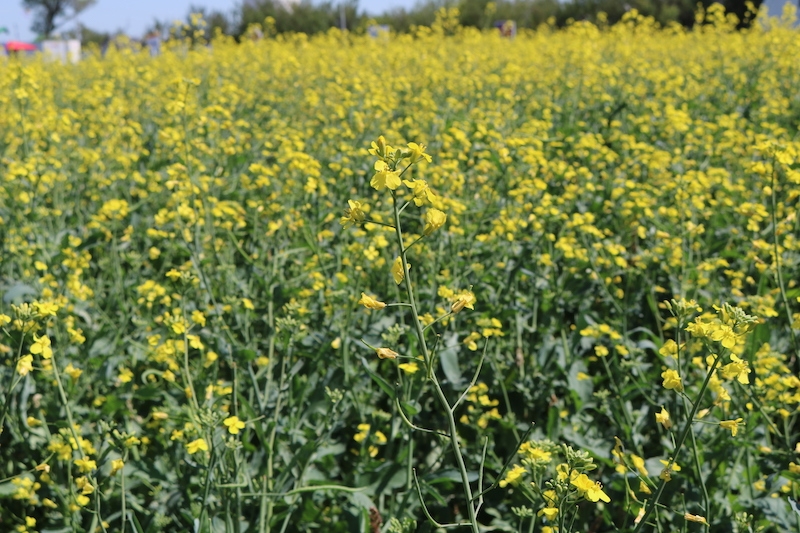 Plot trials and field demonstrations took place last summer to allow farmers to see the performance of TruFlex canola in the field and drive pre-orders.

China’s Ministry of Agriculture and Rural Affairs (MARA) has granted safety certificate approval for the import and food/feed use of TruFlex canola with Roundup Ready technology. This approval will allow Canadian and U.S. canola farmers to have access to Bayer’s next-generation canola trait. MARA has publicly posted this information on their website and Bayer officials stated in a release that final documentation is expected to be received shortly.

“After five years of waiting to introduce this product to Canadian and U.S. farmers we are thrilled to move forward with commercialization in 2019,” said Jon Riley, trait launch lead with Bayer. New seed genetics in combination with the new traits will improve yields, weed control, disease resistance and resilience to heat, cold, drought and excess moisture, as well as agronomic factors like reduced harvest loss.

All three of the traits have been approved in Canada since 2012, but in keeping with the Canola Council of Canada’s Market Access Policy, seed developers have not commercialized them until they are approved in major markets. The Canola Council of Canada (CCC) stated in a release that its members voluntarily follow the policy to ensure new innovation does not create trade barriers in Canada’s top canola markets and the Council works in partnership with the Canadian government to seek approval for new traits.

“Seed developers invest hundreds of millions of dollars developing a new trait, but they understand the importance of commercializing seed technology responsibly,” Jim Everson, CCC president, said. “They know it’s in everyone’s best interests to keep an eye on the long game, and not just short-term opportunities. It’s one of the reasons our industry is so successful today.”

Bayer is encouraged that fundamental improvements in the regulatory process in China remain an important focus in ongoing negotiations with governments that have significant exports to China. Bayer supports the goal of these negotiations; enabling a predictable, timely, transparent and science-based process in China that fuels both global innovation and trade.

TruFlex canola is part of an improved canola system compared to Genuity Roundup Ready canola and is designed for a range of growing conditions. Bayer says the benefits of the current technology are:

“These traits will make Canada’s canola crop more resilient in the face of weed, disease and weather stresses – the benefits will be felt through the value chain and the larger Canadian economy,” Jim Everson, CCC president, added in a statement.

Approval of traits in China is particularly important because it is Canada’s largest canola seed customer, according to a CCC release. Recently, Canada and China agreed to double agriculture trade by 2025. The approval of new seed innovations will increase Canada’s canola supply and is important for providing China a secure and predictable source of grain and protein. Canada’s canola sector will continue to work with China to improve trade predictability.

With the completion of this review in China, the industry can proceed with commercialization of a Liberty tolerance trait from BASF and Bayer’s TruFlex trait, CCC stated. Once these two traits and Corteva’s Optimum GLY are fully commercialized, the industry expects growers will produce $400 million more canola every year using the same amount of land – a step-change for canola productivity.

“Not only will we be able to produce more canola to meet growing world demand, we’ll also be able to do it sustainably, using the same land base,” Everson said. “That’s good news for anyone who cares about the health of our environment and a strong, diversified farm economy.”

Bayer expects TruFlex canola will be planted on approximately one million acres in its inaugural season and will be offered in both the company’s DEKALB seed brand and from other Canadian licensees, including Nutrien Ag Solutions and CANTERRA SEEDS.