Canadian growers may find it challenging to remain globally competitive due to an accelerating reduction in access to pest management tools. Two ongoing issues have reduced the competitiveness of Canadian farmers for decades: The continuing loss of or lack of access to pest management products due to regulatory issues, and regulatory impediments to the registration of new crop protection products. 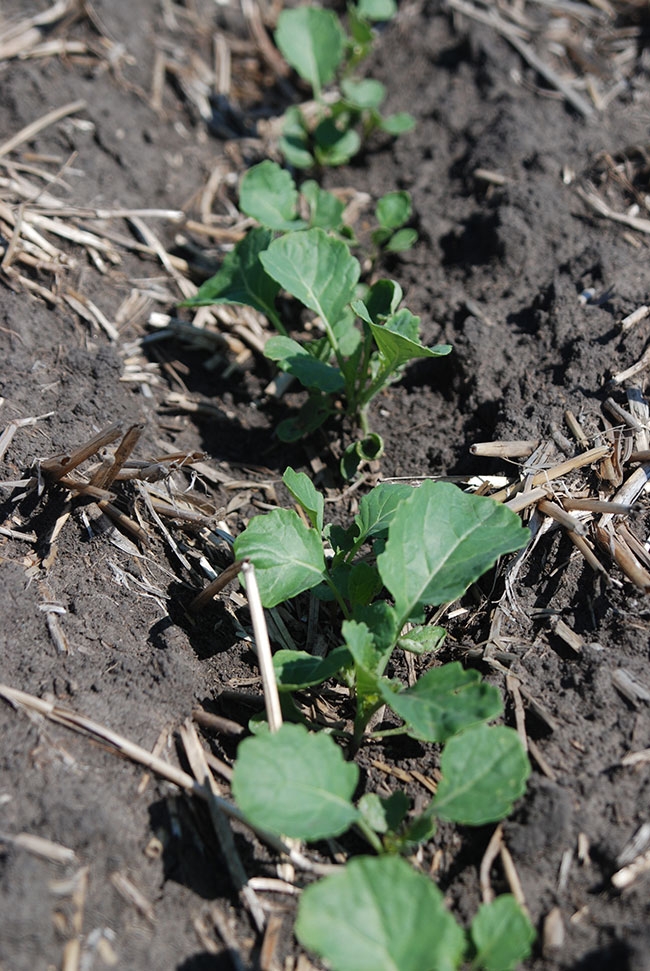 The loss of imidacloprid seed treatments for the control of insect pests may have a considerable impact on the competitiveness of Canadian producers. Canadian growers may find it challenging to remain globally competitive

A third issue – the loss of pest-management tools due to pest resistance issues – is an on-farm management concern; however, the Canadian regulatory environment has exacerbated the extent and seriousness of specific pest problems.

Two recent regulatory issues have had a direct effect on producers: the proposed phase-out of all agricultural uses of the neonicotinoid insecticide, imidacloprid, over a three- to five-year period, and the proposed cancellation of all uses on food and feed commodities for lambda-cyhalothrin.

In any re-evaluation decision, there may be consequences that compromise the ability of farmers to control a range of existing pests, manage the rotation of modes-of-action of herbicides, fungicides and insecticides, and deal with new and emerging pests in the future.

Proposed termination of imidacloprid use
In its proposal to phase out all agricultural uses of imidacloprid, the Pest Management Regulatory Agency (PMRA) takes a different position than that of the United States of America. The U.S. Environmental Protection Agency (EPA) concluded in its own assessment of imidacloprid that it was “ . . . in general agreement with recent findings published by Canada’s Pest Management Regulatory Agency,” yet the EPA made no proposal to phase out the use of imidacloprid in the U.S. This discrepancy may be rooted in the key differences between Canada’s re-evaluation process compared to that of the U.S. Nevertheless, there may be a need for the PMRA to re-examine its re-evaluation process to seek greater input from grower groups – to assess the potential impact of these types of decisions before proposing the phase-out of a safe, efficacious, cost effective and widely used pest management tool.

The loss of imidacloprid seed treatments for the control of insect pests may have a considerable impact on the competitiveness of Canadian producers. Not only may U.S.-based producers continue to access imidacloprid in an open and competitive insecticide market, a phase-out of its use in Canada would leave one company with a virtual monopoly in some seed treatment markets. The extent to which seed treatment prices could rise in Canada relative to other commodity exporting nations, and to what extent Canadian production margins decline relative to those of U.S.-based growers has yet to be determined. Unfortunately, the PMRA has not examined the potential economic impact of this decision on the competitiveness of Canadian farming operations within the context of the global commodity market.

The threat of the simultaneous loss of imidacloprid and lambda-cyhalothrin, combined with additional re-evaluations, has the potential to leave the average Canadian farmer in an uncompetitive position relative to producers in other jurisdictions. One may also argue that Canadian producers are already at a competitive disadvantage as a consequence of regulatory decisions that have been made by the PMRA over the last 15 years.

The continuing loss of pest management products due to regulatory issues
Pest management tools continue to disappear from the producer’s toolbox. For example, the pulse industry has lost three insecticidal active ingredients included in a range of products: Sevin XLR Plus (carbaryl – for use on bean, chickpea, lentil and pea), Lorsban 4E (chlorpyrifos – for use on bean, chickpea and pea), and Agrox B-2, Agrox CD and Agrox DCT (all diazinon – for use on bean, pea and soybean). The cereal industry lost lindane in 2004. Lindane is designated as a Persistent Organic Pollutant (POP) and has been banned in over 50 countries besides Canada. The canola industry has lost lindane, Counter (terbufos) and Furadan (carbofuran). Counter and Furadan were very effective in controlling flea beetles for longer periods after emergence of the cotyledons.

The transition from older, potentially more toxic or environmentally less-friendly active ingredients, to newer and more benign products, is expected. Unfortunately, newer insecticide technologies, such as neonicotinoids (which were expected to be available to replace older active ingredients), are now proposed for phase-out.

What is more important to note is older technologies tend to be off-patent and consequently, less expensive – as opposed to newer technologies that are increasingly costly to develop and tend to be ever more pricey in the retail market. In addition, new modes of action (MOA) tend to replace existing MOA and the toolbox becomes less diverse as fewer active ingredients replace those that have been phased out.

Overall, this means greater competition in the marketplace, which in turn results in more choice of commercial products, more manufacturers and distributors, and more choice of retail sales locations.

In addition, the regulatory system in the U.S. allows producers to purchase pesticides over the internet on various auction sites, including agricultural chemical auction sites and eBay, as well as commercial user and applicator sites, foreign sites, registrant or producer sites and retail or distributor sites.