Poor stand uniformity is one of the major obstacles standing in the way of more widespread adoption of this leguminous cover crop. 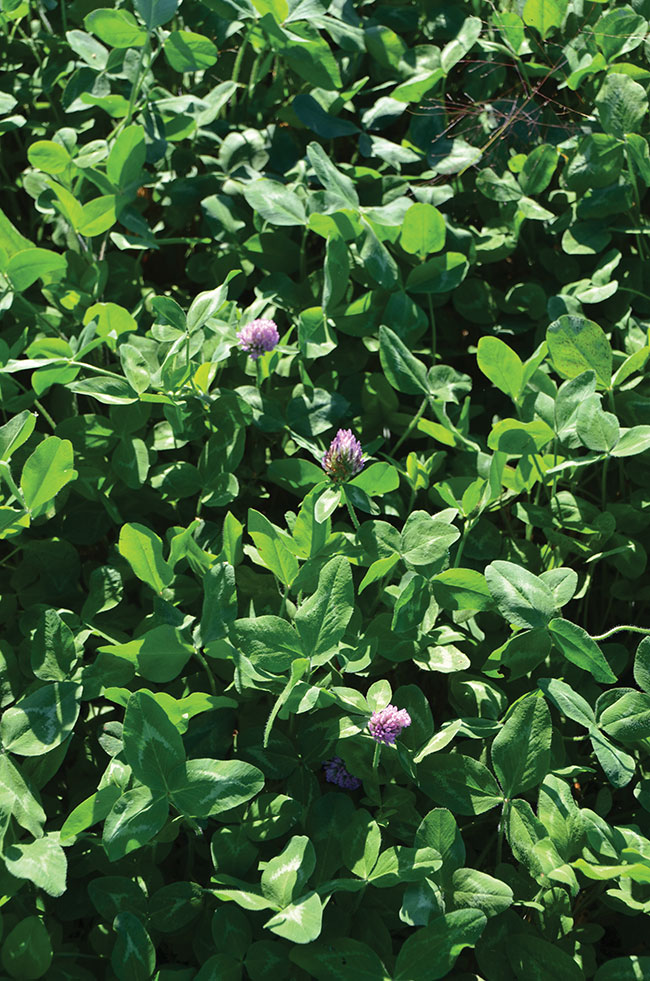 A survey of producers who have interseeded red clover with wheat has found that stand uniformity is the number one problem they identify with the system.

The survey offers a missing piece in the puzzle of red clover: for all its well-researched benefits, from improving soil health to offering a nitrogen credit to subsequent crops, comparatively few producers are using the leguminous cover crop.

The survey was developed by researchers Ralph Martin, Cora Loucks and Heather Beach in the department of soil science at the University of Guelph.

Cameron Ogilvie, knowledge mobilization co-ordinator for Soils at Guelph, the university’s soil health outreach initiative, recently published the survey results in the Canadian Journal of Plant Science. He says that for decades, Ontario wheat growers were using a winter wheat-red clover (WWrc) system, but as wheat acreage has increased over the past decade the number of acres interseeded with red clover has decreased.

“A growing number of wheat farmers were talking about how they experience challenges with red clover, particularly patchy stands and poor establishment, and we were not entirely sure of the reasons why,” Ogilvie says. The survey’s goal was to get a picture of producers’ management choices around red clover.

Working with RealAgriculture agronomist Peter Johnson, the team distributed the survey to wheat producers in the province. Out of 179 responses, 142 respondents were currently using a winter wheat-red clover; the rest had used WWrc in the past. Respondents farmed in 28 out of Ontario’s 49 counties.

Overwhelmingly, the top perceived disadvantage of the WWrc system was non-uniform stands (73 per cent of respondents), followed by limitations to herbicide selection and possible difficulties at harvest when there is excessive red clover growth.

“The main disadvantage that growers talked about was non-uniform stands,” Ogilvie says. “I think that is the overarching concern that I hear expressed. They’re saying, ‘We can’t count on the [nitrogen] credit or yield benefit so we have to do something else.’” 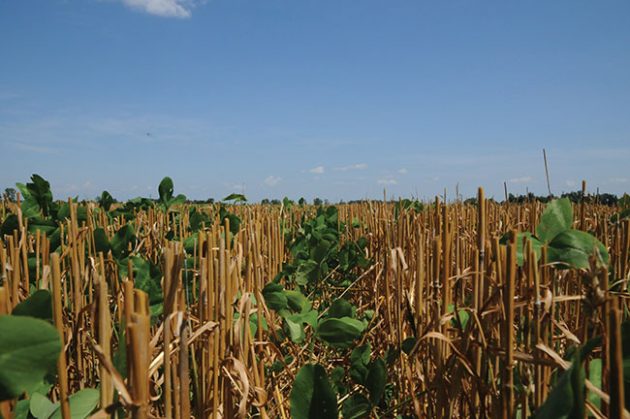 Producers who have interseeded red clover with wheat have noted stand uniformity is the number one problem they identify with the system. Photo courtesy of Anne Verhallen, OMAFRA.

Overcoming limitations
Understanding producers’ concerns with red clover is key to figuring out how the system can be better used in future.

“I remember (retired Guelph professor) Bill Dean saying 15 years ago that if we could get red clover underseeded to wheat on every acre, it would make cropping systems more resilient and able to handle the ups and downs of environmental stresses and provide some stability,” Cowbrough says.

Ogilvie says part of red clover’s particular advantage is that it provides a N credit to the following corn crop at the right time; other clovers or legumes, such as hairy vetch, also offer a credit, but that N isn’t soil-available until later.

“Red clover is unique that way,” Ogilvie says. “Also, it’s easy to get a cover crop down if you’re frost-seeding it in March and you’re making the most of your time. If you get a good catch, it can really help with weed control, erosion and soil structure, and a bunch of other things.”

The survey’s story wasn’t all negative: producers who had best success with the system suggested that wider winter wheat row spacing, some degree of tillage and higher red clover seeding rate all seemed to improve emergence and stand uniformity.

Ogilvie says the seeding rate discussion highlights an important weakness with the survey results. Most respondents were using very similar practices; for example, the majority used a lower red clover seeding rate – between seven and nine kilograms per hectare – “but we started to see more success around the 10 kg/ha rate, rather than on the lower end of the spectrum,” Ogilvie says.

“There are so many similarities with how Ontario wheat growers are growing their wheat that it’s hard to compare with practices that aren’t so typical,” he says.

“For example, are you more likely to have better success with clover if you’re using certified seed versus common seed? It’s hard to get at that question because, of the respondents, only 22 people used certified seed. And about 70 per cent of these identified non-uniform stands as an issue” – roughly the same percentage as those producers who did not use certified seed.

Similarly, 87 per cent of respondents frost-seeded rather than seeding later in the year – not enough of a sample to truly compare. Frost-seeding is preferable to seeding later in the spring because the snow helps work the seed into the soil, but by some accounts tine tilling might improve this by increasing seed-to-soil contact, Ogilvie says.

Cowbrough says weed control presents another problem with the WWrc system, because herbicides that are effective against broadleaf weeds like Canada fleabane and giant ragweed would wipe out the red clover.

“There’s only one herbicide that is mainly used – Buctril M,” Cowbrough says. MCPA sodium and MCPA/MCPB also provide control, but are less cost-effective and rarely used. “So producers will say, ‘I have a good red clover stand but a bunch of Canada fleabane coming through.’ You have to decide what’s more important to you. It’s a crappy decision to make.”

“You don’t just grow them to cover the ground; you grow them for the particular services they provide,” he says. “If your goal is weed control, I wouldn’t look to any legume to accomplish that for you – I’d look to grasses. If your goal is to improve soil fertility and provide a N credit, I’d go with legumes like red clover.

“I think if you don’t have a clear goal in mind and manage the cover crop according to that goal, you’re less likely to realize the benefits of cover crops,” Ogilvie says. “But there’s a lot of opportunity with cover crops to tailor them to your goals and what you’re trying to achieve for your land.”

A discussion and link to Ogilvie’s research publication can be found on the Soils at Guelph website: soilsatguelph.ca/whats-the-matter-with-red-clover/.