September 18, 2020
By University of Saskatchewan 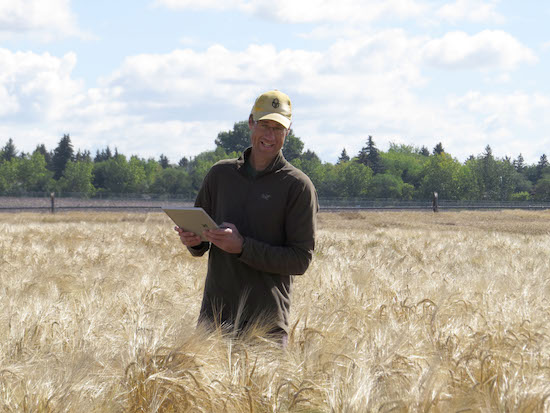 The Canadian Barley Research Coalition (CBRC) announced this week it will invest $2.7 million over five years in the University of Saskatchewan’s Crop Development Centre (CDC). The investment is through a core breeding agreement to develop barley varieties with improved agronomics, disease resistance and end-use quality.

The CBRC is a collaboration among the Saskatchewan Barley Development Commission (SaskBarley), Alberta Barley and Manitoba Crop Alliance (formerly the Manitoba Wheat and Barley Growers Association).

“The agreement with the CDC ensures that western Canadian barley farmers can expect new and improved barley varieties from a world-class, multi-million dollar breeding program over the next five years,” says Jason Skotheim, CBRC interim chair and SaskBarley chair.

“This investment into the CDC breeding program will produce deliverables that will allow our farmers to stay competitive,” Skotheim says. “The last round of producer funding provided to the CDC saw the registration of two new malting varieties, one feed variety and one hulless variety. In the next five years, we expect another three varieties to be released. This will have major benefits to our farmers.”

The CDC, which is known for research excellence in developing high-performing crop varieties, is uniquely set up to deliver effective results for western Canadian agriculture. The new agreement will enable the program to expand and capitalize on new opportunities.

“The keys to past success within the CDC barley breeding program have been the skilled staff, the in-house malt and molecular marker labs and the ability to evaluate large numbers of breeding lines,” Skotheim says. “This CBRC funding will support these pillars moving forward.”

“We are very pleased with the long-term funding from the CBRC and appreciate the confidence they have in our program,” he says. “We look forward to continuing to deliver improved varieties to the Canadian barley industry and providing value to all within the value chain.”

Finalizing this agreement with the CDC was the first order of business for the CBRC, officially formed earlier this year, and is in line with the organization’s goal of facilitating long-term investments aimed at improving profitability and competitiveness for western Canadian barley farmers.

The organization will also provide funding for qualifying regional projects that align with variety development and agronomic priorities.