Canadian Young Speakers for Agriculture is a national, bilingual competition that gives participants an opportunity to share their opinions, ideas and concerns about the Canadian agri-food industry in a five- to seven-minute prepared speech.

This 31st edition of CYSA welcomed 26 competitors aged 11 to 24 from across Canada who offered their insight and solutions regarding the following topics:

Each year the renowned public speaking competition is held at the Royal Agricultural Winter Fair in Toronto. The competition is open to youth ages 11 to 24 with a passion for agriculture whether raised on a farm, in the country or in the city.

As announced after the Seniors final round, the topics for 2016 will be:
- What is the impact of public opinion on Canadian farmers?
- How would you explain a GMO to a non-farmer?
- What does the next generation of agriculture bring to the table?
- How can we improve the media's perception of Canadian agriculture?
- Old MacDonald had a farm...But what about Mrs. MacDonald?

Since the first competition held at the Royal Winter Fair in honour of the International Year of the Youth in 1985, it has gone on to become the premier public speaking event in Canada for young people interested in agriculture, with more than 900 participants in total over the years. 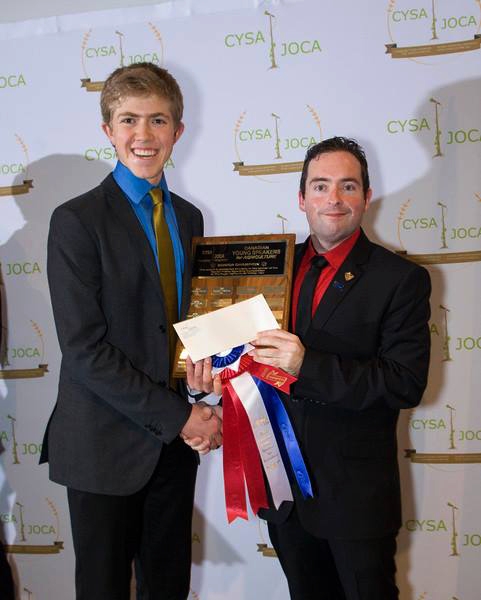