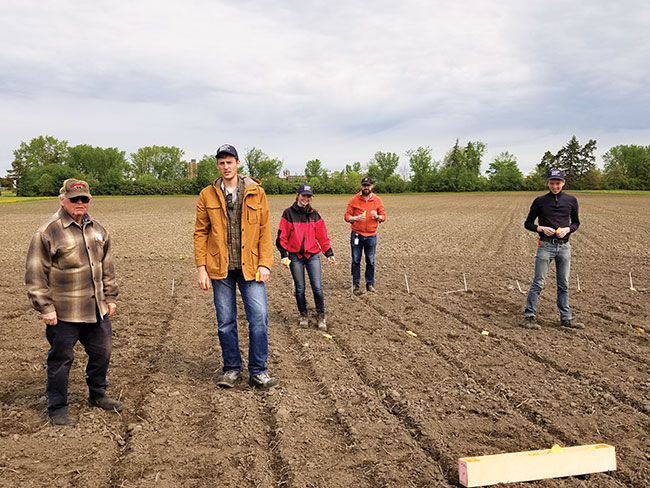 AAFC researchers aim to develop hard red spring wheat germplasm and new varieties that are well-adapted to growing conditions in Ontario, Quebec and the Maritime provinces.

“It was a really interesting shift moving from Western Canada to Eastern Canada,” says Burt, who now works at AAFC’s Ottawa Research and Development Centre after a four-year stint at the Brandon Research and Development Centre. “It’s a smaller pool in some ways, but there’s a lot of room for us to make a real impact on growers in their fields and to bring benefits to them.”

Burt is currently leading an AAFC research project aimed at developing hard red spring wheat germplasm and new varieties that are well-adapted to growing conditions in Ontario, Quebec and the Maritime provinces, with an emphasis on improved yield, disease resistance and bread-making quality.

He is working with other AAFC researchers in Ottawa and at the Charlottetown Research and Development Centre. The project, which started last year and is slated to end in 2023, is being funded by industry groups as part of the Canadian Wheat Research Coalition through the Canadian Agricultural Partnership.

“I think [molecular breeding techniques] are extremely efficient to use when we can implement them. It’s a matter of having the facilities and the trained personnel to implement them in a large way across the program,” he adds.

“I guess that’s one of the advantages of Ag Canada system. We can use expertise across the department, not just within our smaller program. I’m hoping to increase the implementation of marker screening in my program in the next two to three years.”

As part of the project, Burt’s team is seeking ways to enhance resistance to the two most important diseases affecting spring wheat in Eastern Canada — Fusarium head blight and powdery mildew. 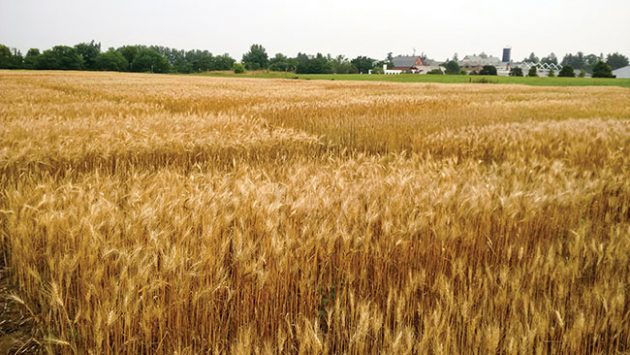 Burt notes Quebec has the majority of the spring wheat acreage in Eastern Canada, and that there’s a lot of interest there in developing local supply lines of hard red spring wheat with improved milling quality.

“One of the big priorities I have is to improve the quality of the material coming out of my program for the milling and baking industries, similar to what the Western Canadian bread wheats are targeting,” he says. Burt adds his program has already produced one high-yielding hard red spring wheat line with good Fusarium head blight resistance, some powdery mildew resistance and decent milling quality.

The variety, which doesn’t have a name yet, was supported for registration in Ontario last year and there are plans to pursue registration elsewhere in Eastern Canada. “We’re going to bring it forward in Quebec and the Maritimes this year and hopefully put it up for tender next winter,” he says. In addition, his team has another new line going into registration trials this year that is a semi-dwarf variety with good Fusarium head blight resistance.

“Canadian Agriculture Canada material in Eastern Canada has historically been quite tall. A lot of growers here are interested in straw yield, so bringing out semi-dwarf lines that are shorter stature but retain decent straw yield is a priority for me,” he says.

Burt notes several more hard red spring wheat varieties are also in the works, with two that could be ready for registration support in 2020 and another three in 2021.

“I’m not interested in bringing out three okay lines a year. I’d rather put out one really good one every year or every other year.”

“The registration trials themselves will probably winnow down those numbers. Indeed, I think it’s in the growers’ interest too that only the best possible varieties coming out of our program get marketed,” he says. “I’m not interested in bringing out three okay lines a year. I’d rather put out one really good one every year or every other year.”