Understanding soil nutrient dynamics in a field is about more than numbers, and a new approach, using a spreadsheet with built-in formulas and a new bioassay, is intended to address some of the problems with conventional soil test numbers. 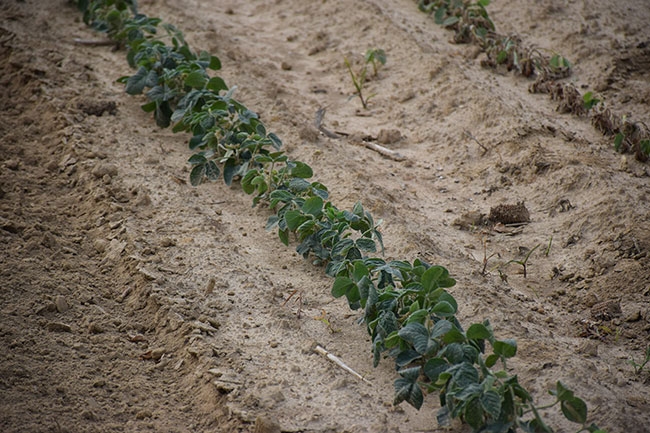 A new tool to help farmers develop a rotation-based nutrient budget may be useful for both organic and conventional farming. Understanding soil nutrient dynamics in a field is about more than numbers

“We look at it – budgets for soil nutrients – as a piece of the puzzle for understanding nutrient dynamics,” says Joanne Thiessen Martens, an agricultural research technician in plant science agronomy at the University of Manitoba. For about 12 years, she has worked on soil nutrition and organic production.

In essence, financial budgets are about cash-in and cash-out. A conventional nutrient budget works in a similar way, covering inputs and outflows over a single growing season for a field or even the whole farm.

But Thiessen Martens and her colleagues have used a Microsoft Excel spreadsheet to develop a rotation-based nutrient budget to address the shortcomings of a single-season budget.

The rotation-based nutrient budget and bioassay tools are currently being piloted by about a dozen agronomists working mainly with organic farmers across the Prairies. They expect to release the tools for general use within the next year or two.

Budget details
The direct appeal is for organic production planning, where growers routinely promote healthy soil biology. It isn’t a planner to tell them what inputs they need for the year, but it will guide them in that planning. The tool considers all the inputs and outputs from that field over the period of the rotation and sums up the change in nutrient status: if you follow this rotation, in the end your soil will have more of this and less of that than at the start.

It could be useful for conventional farming as well.

“It’s well-suited to farms that are relying on some of the organic inputs like manure or green manure,” Thiessen Martens says. “When you’re dealing with organic inputs – like using green manures for soil fertility or animal manures or rock phosphate – the nutrients may be released very slowly. Conventional soil tests don’t tell the whole story.”

The idea of tracking nutrients over time, through a whole rotation, began a few years ago, with Martin Entz. Entz, a specialist in organic cropping systems at the University of Manitoba, teaches students to use the nutrient budget concept as an approach to understanding and managing nutrients.

In 2014, Thiessen Martens worked with Entz to develop a more detailed approach using spreadsheet tools. Thiessen Martens used it for two years in her own research and, in 2016, released it to a few agronomists.

“You compile all the quantities of material coming onto and going off of a field every year over the course of a whole rotation. That includes seeds, soil amendments like manure and an estimate for any nitrogen fixed by the legumes in rotation,” she explains. “Then we quantify the exports – grain harvested, straw or hay removed, forages grazed off by livestock. We have built-in coefficients for the concentrations of the four major nutrients [nitrogen, phosphorus, potassium and sulphur] in each item. Then the spreadsheet simply does all the math. It calculates the totals for each year, as well as over the rotation.”

After gaining the initial results from a rotation on one field, the grower can then make substitutes to test the effects from changes in advance.

If the field has a deficit, or over-supply, the tool can help a grower reach a “balanced budget” for the nutrient supply over time.

It doesn’t take in results from a current soil test, although it is meant to be used with a soil test, and it doesn’t incorporate amounts for micronutrients, Thiessen Martens says.

Growers already have access to a variety of nutrient budgeting tools. “Ones I’ve seen tend to be fairly simple, geared to the short term and to conventional production with synthetic fertilizers. They aren’t meant to cope with manures, where every batch or crop is different,” she says.

As Entz and Thiessen Martens worked with the nutrient budget concept, they realized that a second tool was needed to fill in the blanks on nutrient content for natural, slow decomposition of organic manure and green manure.

The solution was a new bioassay.

“We’ve developed a bioassay test that takes samples of a green manure crop at its peak, just prior to termination,” Thiessen Martens explains. “We test that plant tissue for nutrient concentration as an indicator of how well the crop extracted nutrients from the soil.

“That bioassay test, together with the soil test and soil nutrient budget, rounds out a suite of information to make decisions about crop rotations and fertility management.”

Field trials
In Roblin, Man., Manitoba Agriculture partnered with the Parkland Crop Diversification Foundation (PCDF) for the northwest region. James Frey, as a specialist for the PCDF, now works with cover crops and integrated farming systems to spur “environmentally minded” production among conventional and organic growers.

In 2008, Frey was a technician working with Entz and Thiessen Martens on organic crop research. He was one of the first agronomists to begin using the new nutrient balancing tools in spring 2016.

That year he worked with two farmers to apply the new tools in the field. One farmer had an issue with low phosphorus. He and Frey put all the data required into the spreadsheet, then considered results from a soil test, a plant tissue test and the bioassay. They concluded that, despite the extra cost for buying and spreading manure, in the long run, this would be the most sustainable option for that farm.

A year later, Frey says, “This tool is very helpful. It provides a way of bridging the gap between what has escaped description in conventional systems and supplies more of that hybrid of quantitative and qualitative nutrient information that organic farmers want to see.”

“Organic farmers don’t have the luxury of adding granular fertilizer, and soil tests fail to accurately capture the more nuanced picture of what’s happening in the life of their soils, so they have needed a new tool,” he adds.

For instance, he’s seen growers become very alarmed by a soil test report that said a field needed more nitrogen when, in fact, it had recently received a large amount in the form of green manure and the most recent yields were fairly good.

After a green manure crop, nutrients become available slowly, on a different time scale than the conventional soil test is geared to
measure.

“[This test] brings the strength of the number that a conventional soil test [or plant tissue test] can generate, as well as the qualitative observations of an agronomist working with the farmer,” Frey says.

Just saying green manure contains 100 pounds of nitrogen may not be useful. Over a five-year period, that nitrogen may give a nice payback in yield and in “building resilience” into the system through factors like disease management, water retention and buffering against compaction.

There are also applications for these new tools among conventional farmers who are open to asking broader questions about how green manures and cover crops can fit within conventional agriculture.

“Engaging in dialogue to get a better understanding of the history of the site carries the qualitative understanding and opportunity to nudge a farmer in the direction of that non-conventional thinking,” Frey says. “This tool could be really important for conventional growers to figure out just how green manures can actually benefit them when they can’t measure them year by year. They need the
bigger picture.”

He concludes, “It’s not a simple tool, but it is a way of simplifying a very complex system.”