Precision mapping technology is increasingly user-friendly. In fact, Aaron Breimer, general manager of precision agriculture consulting firm Veritas Farm Business Management, says some precision map-writing software is so simple a producer can segment zones or draw a boundary around a field with little more than the click of a mouse. The challenge is that the maps are only as accurate as the information used to create them. 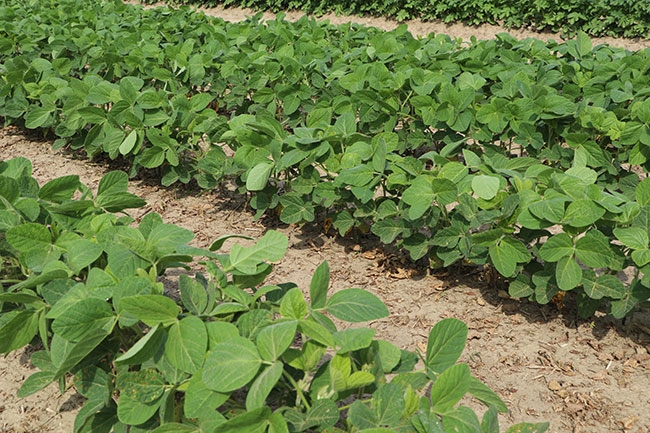 “I taught my eight-year-old nephew how to draw prescription maps in about five minutes. The mechanics are so easy. But, if you used his maps, they obviously wouldn’t be right because he’d just be guessing,” Breimer says.

The basis of a successful variable rate seeding program is quality, accurate and detailed spatial information in order to exploit the differences in a landscape.

Developing a prescription map requires layering multiple pieces of data to differentiate areas requiring different management. The most common starting place is to layer multiple historical yield maps, preferably from the same crop type. To refine the picture, one can then layer on satellite photos, drone imagery, pH and salinity maps, soil sampling results and/or other data.

However, the reality of mapping is not quite as simple as it might sound. Few farmers have multiple years of historical yield data, especially from the same crop. Breimer suggests working with available data – even from just a single year – to avoid a significant lag in technology adaptation (so long as it is high quality and from a year that is average to slightly dry).

“The right year will give you pretty good zones and additional data information, such as soil tests, can help you understand how those zones should be managed or what the limiting factors are,” he says.

An even bigger issue than the amount of historical data available is the quality of that data.

“One of the bigger challenges we’ve found is that growers incorrectly think they have good historical yield data,” says Ian McDonald, a crop innovations specialist with the Ontario Ministry of Agriculture, Food and Rural Affairs (OMAFRA) who is currently collaborating on a four-year precision agriculture advancement research project. “What has shocked both us and them is that what farmers often think is good, high-quality data really isn’t.”

Creating stable, reliable management zones requires patience and due diligence; McDonald advises collecting as much data as possible, focusing on quality and accuracy and, ideally, starting long before one actually intends to begin implementing precision agriculture on their fields.

In addition, Breimer says growers who are successful in variable rate seeding tend to work closely with both their seed dealer and an equipment expert to ensure seeding rates and plant population counts are correct.

The second challenge to building reliable prescription maps is that many of the data layers don’t line up as neatly as one might expect, explains Nicole Rabe, a land resource specialist with OMAFRA’s environmental management branch. Rabe is working with McDonald on the precision agriculture research project.

“Everyone talks about collecting all these layers of data, throwing them together and just like that, you create perfect management zones that can stand the test of time. That’s not how it works, unfortunately,” she explains. “Sure, we can build you a map. But is it right? What we’ve been endeavouring to answer with our research project is: ‘What are the best base layers of information you can use to develop management zone maps?’ ”

At issue is the fact that different crops respond differently to various treatments. For example, it’s possible to combine corn and cereal yield data for the purposes of prescription mapping, but you can’t necessarily add soybean data because it has the potential to skew the data for corn and cereals. And various inputs react differently with varying soil conditions, weather realities, plant biology and other factors.

“Management zone lines might actually be very different for seed versus fertilizer versus some other treatment, which makes it very difficult from a management standpoint,” McDonald says. “Nature doesn’t respect hard, neat map lines the way human beings might want it to.”

In order to work with these challenges and still get value from precision agriculture, farmers need to respect and rely on their own knowledge and accumulated experience. “I can’t stress enough that the very most important data layer when building a prescription map is the one between a farmer’s ears,” Breimer says. “A farmer can look at a map that we create using various other data layers and will know instantly which parts ring true and which parts might not feel right. It’s very important to trust and incorporate that knowledge.”

Another common challenge is that farmers lack defined goals or may have difficulty measuring whether goals are being met.

“We realized quickly that prescriptions were being applied but growers were not doing any follow up to determine whether the prescriptions were right,” Rabe says. “One of the big things our project is trying to figure out is how do you validate that the prescriptions you’ve used are the right ones? Without validation or proof, there’s no way of knowing whether it’s paying off consistently.”

While maximizing yield or optimizing inputs are important achievements, a successful precision agriculture program should work towards achieving measureable return on investment. Most commonly, that return should be measured in dollars and cents, though improved environmental impact or other priorities may take precedence.

“So far the industry has not pushed itself to measure value,” Breimer says. “A lot of precision ag is about selling stuff. If you are a seed company, you want to sell more of your seed. If you’re an equipment dealer, you want to sell more equipment. There hasn’t been a focus on selling solutions for the sake of a solution. That said, I’d say north of 75 per cent of farmers could make money – a minimum of a three to one payback – from variable rate seeding, done right.”

“The vast majority of people say they understand the mechanics of precision agriculture. It makes sense to put more seeds there, more water here. But does it make dollars?” Breimer says. “You’re getting into pretty advanced statistical analysis tools to figure out if it makes money. Usually, we’d evaluate one strip by comparing it to a control strip right beside. With variable rate, the whole point is to get maximum variability. As soon as you have maximum variability, it’s nearly impossible to do a return on investment calculation.”

Rabe says the industry can expect improvements in statistical analysis over time. “It’s an evolving process, an evolutionary thing,” she notes. “As time goes on, we’ll be able to stamp out patterns and all of this will become more easily manageable. But growers need to understand that right now, it’s not a one-stop shop and you won’t get a silver bullet answer in one year.”

For now, all but the most statistics-savvy producers should work with precision agriculture experts to ensure their efforts are rewarded with real returns.

“Guys debating whether they want to jump into variable rate seeding and other precision ag technologies need to remember: you don’t have to use this technology,” Breimer says. “But you’ll be competing against people who are using it. If they do a better job or they can be more efficient because of precision agriculture, they’ll have the competitive advantage.”