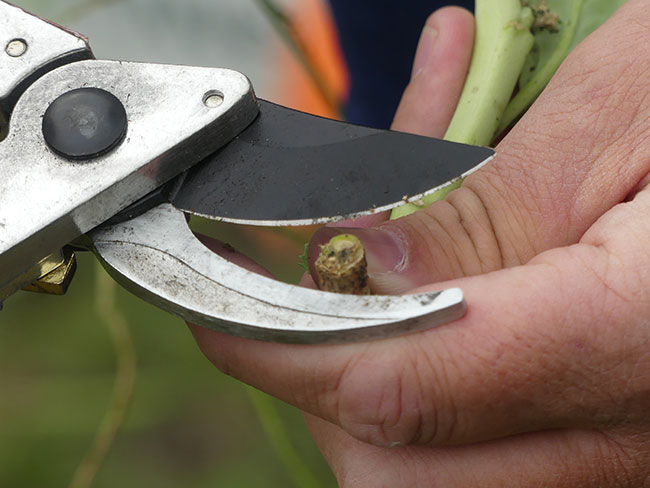 A Blackleg Yield Loss Calculator is helping canola growers understand the impact that blackleg disease is having on crop productivity and profitability. It was developed by the Canola Council of Canada with funding from the Canadian Agricultural Partnership, Alberta Canola and SaskCanola.

“The idea for the calculator came from the Blackleg Steering Committee to help growers get a better sense of how impactful blackleg is on crop yield,” says Clint Jurke, agronomy director with the Canola Council of Canada in Lloydminster, Sask.

The Committee is a cross industry group that offers guidance on blackleg research, and makes extension recommendations based on the most current understanding of this disease. It is chaired by the Canola Council of Canada.

The calculator is based on blackleg yield loss research conducted at the University of Alberta by Yixiao Wang, Stephen Strelkov and Sheau-Fang Hwang. Their research was conducted over two years in Edmonton using two canola varieties rated moderately resistant to blackleg. A blackleg rating scale of zero (none) to five (death of plant) was used to correlate disease rating with yield loss.

The research found that in one variety, losses increased from 18 per cent with a disease rating of two, to 99 per cent with a disease rating of five, when compared to disease severity ratings of zero to one. The other variety increased from 26 per cent to 86 per cent. Canola seed yield decreased by 17.2 per cent for every unit increase in disease severity. Pod number and seed yield both declined linearly as blackleg severity increased. The Canola Council of Canada used these numbers to develop the calculator, and hosts it on their website at www.canolacouncil.org/calculator/blackleg-loss. 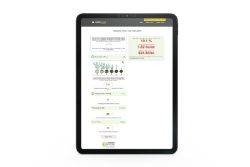 The Blackleg Yield Loss Calculator is available online on the Canola Council of Canada’s website.

To use the calculator, growers should scout for the disease at swathing. Pull at least 50 plants in a ‘w’-pattern throughout the field. Clip the base of the stem with clippers, and look for blackened tissue inside the stem. The online calculator has photos of stems rated zero to five on the rating scale. The estimated severity rating is entered into the calculator, along with the percentage of infected plants in the field, projected canola yield, and the market price of canola per bushel.

For example, with a severity rating of two, 15 per cent of plants in the field infected, an estimated yield of 50 bushels per acre, and $18 per bushel market value, the estimated yield loss per infected plant would be 9.67 per cent, with a potential loss of $13.05 per acre.

While all canola hybrids released since the early 1990s are rated resistant or moderately resistant to blackleg, shifts in the races of the pathogen can overcome specific resistance genes found in today’s hybrids. As a result, it is not uncommon to find some blackleg disease occurring in a field.

Once blackleg losses on a field become too high, a grower would want to consider rotating to a hybrid with a different resistance gene. There aren’t any specific thresholds, so growers will make that decision based on their own risk tolerance to the disease, and if the grower is using a tight crop rotation. In recent years, blackleg R-gene labels are voluntarily included on hybrid variety descriptions. Growers can send canola stems to diagnostic labs to determine the blackleg races in a field. This allows a grower to match a resistance gene in a variety with the predominant blackleg race in the field.

“We should never forget that blackleg was the number one disease of canola until the 1990s, with serious yield losses,” Jurke says. “With trade issues surrounding blackleg, and increases in disease levels, the calculator provides an opportunity to see the impact on crop yield and profitability. The pathogen has enough variability to overcome resistance, so growers need to match resistant genes with the pathogen races.”