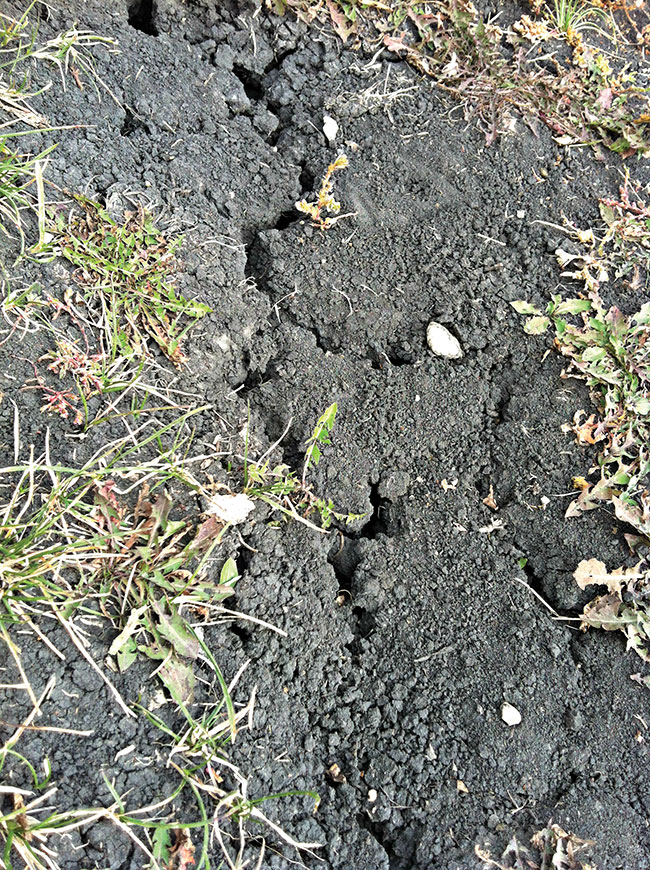 A new study will look at the impact of biobased residues on soil health and greenhouse gas emissions in Quebec and Ontario.

The study, which began in May 2018, compares three different organic soil amendments (composted food waste, hydrolyzed biosolids and liquid anaerobic digestate) and an inorganic fertilizer control, looking at their effects on soil health, carbon sequestration, and greenhouse gas mitigation in a maize-soybean-wheat rotation under present and future climatic conditions in Quebec and Ontario.

“Our interest in this project is to use available organic amendments to improve soil health but also to divert these organic materials from landfills,” explains Maren Oelbermann, a professor at Waterloo’s School of Environment, Resources and Sustainability, and the study’s co-lead.

“For example, the Waterloo Region wants to be solid waste free by 2023. This solid waste can be recycled back into the soil. This will contribute to the circular economy,” she says.

“With a continually growing population and more waste, it makes no sense to place the solid waste into landfills. It makes more sense to revert it back to the soil where it can be used as a fertilizer or contribute to soil fertility and help build organic matter.”

“It makes no sense to place the solid waste into landfills. It makes more sense to revert it back to the soil where it can be used as a fertilizer or contribute to soil fertility and help build organic matter.”

“This work aims to identify management practices that increase soil carbon sequestration and reduce greenhouse gas emissions, which are related to the economic cost-benefit analysis and opportunities for agricultural producers to participate in carbon markets,” Whalen says.

Oelbermann says there have been no recent studies on anaerobic digestate or composted food waste, and few studies have been undertaken to investigate the impacts of all three products on soil health and GHG emissions.

In Ontario, one set of field plots is located at Elora Research Station; in Quebec, the plots are located at the Macdonald campus.

All plots are replicated experiments that include four fertilizer treatments: composted food waste, hydrolyzed biosolid and liquid anaerobic digestate, as well as a standard mineral fertilizer control. There’s also a zero treatment with no fertilizer.

Whalen’s team is responsible for the study’s economic analysis, which includes the collection of yield data, GHG emissions, and the prediction of soil and crop responses under various climate-change scenarios. Whalen will also assess the economic feasibility of organic soil amendments to sustain soil and crop productivity.

“We are collecting data that will allow producers to determine the carbon sequestration potential of conventionally fertilized crops versus crops that receive bio-based fertilizers. We will then calculate the market value of the carbon payment using the net present value approach,” she says.

“We are collecting data that will allow producers to determine the carbon sequestration potential of conventionally fertilized crops versus crops that receive bio-based fertilizers.”

As part of their economic analysis, Whalen’s team will take into consideration the cost of collecting and processing organic amendments, as well as hauling and application costs.

“We calculate the ability of each organic amendment to reduce N fertilizer requirements, which will lower N2O emissions, and valorize the organic C inputs, which will mitigate CO2 and CH4 emissions while promoting soil health,” Whalen explains.

The team will then develop a farm-scale optimization model for crop and livestock operations in Quebec and Ontario, she says.

Based on the first year of data, the team has not found significant differences in carbon dioxide, methane and N2O emissions among any of the treatments, says Oelbermann.

“This could signal lower potential runoff or loss of nitrogen,” she says.

However, the composted food waste had a significantly lower nitrate and ammonium content than the other treatments followed by the biosolid treatment. “This could signal lower potential runoff or loss of nitrogen,” she says.

“For year one we conclude that the addition of biosolids, anaerobic digestate and composted food waste had no negative effects on soil when compared to standard farming practices,” Oelbermann says. “The biobased residues also did not significantly influence GHG emissions nor crop yield among treatments.”

Whalen says biobased residues are widely believed to be difficult to use on farms, but Quebec producers should be aware that it could be profitable to use biobased residues on their farms, particularly if they are eligible to receive credit payments under the province’s C&T program.