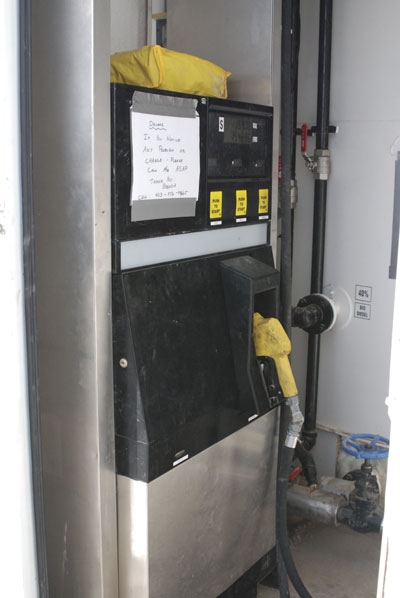 As corporate policy, tractor manufacturers understand the importance of biodiesel. Driven by a philosophy to get behind farmers, all major manufacturers of biodiesel recommend and provide warranties on at least some level of biodiesel blend. With all manufacturers, the biodiesel must meet minimum ASTM D6751 standards. “The interest in biodiesel has gone down some, especially in the United States. Two years ago it was all the rage, and everything had to be B20 compliant. Now, we don’t get nearly as many request for information on biodiesel use,” explains Adam Reid, marketing manager with Versatile in Winnipeg, Manitoba.

Reid says that all new Versatile tractors utilizing the Cummins engine are B20 biodiesel compliant. He says if the tractor model is more than a few years old, the specifications should be checked to see if it can be run on a biodiesel blend. The older models may require some modifications in fuel filters and other fuel line components in order to run on biodiesel.

While lower biodiesel blends can be good alternatives to petro-diesel, and can improve lubricity and emissions, higher biodiesel blends come with a caveat. The United States Department of Energy says that B100 contains eight percent less energy per gallon than No. 2 diesel, and can reduce power, torque and fuel economy by seven to 12 percent. However, they also report that B5 or less will not cause noticeable differences in performance, and B20 blends will lose only one to three percent in power, torque and efficiency.

Roger Lewno with CaseIH Steiger says that B5 can be used in all Case IH engines, while B20 up to B100 can be used in most medium to high horsepower tractors, combines, windrowers and sprayers with proper protocols. “Except for the equipment with Cummins engines, all of our engines are capable of running up to B100 with certain limitations,” explains Lewno. The Steiger 535 4WD tractor model uses the Cummins QSX15 engine, while the rest of the Steiger 4WD line has a CaseIH engine.

John Deere approved the use of B5 biodiesel in 2001, and while B5 blends are still preferred, biodiesel concentrations up to B20 can be used in all John Deere engines, providing the biodiesel used in the fuel blend meets the standards set by the American Society of Testing Materials (ASTM) D6751.

John Deere-approved fuel conditioners containing detergent/dispersant additives are recommended when using lower biodiesel blends, but are required when using blends of B20 or greater.

The AGCO, Massey Ferguson and Challenger tractors with AGCO Sisu Power engines are approved for biodiesel use up to B100, similar to the Deutz engines in the Fendt tractors. However, some of the smaller Massey Ferguson and Challenger tractors using the Perkins (Caterpillar) engines have a different, somewhat more limited, recommendation on biodiesel.

For example, the Caterpillar Challenger tractor line currently using CAT C9, C15, and C18 ACERT engines that are capable of burning up to B30 biodiesel per CAT standards; to comply with Caterpillar’s fuel specifications the biodiesel and mineral components of the fuel have to meet EU EN14214 and EN590, respectively (ASTM D6751 and ASTM D975 for the US)

Each manufacturer recommends that farmers talk to their local dealer to double-check that their equipment is biodiesel compatible and if any equipment modifications are required.