Investigating fertility and seeding dates to break through the yield ceiling. 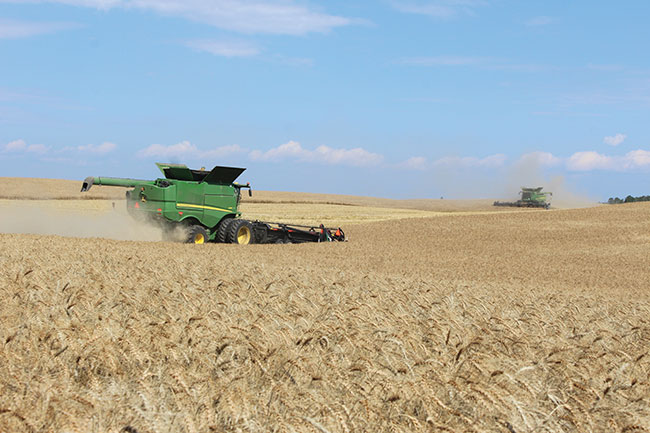 Stuck in neutral. That’s how advances in winter wheat yield can be described. With yields ranging in the 60 to 70 bushel per acre range over the past 15 years, researchers are looking at what inputs could be managed better to improve yields.

“When you look at the genetic potential of varieties, winter wheat could be yielding over 100 bushels per acre,” says Ken Gross, head of conservation programs with Ducks Unlimited Canada in Brandon, Man. “I think we can do better.”

Ducks Unlimited recently began fertility studies to see if that yield ceiling could be broken. Gross says that they thought that nitrogen (N) could be the limiting factor, as pushing N past 1.5 pounds N per bushel does not seem to increase yield.

“We thought that taking a more balanced approach, especially with potassium, might help to increase yield,” Gross says.

This approach has been tested over the past two years, 2019-20 and 2020-21. In the 2019-20 research, three winter wheat varieties were sown in the fall of 2019, Elevate, Gateway and Wildfire, at Melita, Roblin, Carberry, and Arborg, Man. All sites were sown in mid-September.

Two fertility programs were compared. The first was called the “Producer Practice,” which was 100 pounds per acre of urea plus Agrotain broadcast in the spring and 30 lbs./ac phosphorus (P) banded at seeding in the fall.

The second was called the “Balanced Fertility Practice” and was based on fertility recommendations from Western Ag Plant Root Simulator (PRS) soil probes. Fifty per cent of the recommended N was banded at seeding and the other 50 per cent broadcast as urea plus Agrotain in the spring. In addition, site specific P, K, sulphur (S) and micronutrients were banded in the fall. The spring N top-dressing occurred between May 4 and May 12, depending on the location.

“The main focus was applying at least half of the nitrogen in the fall, while also adding some potassium and increasing rates across the big three nutrients. The issue is that early N is critical as the seed head is produced by the fifth leaf stage. Ensuring proper nutrition is available to the early growing plant promotes the growth of a productive, healthy seed head which should maximize the yield potential of the crop,” says Alex Griffiths, an agrologist with Ducks Unlimited in Brandon, Man. “The trouble is that a regular Manitoba spring is either too wet to get on the field, or too dry to get the nitrogen to the root zone. Adding more P and K in the fall also increases the availability of immobile nutrients in cold soils.”

For the 2020-21 growing season, the same Producer and Balanced fertility practices were applied at the same sites. Top-dressing dates ranged from as early as April 9 at Melita to April 29 at Arborg.

Yields were impacted by drought, the Melita site got hail in mid-late July, and the Roblin site had so much fertility already in the soil that the balanced treatment called for less fertilizer than the 100 per cent spring-applied treatment says Griffiths. Only the Arborg site had significantly higher yield (47 bu/ac) with the Balanced approach compared to the Producer approach (44 bu/ac).

In terms of protein content, in both years, it was more likely to be influenced by winter wheat variety than fertility management.

Results from these two trial years show that a Balanced approach could be a better option than applying all the N in the spring, but more research is required over a number of years to better assess the potential benefits and economics of the Balanced approach. 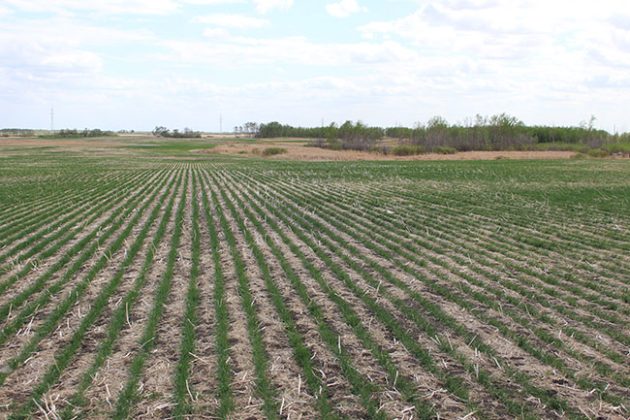 Lawley’s research started  with the 2013-14 winter wheat growing season and ending with the 2017-18 growing season for a total of four years. It was conducted across Western Canada at 13 locations, but not at every site in every year. Six seeding dates of Aug. 15, Sept. 1, Sept. 15, Oct. 1, Oct. 15 and Nov. 1 were compared, at a seeding rate of 45 seeds per square foot, and either a seed treatment with Raxil Pro or no seed treatment. Flourish winter wheat variety was grown in each year.

“Flourish is only rated Fair for winter hardiness so the results of the research are probably fairly conservative,” Gross says.

“In Manitoba, August 15 to September 15 would be the best timing, and producers know seeding early is the best practice for maximizing yield potential with most of their crops, and winter wheat is no different. However, Mother Nature doesn’t always cooperate, Gross says. “It’s great to have research available that shows producers can seed winter wheat later into the fall and still get a good crop.”

Some sites also saw a benefit to seed treatment. These were usually where seeding occurred in October.

“Basically, if you want to push winter wheat yields, focus on balanced fertility and an early seeding window,” Gross says. 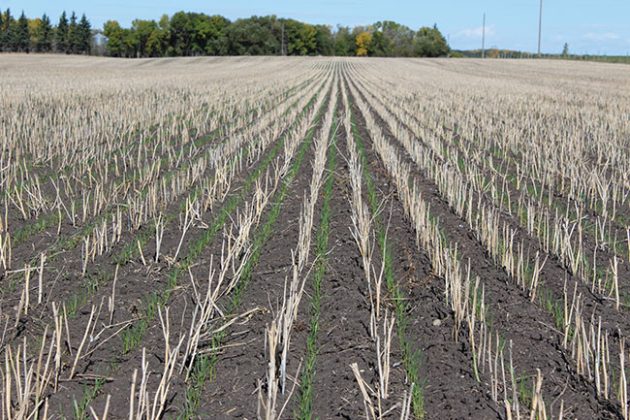 Drought showed the benefit of winter wheat
Some of the advantages of winter wheat are that it can use early season spring moisture in dry areas, and can avoid mid-summer heat stress and drought better than spring wheat. Griffiths says these advantages were very apparent in the 2021 drought. He runs an incentive program where he follows about 20 farmer fields in southwest Manitoba from fall seeding to harvest.

In the drier areas (Reston, Gladstone, Roblin) yields were 43 to 50 bu/ac, while areas that received more moisture (Shoal Lake, Dauphin, Brookdale) had yields from 60 to 85 bu/ac, with the average around 70bu/ac.

“The interesting thing was the how exaggerated the yield advantage of winter versus spring wheat was due to the drought. The areas getting 45 bu/ac winter wheat would only get 35 bu/ac spring wheat, and the areas getting 70 bu/ac winter wheat only got 50 bu/ac spring wheat,” Griffiths says. “The ability to utilize whatever early spring snowmelt/moisture really helped when the growing season has well below normal precipitation and above average heat.”

Looking forward to the 2022 winter wheat harvest, Griffiths says the winter wheat crop was sown in late August and the first week of September 2021, which is ideal. Seeding was followed up with warm weather until the end of October, allowing the development of very healthy plants  with big crowns going into winter. Excessive snowfall in Manitoba created a thick insulating layer to reduce winterkill, and should provide a good spring melt to get the plants started.

“Knock on wood, things are looking fantastic on all fronts,” Griffiths says.