In recent years, some agronomists have been using the Base cation saturation ratio (BCSR) approach to interpret soil test results to develop fertilizer recommendations. This approach attempts to balance specific soil cations according to varying ratios to “balance” nutrient levels in soil.

To understand the pros and cons of this approach we need to review a bit of soil chemistry. First, cations are positively charged elements that occur naturally in soil. Common cations in soil that contribute to higher soil pH (basic soil) are: potassium (K+), calcium (Ca++), magnesium (Mg++) and sodium (Na+). Two cations that contribute to soil acidity are: hydrogen (H+) and aluminium (Al+++). The number of positive charges varies depending on the element; for example, K has one positive charge, but calcium and magnesium each have two positive charges.

The amount of cations a soil can hold is termed “cation exchange capacity” (CEC) of soil. It is important to note there are two main types of clays in soil. Smectite clays have a relatively high CEC, hold water well, and will expand and contract when wetted and dried. Kaolinite clays have a very low CEC, and do not swell and contract when wetted and dried. Smectite clays are typically the dominant type of clay in western Canadian soils. It is for this reason that medium to fine textured soils (loam - clay loam - clay soils) typically have moderate to high CEC, and have a good capacity to hold positively charged soil nutrients. Soils that tend to have mostly kaolinite clay are typically very old, highly weathered. Soils with higher kaolinite clay are found in areas such as the southern areas of the United States, areas in Australia and tropical soils.

The BCSR term is used to indicate the ideal proportion of the exchangeable cation nutrients K, Ca, Mg and H. This approach was proposed by Bear and co-workers in 1945, based on a greenhouse experiment in New Jersey. Bear et al. (1945) suggested that in the ideal soil, Ca, Mg, K, and H should occupy 65 per cent, 10 per cent, five per cent and 20 per cent of the cation exchange capacity, respectively. The approach was intended to make K, Ca and Mg fertilizer recommendations. The BCSR approach was not intended for recommending nitrogen (N), phosphorus (P), sulphur (S) or micronutrient fertilizers. Their approach might apply to soils that are dominated with kaolinite clay, have a very low cation exchange capacity, very acidic soils and soils that are highly weathered. Soils with all these characteristics would be extremely rare in Western Canada.

In Nebraska, fertilizer recommendations using BCSR were compared with those from the sufficiency level approach. Over nine years, Olson et al. (1982) compared BCSR and sufficiency level approaches for making fertilizer recommendations. They concluded that cation balance in soil is not an essential consideration in estimating crop nutrient needs. They also stated: “The nutrient sufficiency approach to soil testing, when adequately calibrated, promised the surest method of achieving most economic yields while conserving non-renewable resources and preserving environmental integrity.”

Rehm and Sorensen (1985) reported that adjusting K:Mg ratios did not affect corn yields in Nebraska.

A very extensive review paper on BCSR, published in the Soil Science Society of America Journal by Kopittke and Menzies (2007), concluded that: “Within the ranges commonly found in soils, the chemical, physical, and biological fertility of a soil is generally not inﬂuenced by the ratios of Ca, Mg, and K. The data do not support the claims of the BCSR, and continued promotion of the BCSR will result in the inefﬁcient use of resources in agriculture and horticulture.”

In summary, after review of research comparing the BCSR and sufficiency level approaches to making fertilizer recommendations, it appears that plants are more sensitive to actual K, Ca and Mg levels in soil versus the cation ratios present in soil. Generally, a review of scientific research would suggest the sufficiency level approach for plant available K, Ca and Mg in soil is superior to base cation saturation ratios for predicting crop response to fertilizer. 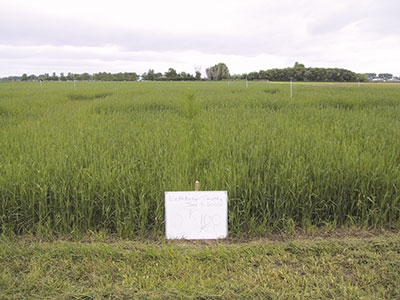