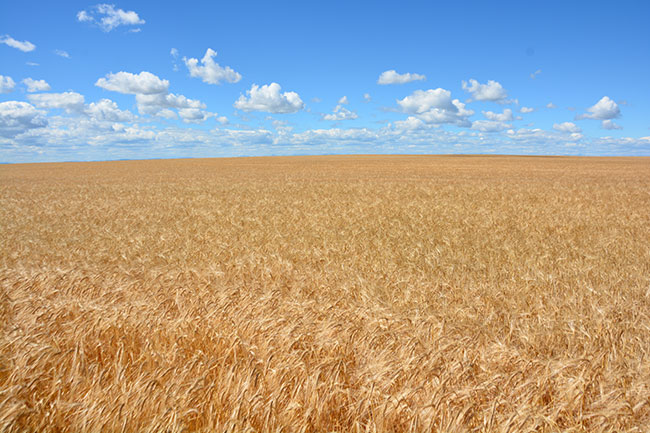 For this and other reasons, the recent assembly of the first Canadian barley reference genome represents a significant accomplishment, says Ana Badea, a research scientist in barley breeding and genetics for Agriculture and Agri-Food Canada (AAFC) based in Brandon, Man.

The genome for AAC Synergy, a two-row malting barley developed at AAFC’s Brandon Research Station that is widely adapted to Canadian growing conditions, was published earlier this year.

“Assembling big genomes is not easy,” Badea says. “However, it is worth the effort since having a reference barley genome is like having a blueprint, and like with any blueprints, [once you have it], things get a lot easier.”

The work for assembling the barley reference genome, which falls under the TUGBOAT umbrella, was led by bioinformatics expert Wayne Xu, who works at AAFC’s Morden Research and Development Centre in Manitoba, aided by a team of researchers across the country with expertise in barley and oat.

“These days, the process of sequencing an entire genome is easier than it was just a few years ago due to the new sequencing technologies available. However, assembling a large genome like barley is still not an easy task,” Badea says. “Doing this type of work requires bioinformatics experts and hardware that can compute these large data sets.”

TUGBOAT began in 2019 and will run until 2024. One of its main objectives is to complete genome sequences for barley and oat and use these to ease breeding efforts, Badea says.

Work on the reference genome for AAC Synergy, a two-row malting barley, began in the fall of 2019, immediately after TUGBOAT was green-lit. By September 2020, the team had submitted a manuscript detailing genome assembly to a scientific journal; the paper was published in early 2021.

“It is safe to say that the work, which involved tissue material generation and collection, high molecular weight DNA extraction and sequencing, curation and assembly of sequencing data, just to name some of the main steps involved with this activity, took less than a year,” she says.

“Canada is a world leader when it comes to barley. To maintain our position, we need to understand the genetic code of Canadian barley and what makes it unique,” she says.

“From our current primary genome comparison study, with either Morex or Golden Promise, we have learned that they share large genome-scale similarity, but we expect that there will be differences in small region-scale and gene levels related to quality, maturity, tolerance to biotic and abiotic stresses, etcetera, that could all have important implications for breeding.” 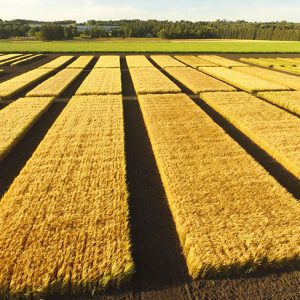 Molecular tools resulting from the project could mean that only breeding lines with improved malting qualities could make it to trials. Photo courtesy of Ana Badea. 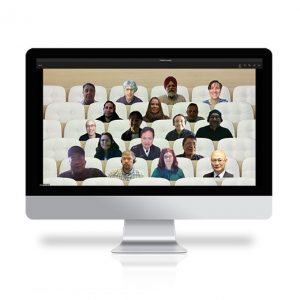 TUGBOAT team members. One of the project’s main objectives is to complete genome sequences for barley and oat and use these to ease breeding efforts. Photo courtesy of Ana Badea.

These cultivars belong to different lineages, she explains, and are all core to Eastern and Western Canadian barley breeding programs; most likely, they contain important structural variations.

“FHB resistance is complex, since it is quantitative and polygenic,” Badea says. This means its traits are produced by the cumulative effects of many different genes. “They can be affected by the environment, making breeding FHB-resistant varieties very challenging. We anticipate that the information generated in the coming years by our project will enable the breeders to conduct a first screening in the lab based on AAC Connect annotations for a given AAC Connect-derived breeding population,” she explains.

This means it’ll be harder to miss FHB-resistant genes, and it will make the breeding process more efficient by reducing the number of lines tested in the field nursery.

Across Canada, FHB is the top disease affecting wheat and barley; it reduces yield and also quality, as it contaminates grain with mycotoxins that are harmful for human and animal health. The mycotoxin of main concern to the industry is deoxynivalenol (DON), also known as vomitoxin. In Canada, maximum residue limits of DON are set at one part per million (ppm), although Badea says levels as low as 0.5 ppm can result in shipments being rejected.

Given the high stakes for the industry, producers are used to deploying several strategies in FHB management, but Badea says that one of the best strategies is the use of barley varieties with built-in resistance – so the reference genome is good news for barley breeding.

But it won’t just come in handy for disease resistance breeding. It might also help breeders develop varieties with improved yields and malting qualities.

“Currently, in the malting barley breeding programs, testing for malting quality takes place only later in the process due to several limitations, such as the high cost per malting analysis and the limited amount of grains for the breeding lines in the early generations,” Badea says. Molecular tools resulting from the project could mean that only breeding lines with improved malting qualities could make it to trials.

“The final goal is that the breeders will have access to new tools to use in their selection process and develop improved varieties for the benefit of the Canadian farmers, malt-makers, beer-makers and – why not – beer-drinkers,” Badea says.

“For example, in the future, if the malt-houses and breweries suddenly require malting barley with a different malting profile, we would be able to more quickly focus on that in our breeding, thanks to the genomic information that our team will be uncovering.”

Last year, an international consortium of researchers led by the Leibniz Institute for Plant Genetics and Cultured Plant Research published the genomes for 20 different barley genotypes, marking a first step toward publishing the barley pan-genome – or the genetic information for multiple varieties of a species.

But the TUGBOAT researchers’ efforts are ultimately geared toward improving varieties for Canadian farmers.

“Better barley ultimately translates into benefits for our farmers and end-users and, of course, our economy,” Badea says.