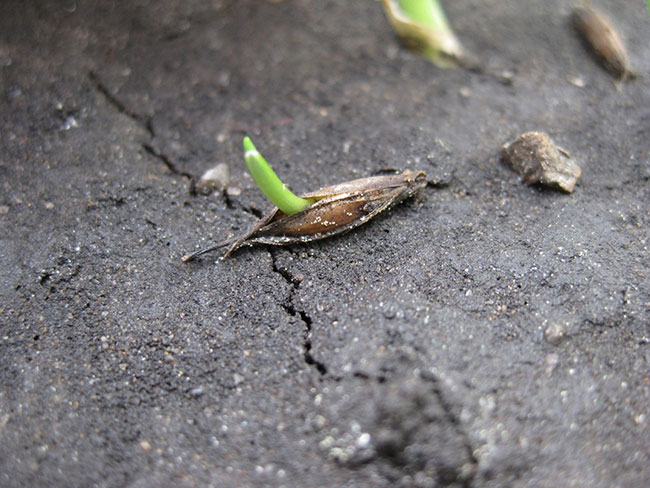 Which weeds will cause western Canadian farmers the most grief five years from now, in 2026?
Kochia and wild oat. These two weeds have been a problem for a long time. Wild oats have been in the top five weeds in weed surveys since the 1970s and kochia is an up and coming problem, although in some areas it’s a very established problem.

But there are two other weed species that aren’t established here in Western Canada that, if they do become established, will be very scary weeds to deal with.  The first is Palmer amaranth. It is a very difficult weed to control in the U.S., and it recently became the first broadleaf weed species to become resistance to glufosinate (Liberty) in the world.

The other one is waterhemp. It is a problem in Ontario, and glyphosate-resistant waterhemp has been found in Manitoba.

What are the best practices if a farmer has Group 1 + Group 2-resistant wild oats?
The first answer is that you should be using all the same practices that you should have been using before you developed resistant wild oats. Use alternative modes of action. Look at layering of alternative modes of action. Use good crop rotations. Increase seeding rates for a more competitive crop. Incorporate mechanical control like silaging if possible. Use patch management.

Test the wild oats to determine what resistance you have, or at the very least keep good notes and scout. Cross-resistance in Group 1 and Group 2 herbicides is hard to determine, so you have to test to see what herbicides are still effective in those Groups, if any.

What about field horsetail?
If you have it in your field, you know that it is hard to control. There aren’t any really good recommendations for control. It reproduces by rhizomes and spores. The green growth that herbicides are applied on is only vegetative growth, so it isn’t controlling the reproduction structures. I don’t believe there have been any studies looking at controlling the reproductive structures. It’s an area that needs work but is tough to work on as the impact can be quite localized.

If you could receive unlimited funding, what would you research?
There are so many, but two in particular right now would be interesting to look at. The first is looking at integrated weed management of wild oat, and how the initial wild oat density would affect the wild oat control. This has huge implications on how well integrated practices might work under high wild oat pressures.

The other is something I’ve noticed over the last few years, and that is broadleaf weeds with three cotyledons – tricots. I’ve seen it in cleavers, lamb’s-quarters and shepherd’s purse. We don’t know what it means, how frequent it is, relationship to seed production, or resistance development. It’s a big question mark, which makes me want to dig in and learn more.

What weed control practices have been successful?
There is a better understanding of integrated weed management practices because of the work of some of AAFC’s former weed scientists like Neil Harker, Bob Blackshaw, and Hugh Beckie. As far as weeds go, the problem for individual weed species can be cyclical. They disappear for a few years and then come back to be a problem. And that is likely related to weather patterns.

What weed issue has been the most surprising in your career?
For me, I think it has been how much weed issues change over the years. One year we had a really wet season, and one weed that had never been observed was all over a field – marsh cudweed. Neil Harker had seen that field for 30-plus years and had never seen the weed there before.

Has there been any gene sequencing to compare wild oat populations between countries?
Wild oat is a very complex genome so gene sequencing is very difficult and expensive. I’m not aware of any sequencing that has been done on the whole genome. There’s been some sequencing of herbicide resistance markers, but not the whole genome. There were studies in the ’80s and ’90s in the U.S. that looked at wild oat populations from the U.S. and Canada. They found there were different biotypes that emerged at different time, shattered differently, and varied in seed production. But they didn’t look at product performance. 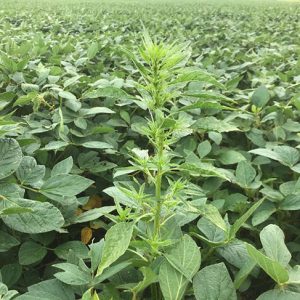 Glyphosate-resistant waterhemp is a huge problem once established. Photo courtesy of TAMMy JONES. 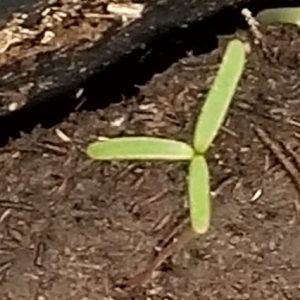 Tricot broadleaf weeds are showing up but little is known about them. Photo courtesy of Breanne Tidemann.

What are your thoughts on not applying herbicides in years with low wild oat population?
It depends on what other practices you are using if you aren’t applying a herbicide. Can you prevent them from setting seed? Are you harvesting early to prevent seeds from maturing, or are you harvesting and spreading seed around the field? Using multiple tactics will be beneficial. Economics come into play as well.

What can be done to slow the development of glyphosate-resistant wild oats?
First, add another herbicide that is effective on wild oats when using glyphosate in a pre-seed burndown. Use all the integrated strategies that can help keep wild oats under control.

If you think there aren’t alternatives, make sure this is the case. Maybe there are soil-applied herbicides that you don’t want to use but would be effective. If no other options, try to reduce the numbers that are being selected with the herbicide. Look at using alternative management strategies to try to keep the herbicide resistant population down. Seeding rates, crop rotation, layering, and physical management with patch management.

What one weed management tactic that more producers should know about?
I think it is more about “what do I wish producers knew about weed science.” What I want to emphasize is that we aren’t researching solutions. There will never be a tactic that will complete solve or eradicate a weed management problem in my opinion. Every tactic that you apply to a weed adds selection pressure. Mother Nature always wins. We are researching tools to better manage weeds but we need to stop expecting a silver bullet solution to solve the problem.