Surveys are under way to confirm the extent of the issue on Saskatchewan lentils. 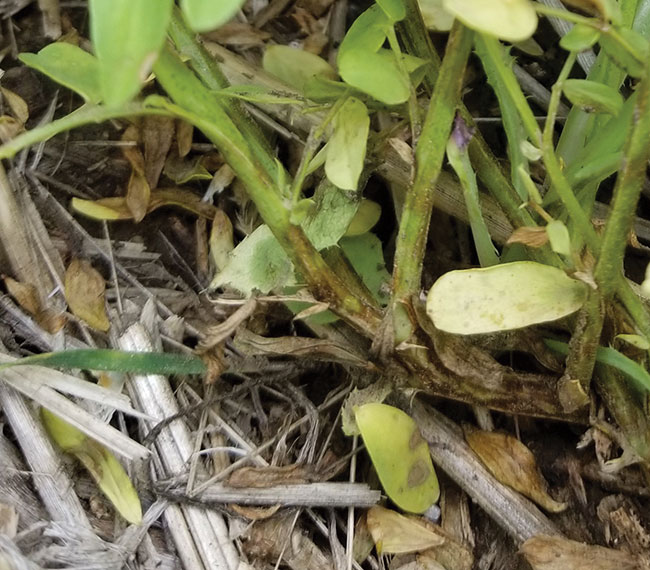 Anthracnose insensitivity to the strobilurin (Group 11) foliar fungicide group shouldn’t come as a surprise. This group is rated as high risk for developing insensitivity, and the first confirmed report of Group 11 insensitivity occurred in 2003 with Ascochyta rabiei on chickpea. More recently, a 2019 survey led by Michelle Hubbard of Agriculture and Agri-Food Canada (AAFC) in Swift Current, Sask., took 48 samples from 44 commercial chickpea fields. The survey found that all 33 samples (from 29 fields) in which A. rabiei was detected had Group 11-insensitive A. rabiei.

“Strobilurins are known as a group with a tendency where insensitivity develops quickly. Growers are using specific single-mode foliar fungicides too frequently on lentils in tight rotations, so I’m not surprised at all that anthracnose insensitivity developed,” says Dale Risula, provincial specialist – special crops, with the Saskatchewan Ministry of Agriculture in Regina.

“A lentil grower in Saskatchewan notified us that his fungicide wasn’t performing as expected on anthracnose. We collected some samples, screened for insensitivity, and confirmed Group 11 insensitivity,” says Lori Yarnell, technical market specialist – fungicides with BASF in Calgary. “Molecular screening also found that there was cross-resistance to all Group 11 fungicides.”

“The survey wasn’t a true random survey, because we went looking for problem fields, so I wouldn’t want to say how prevalent Group 11 insensitivity was across Saskatchewan, but we did find it in multiple lentil-growing regions,” Yarnell says.

BASF subsequently notified provincial and federal plant pathologists, and an industry task force was set up to further investigate the problem.

In 2020, Hubbard, pulse pathologist with AAFC in Swift Current, Sask., led a survey looking at fungicide insensitivity in anthracnose of lentil. Saskatchewan Ministry of Agriculture staff and private agronomists collected samples from more than 100 fields in over 60 rural municipalities.

“We haven’t finished entering and organizing all the agronomic and disease data collected, nor have we even been able to start analyzing the samples,” Hubbard says. “Along with Bruce Gossen of AAFC Saskatoon, we plan to use molecular (DNA-based) and other tests to look for insensitivity for Group 11 fungicides. If we’re successful in obtaining funding, we also aim to test for insensitivity to Group 3 and 7 fungicides.” 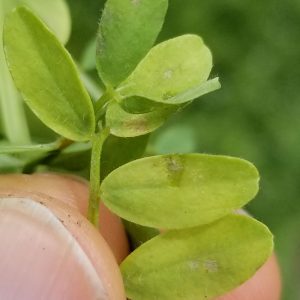 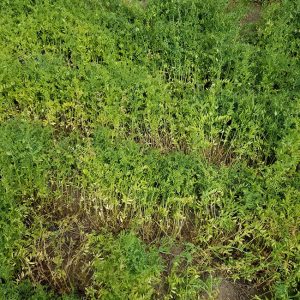 Managing the problem
Using an integrated approach to disease management can help reduce the risk of fungicide insensitivity developing. Risula says following recommendations from the Fungicide Resistance Action Committee (www.frac.info) can help slow or reduce the impact of fungicide insensitivity – not only for anthracnose, but for other plant diseases as well. “It is really about going back to the basics of crop rotation, rotating fungicides and scouting fields,” Risula says.

Crop rotation is important. A four-year crop rotation with a three-year break between lentil crops reduces the amount of the anthracnose pathogen left over to cause infection.

Some varieties of lentils are resistant to anthracnose race Ct1, but unfortunately, race Ct0 is the predominant race in lentil-growing areas of Western Canada. All lentil varieties are currently susceptible to Ct0. “So far, we haven’t seen the same level of resistance development with anthracnose in lentil as there has been with ascochyta resistance in chickpea,” Risula says.

Scouting is key in both determining the need for a foliar fungicide application and in determining the effectiveness of the fungicide. Use of a disease decision support checklist will help guide the need for a foliar fungicide application. Lone Buchwaldt of AAFC Saskatoon, Godfrey Chongo with BASF, and Bruce Gossen with AAFC developed one for anthracnose in lentils, which is available from the Saskatchewan Pulse Growers. The crop is scouted between the 10 node and early flowering stages. Plant stand, rain in the past 14 days, the five-day weather forecast and symptoms on the plant are entered into the scorecard. Based on these factors, a fungicide recommendation is provided.

FRAC recommends that the use of fungicides containing only a Group 11 active ingredient should be minimized. Tank-mixing or applying fungicides with multiple modes of action, if registered, is a good strategy. Fungicide groups should also be rotated to help slow the development of fungicide insensitivity.

For anthracnose insensitivity to Group 11 fungicides, there are good alternatives. Groups 3, 7, M5 and M3 are registered for anthracnose control in lentil. Some are sold as a single mode of action while others are available with multiple modes of action.

Caution is advised, however, when selecting a fungicide with a Group 11 in a tank-mix. It may or may not control populations insensitive to Group 11s. The activities of individual components of a fungicide on individual pathogens are not always known, and when multiple modes of action are combined they can be more effective than the individual components. For example, a fungicide that has Group 7 + 11 modes-of-action will need to rely on only the Group 7 mode of action to control the insensitive population.

“A grower should contact the manufacturer to see if the mode of action will control the disease. Unfortunately, manufacturers can’t comment on the activity of individual actives if the disease isn’t registered on the single mode-of-action label,” Yarnell says.