Growers who want to include more pulse crops in their rotations need information on where in the rotation to add the pulses for the most benefits. So, a Saskatchewan project is underway to look more closely at one possible rotational effect: whether growing canola right before a pulse crop affects the amount of nitrogen fixation in the pulse. 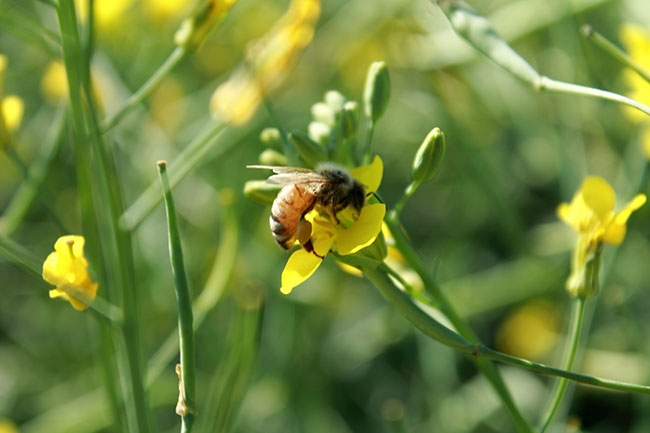 Diane Knight, a professor in the department of soil science at the University of Saskatchewan, is leading the project. She explains that this current project grew out of conflicting findings from two previous studies that she led.

The first study made use of an existing, long-term crop rotation experiment at Scott, Sask. That long-term experiment started in 1998, so the rotations’ effects on the soil environment were well established by the time Knight conducted her study from 2008 to 2010. She examined the effects on nitrogen fixation in pea of several crop sequences: continuous pea, pea-wheat, pea-canola-wheat, and pea-wheat-canola-wheat.

“At the Scott site, we found that, when canola was in the rotation, there was actually more fixation in the pea year,” Knight says. “We weren’t sure if the increased fixation was due to the canola itself or to the fact that the rotations with canola had a broader mix of crops. So, it was interesting just to see that the rotation influenced the amount of nitrogen fixation.”

The second study, which took place from 2011 to 2014, evaluated rotational effects on nitrogen fixation in the context of an existing rotation experiment at Swift Current. The rotations included pea, lentil and chickpea in various sequences with wheat and mustard, which is a Brassica crop like canola. Knight and her research team compared the effect on nitrogen fixation depending on whether wheat or mustard was grown right before the pulse crop.

“At the Swift Current site, we saw quite a drastic reduction in nitrogen fixation after a mustard crop, particularly in the lentil and the pea and a little bit less so in the chickpea,” she notes.

“So, we started to wonder what is it about these Brassica crops that was affecting nitrogen fixation quite differently it seemed, depending on where you were in the province?”

To follow up on these differing results, Knight and her research group developed the current project. It is assessing the effects of canola versus wheat grown right before field pea or lentil at multiple Saskatchewan sites. The researchers want to determine how widespread is the problem of canola’s inhibition of nitrogen fixation and to identify soil characteristics that might be influencing whether or not this problem occurs.

The project runs from 2017 to 2020 and is funded by the Saskatchewan Pulse Growers. One of Knight’s Masters students is working on the project. The fieldwork is taking place in farmers’ fields in the context of the existing rotations in the fields.

“When looking at rotational effects, we need to have fields with ongoing rotations that have been repeated over and over again in order to see impacts that are really affecting farmers’ crops,” Knight explains.

The project is comparing pairs of nearby fields, where one field has a pulse on wheat stubble and the other has the same pulse on canola stubble. Each pair is within about a mile of each other so the soil and weather conditions will be similar. The project team is aiming to collect data from at least six pairs of fields per year over the project’s three field seasons, and to include sites in each of the Brown, Dark Brown and Black soil zones every year.

A Saskatchewan project aims to see if growing canola before a pulse crop inhibits nitrogen fixation in some situations.